Rating the CONCACAF Teams at the World Cup 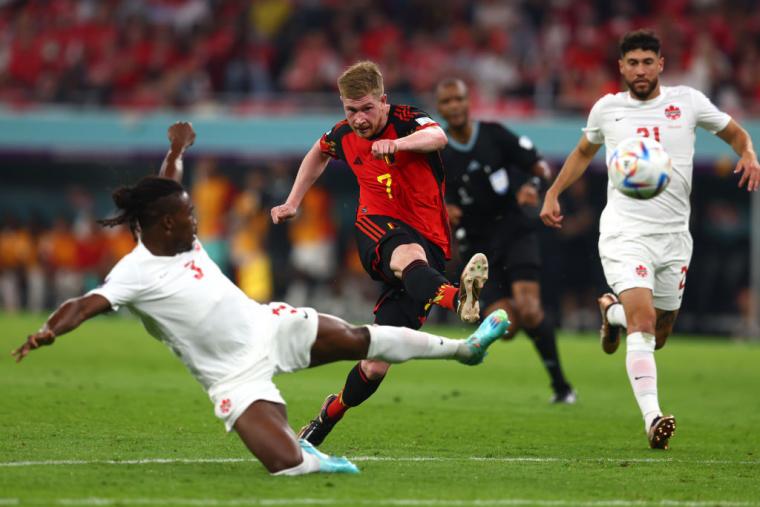 Rating the CONCACAF Teams at the World Cup will not be easier with the first round of group-stage matches in the books. Canada finished the World Cup qualifying group in first, with Mexico and the U.S second and third, and Costa Rica coming in fourth and beating New Zealand in the play-off match. But how do they rank after week one of the World Cup?

Costa Rica’s first match against Spain was an embarrassment and a reason why they are the worst CONCACAF team at the World Cup. The team only totaled 165 passes, compared to Spain’s 945 passes. They only held 18% of the possession compared to Spain’s 81%. They also failed to record a single shot, as they were too busy defending Spain’s 17 shots (eight on target). With the little possession Costa Rica had, they still managed to be called offsides seven times.

No player on the team created a chance with the best offensive performance coming from Sunderland’s Jewison Bennette, who had two crosses (one accurate). With all the pressure Spain was giving Costa Rica, the highest clearances came from Oscar Duarte with just four. It is safe to say that it will not be pretty for the small Central American nation as the group stage moves on, with powerhouse teams of Japan and Germany due next.

Mexico fans have some hope after hearing Argentina lost to Saudi Arabia during their first group stage match. The team seemed like the better side against Poland, however they struggled to finish in the final third. Mexico maintained 61% of the possession and 11 shots (four on target). However, they failed to capitalize on several opportunities to get a goal in the back of the net. Poland almost took the victory, however Mexico legend Guillermo Ochoa came in the clutch to save Robert Lewandowski’s penalty.

Mexico’s wingers played well after a disappointing performance from striker Henry Martin. Alexis Vega had five shots and three crosses as a left winger and Hirving Lozano had 11 crosses from the right wing. We will wait to see what kind of Argentina team Mexico will face on Saturday, but the key to getting a goal is to utilize their wingers and connect in the final third. Overall, Mexico was better than expected with more improvement needed if they hope to make it to the next round.

One of the most anticipated matches this World Cup is U.S. vs England. With England dominating Iran 6-2, the United States have some preparation to do following a 1-1 draw to Wales. The Americans were the better side with more passes completed and 58% of the possession. However, they only had five shots (one on target) all match compared to Wales’ seven shots (three on target). Despite recording an assist, the team needs to see a better performance from Christian Pulisic. He only created two chances and was poor in set-piece plays.

It’s rejuvenating to see Brooklyn native Timothy Weah back scoring for the U.S., getting his first career World Cup goal. U.S.’s best player was captain Tyler Adams, who recorded five won tackles while holding the midfield extremely well. The key for the Americans to make it out of the group stage is easy: beating Iran by more goals than Wales or losing to England by fewer goals than Wales (or getting a point from the match). It will all come down to Wales and the U.S. for second place, with the Americans confident they will get out of their group as one of the best CONCACAF teams at the World Cup.

Canada’s explosive performance on Thursday proves why they are not a nation to take lightly. They gave second-ranked Belgium a very hard time while outplaying them the entire match. A missed penalty by Bayern Munich’s Alphonso Davies failed to put Canada on the board. A costly mistake from their defense led to Michy Batshuayi giving Belgium the lead. Canada had a total of 21 shots (three on target) compared to Belgium’s seven shots (two on target). Striker Jonathan David recorded a total of seven shots, but with none on target.

Defensive right midfield Richie Laryea was the playmaker for Canada with four chances created. Though losing, Canada proved why they are the best CONCACAF team at the World Cup and why they now have an opportunity to get out of the group. The match against Croatia will be the decider of who gets second place. With the 2018 runners-up tying against Morocco, this opens the door for Canada to get results and take that second place from Croatia.

What Saudi Arabia’s Historic Win Means for the Country
Will Neymar’s Injury Affect Brazil During the Group Stage?