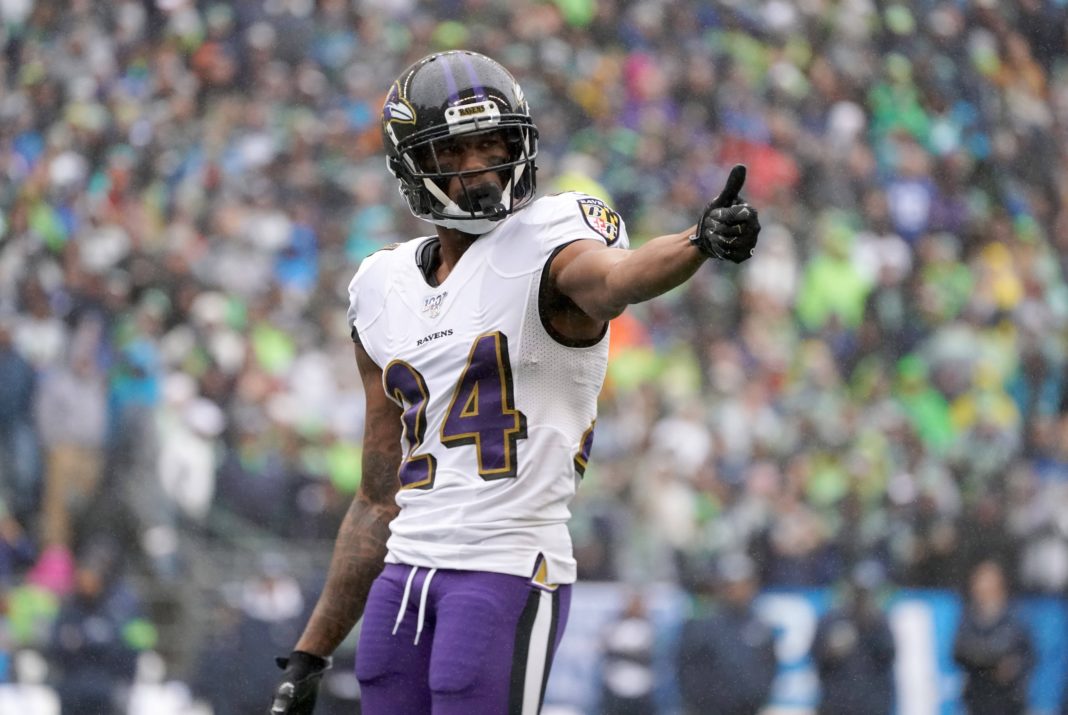 OWINGS MILLS, Md. — The Baltimore Ravens announced Saturday that they have agreed to a contract extension with star cornerback Marcus Peters. The terms of the deal were not disclosed by the team, but according to ESPN’s Adam Schefter, the extension is for three years and $42 million with $32 million guaranteed.

“It takes stress off of me,” he said. “We’ve tried to be proactive. It’s just a mindset that we’ve tried to adopt. We thought this would be a really good time for us to get started. We talked about how we could go about getting our best players resigned before they became free agents.”

Peters would have been a top free agent this offseason, following his trade to Baltimore the 26-year-old cornerback has been a key addition to the Ravens defense. A defense that is allowing the fewest points and the second yards in the NFL.

Along with the team success of the Ravens, Peters is having a great season individually. Having five interceptions, three returned for a touchdown, and 14 pass deflections including one to seal the win over the Bills to clinch their playoff berth, and being selected to his third career Pro Bowl.

With breakout quarterback Lamar Jackson on a rookie deal, the Ravens have some flexible spending and have locked up critical figures of their league-leading defense. A move the Ravens hope will continue to bring success in the years to come.