Reacting to the Golden Knights in the Winter Classic 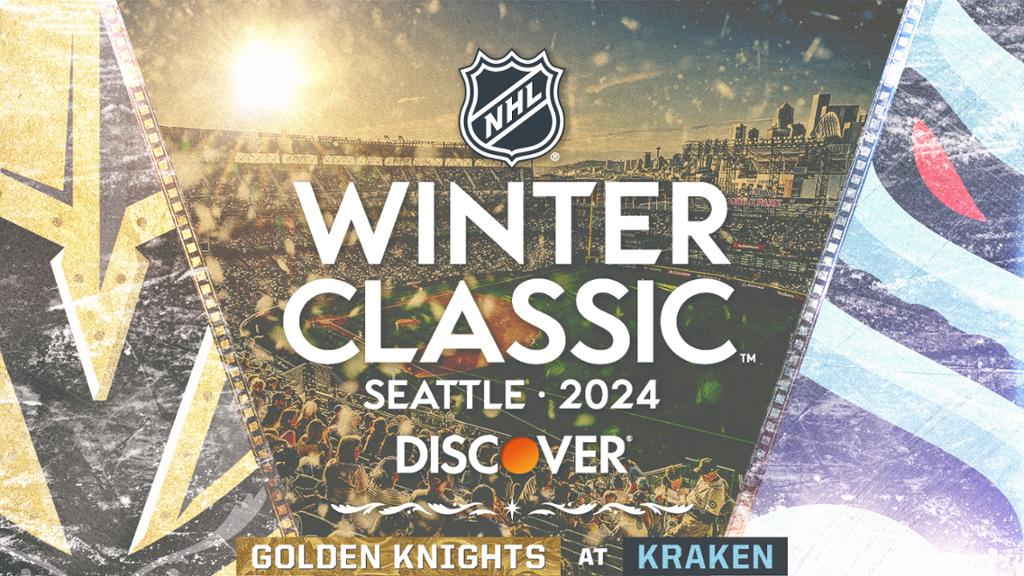 The NHL Winter Classic is an event made to honor hockey’s roots. It’s a marvelous spectacle that showcases amazing matchups in iconic venues. Whether it’s Notre Dame Stadium, Michigan Stadium, or Fenway Park, the NHL always does a good job of highlighting hockey’s nostalgic factor.

Next year’s Winter Classic is an intriguing case study of hockey’s future. The matchup? The Seattle Kraken vs. the Vegas Golden Knights at T-Mobile Park, home of the Seattle Mariners. Not what one would expect, especially when the Vancouver Canucks are a three-hour drive from the Emerald City.

A matchup between the NHL’s newest expansion teams certainly seems unorthodox. Why give airtime to two teams that don’t have much history around them? Wouldn’t the New York Rangers or the Detroit Red Wings be better fitted for this? Hockey traditionalists are losing their collective minds.

It’s not a slight against these franchises. But it might be time for fresh faces when the rotation of teams becomes stale. A product that shows the same thing over and over again loses its luster.

That’s where the Golden Knights and Kraken come in. Hockey fans would get to potentially see Jack Eichel in the Winter Classic. People would see what the Kraken is all about as a hockey franchise. It’s refreshing to see new teams in different venues, specifically two Pacific Division teams against each other. When has that ever happened?

Who knows? Maybe the Kraken get another Winter Classic at Lumen Field (home of the Seahawks) against Vancouver. Maybe the Golden Knights get a Winter Classic of their own (maybe at the new A’s ballpark if they move to Sin City). This might expand to bigger and better things.

Speaking of which, another surprising aspect was the Winter Classic not being played at Lumen Field. Seattle is huge on Seahawks football, so why not play at a venue that’s their home?

The counterargument is that the Mariners are hot right now. They just ended a postseason drought that dated back to 2001 and have superstar Julio Rodriguez. Fans are finally excited about Mariner baseball and it shows, especially in October.

Plus, the Seahawks aren’t the same without Russell Wilson. As goofy as the former Super Bowl champion is, he made that franchise relevant. Why not give the Winter Classic to the venue of the team riding all the momentum?

NHL fans should be in for a treat next year. Both the Kraken and the Golden Knights are good teams right now. Seeing a team in the desert taking on a team from the Great Northwest? What more could you ask for?