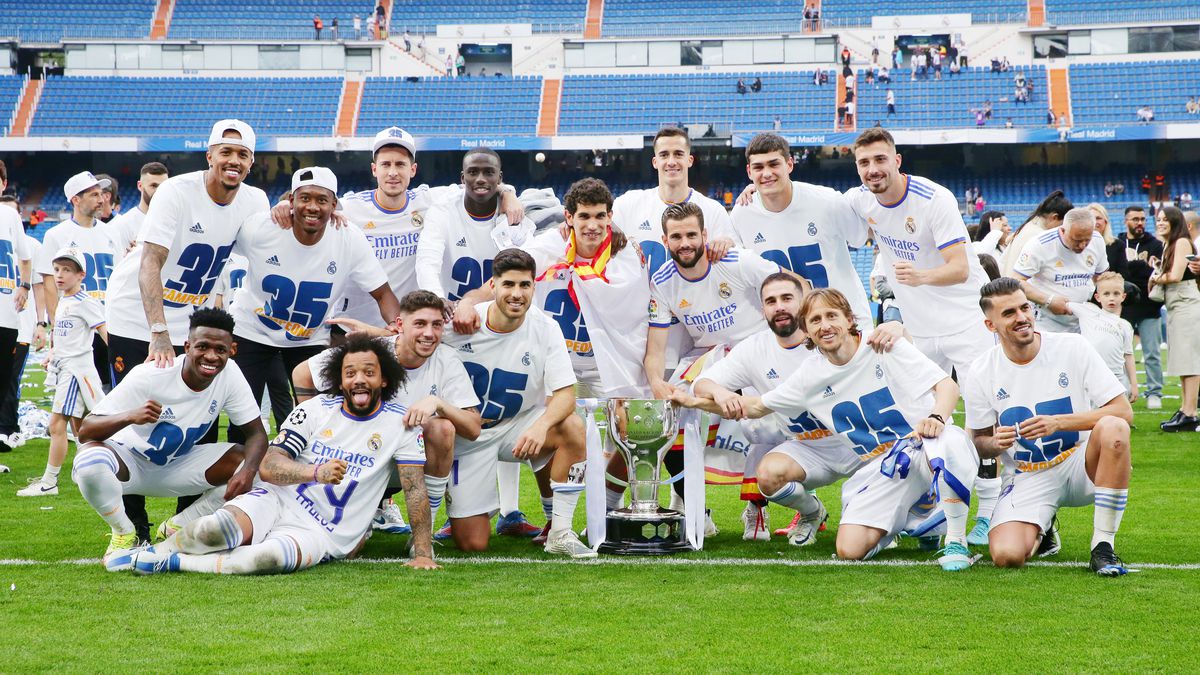 The Spanish Giants win their second trophy of the season, with the hopes for more in 2022. With a 4-0 win against Espanyol at home, Real Madrid are crowed La Liga Champions for the 35th time in their history.

Even with Real Madrid resting Benzema and Vinicius Jr, the goals were pouring in. Rodrygo opened the scoring with two, followed by Asensio, and a goal from Benzema from off the bench.

This is Real Madrid’s first La Liga title since the covid season in 2020. They maintain at 17-point lead from second place Sevilla with four games left in the league to clinch the title.

Real Madrid have won the most La Liga titles, with Barcelona trailing behind them with 26 titles. Carlo Ancelotti has won his first La Liga title, which makes him the first manager to win the league in the top five major leagues in Europe [Serie A, Premiere League, Ligue One, Bundesliga, La Liga].

Ballon D’oro candidate Karim Benzema has not disappointed this season for Real Madrid. He has a huge lead for the most La Liga goals with 26. At the age of 34, he is arguable one of the best strikers in the world.

Benzema is accompanied by Brazilian’s young star Vini Jr, who is third in La Liga in goals with 14. Vini has established himself as a huge asset for Real Madrid with his goalscoring ability and ball work. He is also one of the best under 21 players in the world.

The new addition of David Alba as centerback with Brazilian youngster Eder Militao has been a great set up in the replacement of longtime captain Sergio Ramos. Real Madrid’s counterattack has also been dangerous all year with Toni Kross and Luka Modric controlling the midfield and attacking the opposing defenses’ holes.

Real Madrid still have some unfinish business as they look for a trio of trophies this season. They will play in the second leg of the Champions League semifinals against Manchester City at the Santiago Bernabeu Wednesday. They enter trailing 4-3 after a thrilling first leg at the Etihad Stadium.