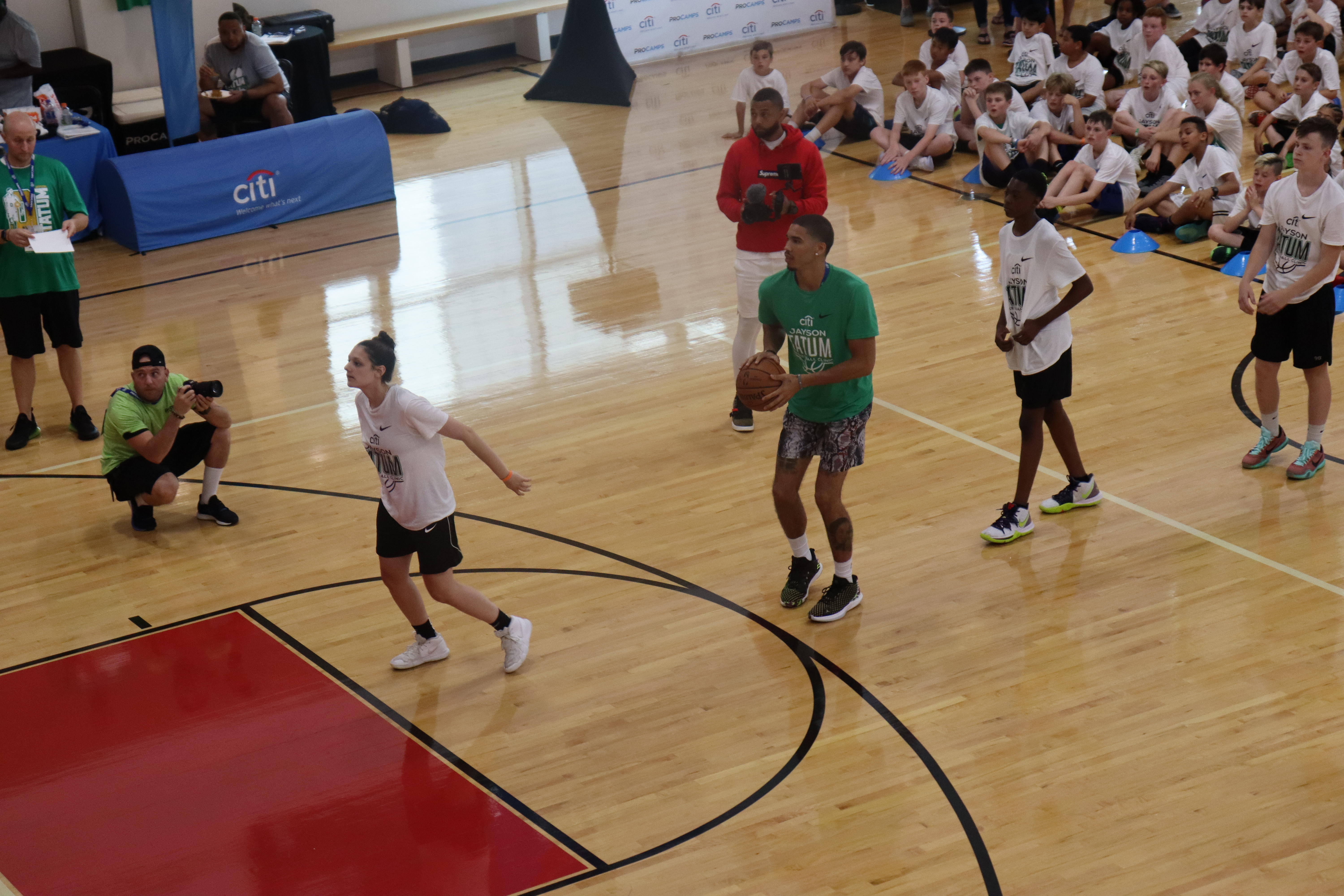 Over 200 children joined Jayson Tatum last weekend for his second basketball clinic at Boston University. The Pro Camps Clinic was partnered with Citi Bank. Children ages (5 to 18) from twenty-one states were elated to gather to play basketball with Jayson Tatum. The teams were divided: The Blue Devils, The Red Devils, and The Celtics. The ‘MVP’ players that showed the most resilience, strength, and teamwork were nominated by the coaches. The winners won signed photographs, Beats headphones, and photographs with Jayson Tatum. All campers were gifted a silver medal for their participation.

A handful of participants were selected to score a shot on Tatum. When the host asked each participant if she or he believed the ball will successfully make it in the basket, most eagerly answered, “probably not.” Although, there were a few tenacious children that would not quit until, a shot was made.

Tatum was asked what is his key take away with the basketball clinic. He answered, “It’s something I’ve always wanted to do. When I was a kid, I remember being around NBA players, how excited that made me feel. How much fun they are having, it brings me joy as well.” Jayson Tatum is now officially a member of the Jordan Brand. He states, “it’s the dream of interacting with your favorite player, it was a personal experience for me.”

His closing speech to the campers, “I just want to stress how important and thankful I am for you guys coming out here these last two days You guys came, you played hard. You had fun. You came and learned. (You) gave effort and were willing to learn. I tried new things and that’s all I asked. Again, I appreciate it. I had a blast. I really hope you guys had a blast. I really hope. I really look forward to doing these things.”

Rashad Jennings Off The Field And Into Our Communities
Saquon Barkley Teams with David Tyree To Help the Children The City!