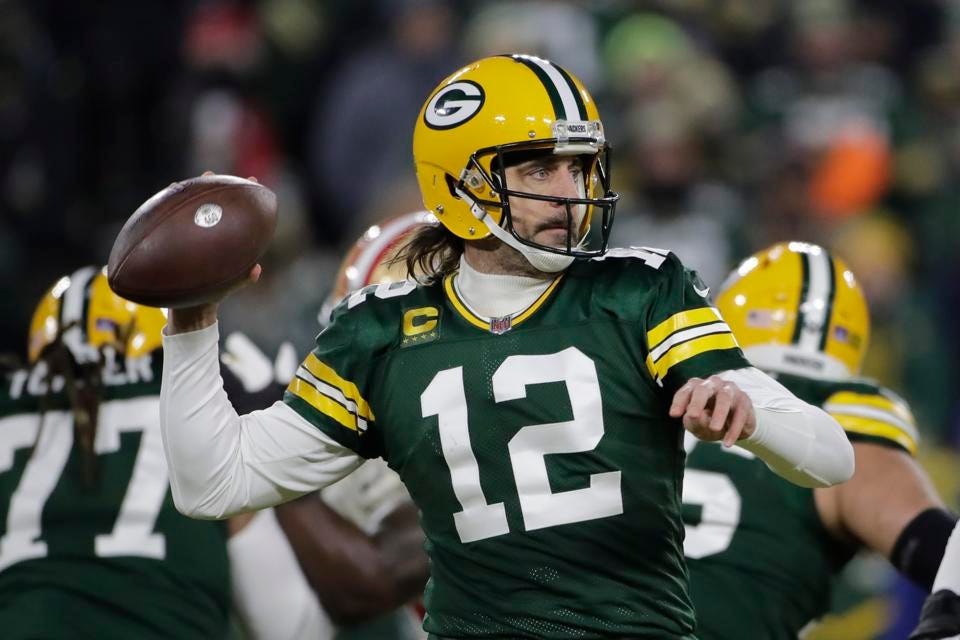 It is time for another weekly recap for you Packers fans out there! It was an all-around great bounce-back game for the Pack. They ran the ball well, played stout defense, and Rodgers was Rodgers.

To kick things off, the Packers went down and put 3 on the board with a 40-yard FG drive that killed 6:27 off the clock. It did not take long for the Bears to strike back. They came down in just under 4 minutes to score on a Justin Fields scramble. 7-3 Bears. The Packers weren’t having any of that. They came down and striked quickly making it 10-7 Packers on the first play of the second quarter.

This is when it felt like the blood was in the water. Bears go 3-and-out. The Packers come right down again to score on a 5-yard TD pass to Allen Lazard. Packers will go into half with a 24-7 lead. The Pack is dominating this one in many ways, both on the ground and through the air.

The Bears come out and give the ball right back to the Packers. They were driving right down again before fumbling and giving the Bears some hope again. The Bears moved the ball some before getting stalled and forced to kick a FG to make it 24-10 Packers.

Packers followed it up with a long drive that still lead to a punt. The Bears then drove all the way down the field and got held literally one centimeter short of scoring a TD on a 4th and goal at the 1. That deflated all of the air out of the ball for the Bears.

The Packers got the ball and picked up a few first downs. Then, they picked up a couple of big plays to get in the red zone. That set up a short FG for Mason Crosby to make it 27-10 and all but lock up the victory for the Pack.

The Packers came out and put together an all-around game. Jones and Dillon are probably the best 2-headed monster in the league. Either one of them can just go off at any point. Jones was up to bat this week and he hit it out of the park.

Sammy Watkins had one really big play for 55 yards, but besides that, the Packers still didn’t really have a standout receiver in this one. They will at some point need somebody to step up in a big way and be Rodgers’ favorite weapon. The bottom line is they showed their way of winning this season is primarily going to come through running the football, and playing strong defense.

Up next for the Packers is the Bucs and they’ll be at Tampa. It will be a great test for the Pack, but they may luck out as it seems like Mike Evans will be suspended for the game, and Chris Godwin missed last week, too. The Bucs are missing some pieces, but it is still a better test than the rebuilding Bears in week 3.