RECONSTRUCTED: A Preview of the 2020-2021 Memphis Grizzlies 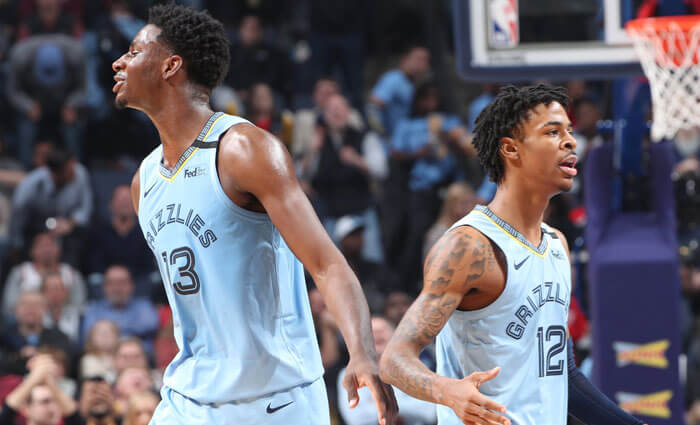 In 1992, an artist by the name of Marc Cohn received the honor of Best New Artist at the year’s Grammy Awards. Cohn dominated that year’s charts, and his victory at the Grammys was especially notable given that the previous winner, Mariah Carey, only went on to become the most successful artist of the decade. You’ve probably never heard of him.

It’s not like the general public heard much from him after his big win. In fact, the only Cohn song your average listener would’ve recognized in ‘92 was his first and final hit, “Walking in Memphis”. It’s a song that leans heavily into the city’s sense of nostalgia, name-dropping Beale Street, Graceland, and even composer W.C. Handy. Yet, after penning a smash hit about the Bluff City, he abandoned Memphis altogether and never sniffed the top of the charts again.

Years later, Taylor Jenkins, head coach of the Memphis Grizzlies, has figured out the lesson of Cohn’s tale: trust in the city, and it will take you where you need to be. Coach Jenkins has quickly positioned the Grizz in a way that has to make longtime fans gush, mixing the Grit and Grind style of yore with the length and athleticism demanded by the modern NBA. With one of the youngest rosters in the league (the average Grizzly is 24 years old), the team may not be looking towards a title, but don’t take their age (or lack thereof) as weakness. If a few dominos fall their way, Memphis could make waves long after the regular season’s end.

KEY TAKEAWAYS FROM 2019-20: Ja Morant is the real deal. Though he only shot 33.5% from three, his combination of explosiveness and midair ingenuity boosted him to ridiculous efficiency at the rim, not to mention one of the league’s best highlight tapes. The real breakthrough for Memphis came via the explosion of their ancillary pieces. Jaren Jackson Jr. began to jack threes up like a seven-foot Steph Curry, and Brandon Clarke outperformed expectations right off the bat, utilizing his pogo-stick vertical and length to overpower opponents. Though the team couldn’t get the job done in the Orlando bubble, there’s plenty in Black and Blue to be optimistic about.

GRADING THE COACH: Jenkins is one of the league’s best coaches, but also one of its youngest. A business school graduate who had never touched a basketball after high school, Jenkins got his basketball education within the San Antonio Spurs front office, and after steeping in the wisdom of Mike Budenholzer in Atlanta and Milwaukee, became almost universally beloved in his first year in Memphis. For more on his schemes, read up on Jenkins’ propensity to mix old-school play with a modern infusion.

GRADING THE DRAFT:  Though the Grizzlies sat outside of the draft’s first 30 picks, they came away with one of the better nights, especially considering their position. I love the potential of Desmond Bane, a wing out of TCU. He’ll bring some savvy shooting to their lineup from day one (both Morant and Dillon Brooks raved about their confidence in his abilities), but Bane has potential to develop into a weapon capable of punishing smaller defenders. I mean, just look at how jacked this kid is.

Meanwhile, I also have a great feeling about Xavier Tilman. Though undersized for a big, Tilman can use his muscle as a way of bruising his way to the rim. As one of the draft’s most intelligent and intense bigs, the Michigan State Spartan has to be the closest thing to Draymond Green since the three-time champ entered the league himself in the early years of the decade.

GRADING FREE AGENCY:  The Grizzlies played a quiet game in free agency, re-signing several pieces that could end up yielding comical returns on their investments. The Grizzlies did well to secure the services of De’Anthony Melton for another three years. Melton’s a bit of a swiss army knife from the guard spot, and though he’ll need to improve his shooting to become a mainstay in the starting lineup, he could very well end up as the perfect complement to Morant.

The organization also seems to love the potential of Johntay Porter, brother to Denver’s Michael Porter Jr. Though I’m not sure Porter will ever amount to much defensively, he’s uber-skilled as a big man, specifically as a passer–the one weakness in Jackson and Clarke’s games. Jenkins has gushed about the Missouri product on several occasions, so don’t be surprised to see him sneak into the rotation towards the season’s end.

STRENGTHS:  Throughout his preseason press conferences, Jenkins has consistently preached the team’s holy trinity of strengths: length, versatility, and athleticism. The Grizzlies certainly have all three of those in spades– Jaren Jackson’s wingspan is over 7’3”, Kyle Anderson is yet another Grizzly who can play any position, and Ja Morant is…Ja Morant, respectively.

I’d also be committing blasphemy if I didn’t bring up Jonas Valanciunas here, the starting center on my all-underrated team. Centers like Brook Lopez get a ton of shine for adjusting to the three-point revolution, but I think Valanciunas deserves some more credit for expanding his game while maintaining a low post presence. The Lithunian has even demonstrated some improved playmaking this preseason, signaling that he’ll age well as he hits the other side of 30.

OPPORTUNITIES:  Development, development, development. Youth can only bring so much value, it will be how Memphis sculpts their talent that determines the direction of the franchise. Fortunately, Jenkins is already thinking long-term. He’s been implementing his “daily vitamins” program this offseason, consisting of work on all facets of individual defense. This season is far from championship or bust for the team, so any playoff experience will be well appreciated in order to turn young Grizzlies into grizzled veterans on a true title contender.

PREDICTED FINISH (DIVISION/CONFERENCE): Though I would consider them a play-in contender, the Grizzlies don’t have what it takes to be a playoff contender in a stacked Western Conference. Chalk them up for a 35-37 record, good for tenth in the Western Conference.

RECONSTRUCTED: A Preview of the 2020-21 Miami Heat
Despite Shortened Preseason, Mavs Are Confident