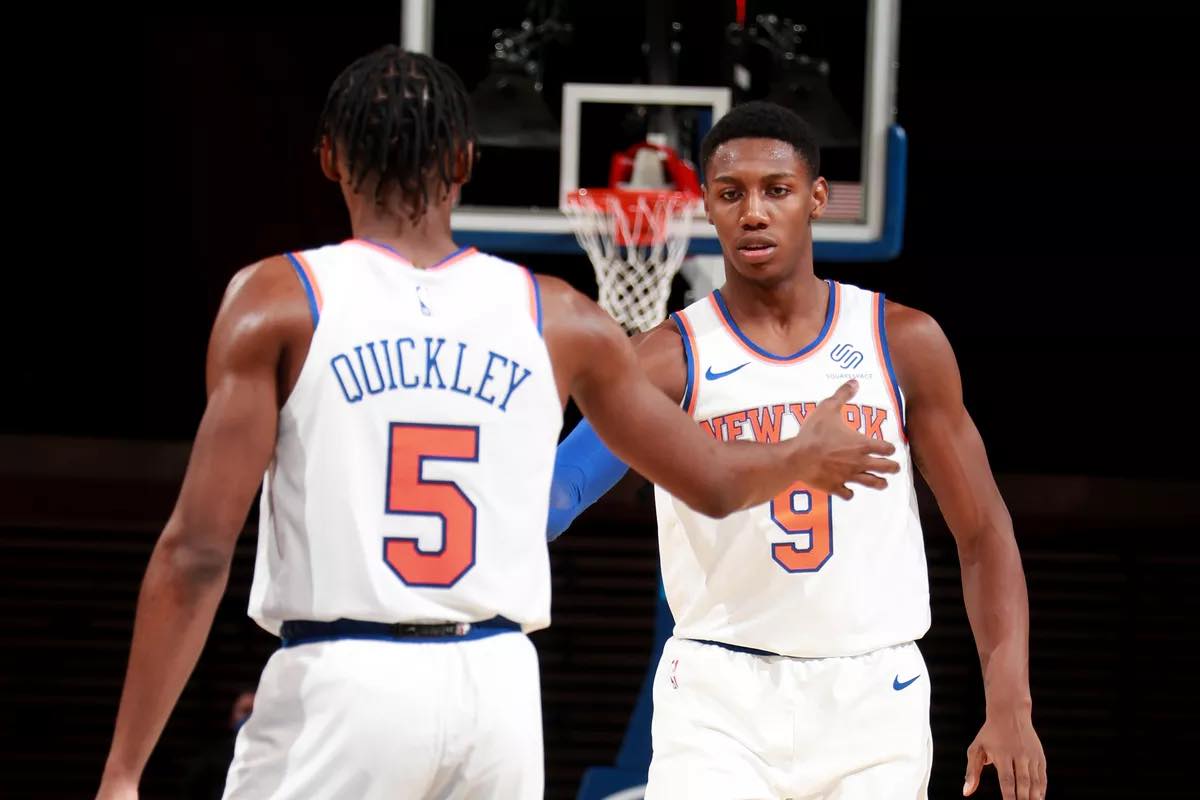 New York Knicks fans have to be so upset at the Cleveland Browns. For years, the two franchises seemed to be stuck in an unhappy marriage, each side fighting for the title of worst team in professional sports. Yet, seemingly out of nowhere, the Browns decided to file for divorce–with any luck, they’ll make the NFL playoffs this year for the first time since 2002. Unfortunately for Knicks fans, this leaves their franchise stranded as the sole laughingstock of professional sports (tough luck, even the Marlins made the postseason this year).

Fortunately, the sport’s most tortured fans have some reasons to be optimistic. Leon Rose and William Wesley are intriguing candidates to guide this team into the future–they surely have built connections through their time working as agents, meaning one should at least expect the press around the team to take up a less critical stance. Additionally, the big names slated to hit free agency in next year’s offseason are signing extension after extension, meaning the front office should be able to focus on building for the future instead of carelessly pursuing star power.

KEY TAKEAWAYS FROM 2019-20: Who could have foreseen that stacking the roster with a thousand washed up power forwards wasn’t a winning formula? Of those bigs, the most evident catastrophe was Julius Randle, who played like he was trying to demonstrate he has no business on a winning team. Though Randle put up big scoring numbers, he was incredibly inefficient (including a Russ-esque 27.7% mark from deep), and among bigs committed the third highest turnovers per game. Heading into this season with a more balanced roster, the Knicks should at least be easier on the eyes.

GRADING THE COACH: Here’s a take I’m sure the majority of our staff will disagree with: I think the hiring of Tom Thibodeau was nothing short of abysmal. While his record is passable, Thibs is a terrible fit for the modern NBA. In an age where many teams have emphasized being cognizant of load management, he’s notorious for playing his starters heavy minutes. If you live outside of Illinois, it’s easy to forget that his rotation patterns were a large part of the reason Derrick Rose crumbled after his MVP season.

Thibs’ offensive style is also at complete odds with modern notions of winning basketball, placing emphasis on isolation scoring from the wings. Finally, Thibs has never coached a team with such an utter lack of talent before. Even on teams with winning records, he’s managed to consistently sew dissension. In Chicago, he tanked his relationship with the front office, and it may not be a coincidence that his time in Minnesota was marked by an all-timer of a meltdown from Jimmy Butler. Now leading a team that’s looking to slog through one of the worst regular seasons in recent memory, his track record certainly doesn’t lead to optimism.

GRADING THE DRAFT:  The Obi Toppin selection can best be compared to ordering a bacon cheeseburger. Sure, in the short term, Toppin’s going to be enticing. Right off the bat, he’ll bring three level scoring and delight the would-be fans in Madison Square Garden with electrifying dunks in transition and the half-court offense. However, just like a bacon cheeseburger, after the initial bites, the franchise may start to realize they could have ordered something healthier. As fun as Toppin will be, he possesses many of the same weaknesses as Randle. He has a habit of turning over the ball, and needs to put in a lot of work to even qualify as an average defender.

It should also be noted that Immanuel Quickley has been turning heads with his play in the preseason. The crafty guard from Kentucky dropped 22 against Cleveland in the last game of preseason play, earning his way into the starting lineup with several of New York’s key guards on the bench. Should he keep up his scoring effort, Quickley could quickly (I had to) enter his name into all-rookie consideration.

GRADING FREE AGENCY:  After a requisite clowning of the Knicks, I’m glad I get to show them some love here. Alec Burks will be a great mentor for RJ Barrett at the two spot, and should provide some frisky scoring off the bench. He was sneaky good with the Golden State Warriors, and shot a career-best 41.6% from three with Philadelphia. On an affordable contract, New York should be able to ship him out to a contender that needs to upgrade its guard spot, a la Marcus Morris.

The Nerlens Noel deal should also pay dividends for the Knicks. The Kentucky big hasn’t lived up to his draft spot, but that doesn’t mean he’s not worth a gamble. Coming off a career year with the Oklahoma City Thunder, Noel should do well to mold Mitchell Robinson in his image. Noel’s a smart defender, having averaged over 2.5 combined blocks/steals nearly every year of his career. If he can impart some veteran wisdom to Robinson, who with any luck should grab the starting job for good, the Knicks may have fallen into the league’s best young centers.

Ok, I got it. This incarnation of the Knicks may be the only squad to ever roster ten busts selected in the top ten of the NBA draft. In order of draft slot, Michael Kidd-Gilchrist was drafted second in 2012, RJ Barrett was picked third in 2019, Noel was tabbed sixth in 2013, Randle was scooped up seventh in 2014, Frank Ntilikina was chosen eighth in 2017 (along with Toppin this year), Dennis Smith Jr. was nabbed ninth in 2017 (along with Kevin Knox the next year), and Elfrid Payton was taken tenth in 2014 (along with Austin Rivers two years prior). That has to count for something, right?

OPPORTUNITIES:  With no fans in the arena, James Dolan will get to live out his darkest owner fantasies. James, you want your subpar band to perform at the halftime of every Knicks game? Go for it. Have a hankering to fill the stands solely with cardboard cutouts of yourself? That should end up as a fun meme. Want to bar every basketball legend from your arena this season? Do it in the name of safety! All’s well on the way to securing the number one pick in next year’s draft.

PREDICTED FINISH (DIVISION/CONFERENCE): Let’s not mince words. The Knicks are the worst franchise in the NBA. Though new management has the potential to turn the team around, don’t expect that to come any time soon. For now, if you want to see a show in the Garden, stick to Billy Joel. Chalk up the Knicks for a 20-52 record.