RECONSTRUCTED: A Preview of the 2020-21 Boston Celtics 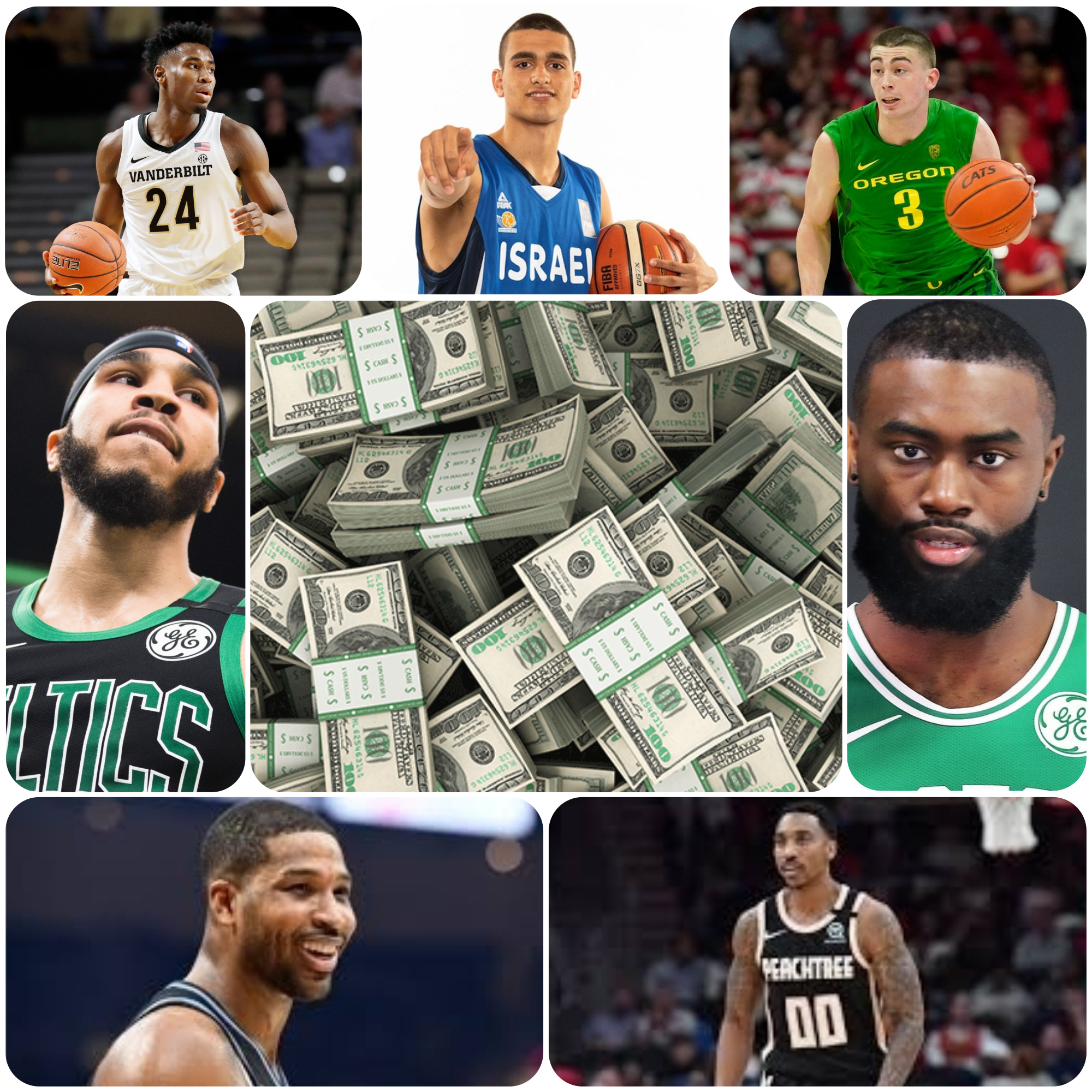 The Boston Celtics retool on the fly with Tristan Thompson, Jeff Teague, and a pallet of cash in a $28.5 million trade exception for The Departed ... Gordon Hayward. Jayson Tatum, Jaylen Brown, and Kemba Walker have to be all smiles.

Y’all thought Danny Ainge fell asleep at the wheel when he didn’t swap Gordon Hayward for Myles Turner and T.J Warren? Thought he got too greedy when it was rumored he wanted Victor Oladipo in the grab, too?

Then you cussed him when it was reported that Hayward was going to Charlotte and the man who’s sat with draft picks in his pockets for the last decade wasn’t going to get anything in return.

I know how you Celtics fans can be … and I admire that passion for the Green.

Well, ol’ Danny Boy has 28.5 million reasons why you shouldn’t second guess him …

KEY TAKEAWAYS FROM 2019-20: The Boston Celtics had heavy expectations last season, which only seemed to amplify after the COVID-19 break and play proceeded in the bubble in Orlando. But, Boston couldn’t seem to find the consistency or killer instinct it showed in the first round of playoff action after going 5-3 in the abbreviated bubble schedule. Boston ate Philadelphia’s lunch with a 4-0 sweep, sparking hope that this was the year for a Boston Celtics-Los Angeles Lakers rivalry redux. Reigning champion Toronto stretched the Celtics to seven games, which may have lent to the fatigue shown in the Eastern Conference Finals versus the Miami Heat, who all but choked it away against the eventual champion Lakers (personally, I thought the Celtics would have given L.A. a better run for their money).

GRADING THE COACH:  Brad Stevens is in his eighth season as the main man in Beantown, but didn’t seem to find as much success with Hayward as a pro athlete as he did with him at Butler, when they paired up for a couple of NCAA Championship game appearances in 2010 and 2011 (both losses). But Stevens has proven to be one of the best skippers in the league, despite his age, racking up a 318-246 win-loss record at the tender age of 43.

GRADING THE DRAFT:  Boston was able to walk away with four draft picks this year, thanks to swaps with Milwaukee and Brooklyn, and a couple of nice picks outright at Nos. 14 and 26. At 14, Ainge nabbed Vanderbilt’s Aaron Nesmith, a small forward who’ll challenge Grant Williams for bench play, and then stayed with his home state of Oregon by selecting point guard Payton Pritchard from the Ducks. The Celtics also drafted TCU’s Desmond Bane at No. 30, but traded him to Memphis. He would have been a decent fit in Boston. Yam Madar, from Hapoel Tel Aviv, will be a long term project.

GRADING FREE AGENCY:  A nice pick up for the Celtics is Tristan Thompson, who I thought should have been paroled from the Cleveland Cavaliers a couple of seasons ago. It’s nice to see Thompson (.518 from the field, 8.7 boards a night) get to see the light of day with this opportunity in Boston. Same for Jeff Teague, who’s languished in sub-par and mediocre rosters in Atlanta, Indiana, and Minnesota. Teague can bring veteran savvy and a desire to win, paired with the opportunity to play on a winning team behind Kemba Walker. Teague is a .445 shooter who can dish it out, too, at 5.8 assist a night throughout his career.

STRENGTHS:  Obviously the duo of Jayson Tatum and Jaylen Brown is going to grow, strengthen, and ultimately become one of the strongest tandems in the NBA, if it’s not already. Former Boston cager Brian Scalabrine is already Sharpie-ing in (not erasable penciling) the Celtics as the 2020-21 NBA Champions. If Stevens can utilize Thompson right and Ainge can get a marquee guy to sniff that $28.5 million exception, Scalabrine could be right. Marcus Smart will be the X factor.

OPPORTUNITIES:  Bringing in the kind of talent that a $28.5 million exception can bring, could swing egos and disrupt what I believe the Celtics are on the edge of. This team is something special and bringing in the wrong personality could do more damage than help, if it’s not handled properly. One might want to swing for the green monster and bring in a James Harden, but he’s spent the past few years providing he can’t win on his own. The humility, patience, and basketball acumen of Brad Stevens has to be contagious to all the players for this team to win a championship.

PREDICTED FINISH (DIVISION/CONFERENCE):  I believe Boston will compete with Miami and Brooklyn for the Eastern Conference Crown. I think they likely finish the 72 game season at 58-14 to take the top spot in the East.