RECONSTRUCTED: A Preview of the 2020-21 Brooklyn Nets 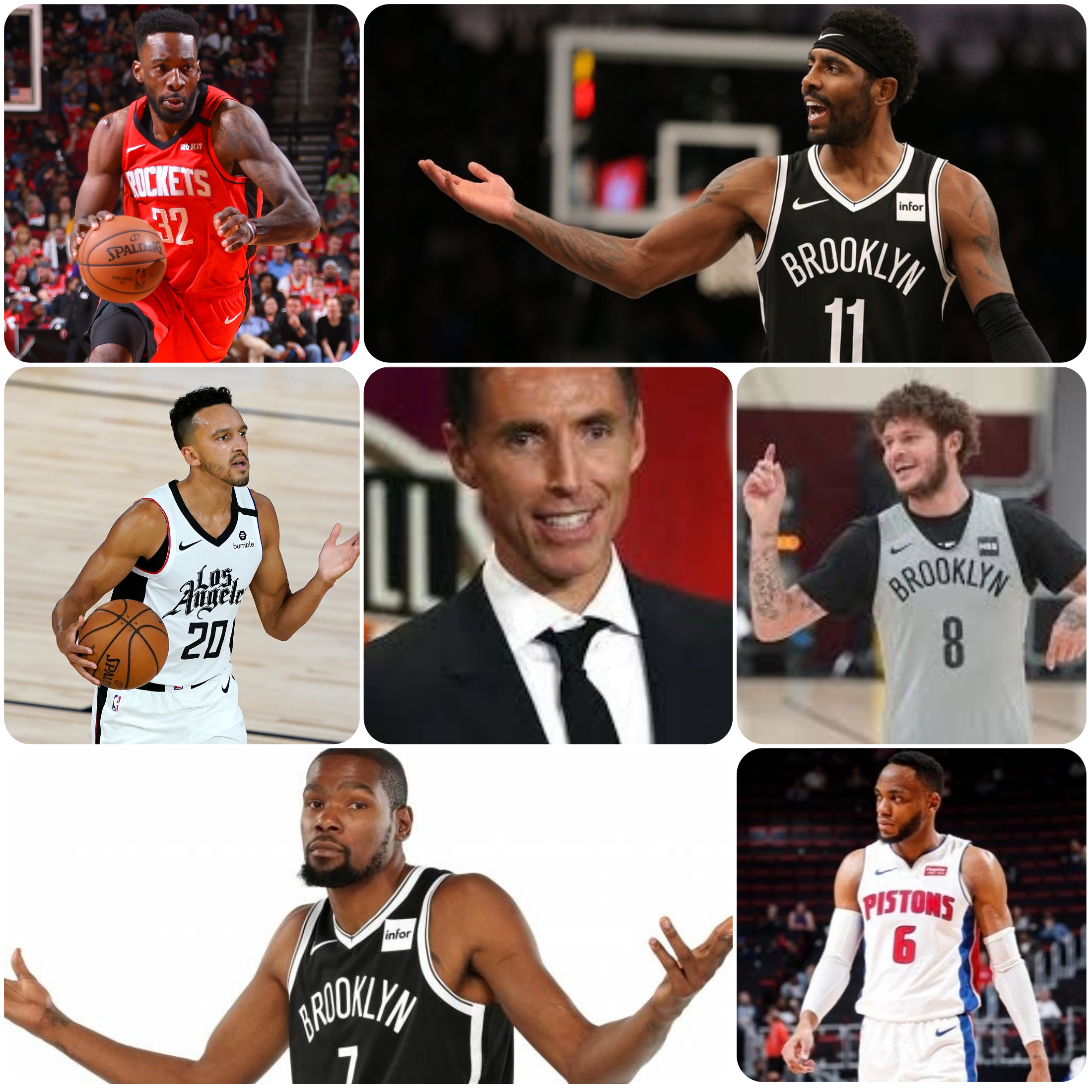 So from all the looks and sounds of things, we’re going to go ‘Seven Seconds or Less’ in Brooklyn?

(Jack McCallum, if this link sells you enough copies, I want an autographed one for myself).

With the reunion of Steve Nash, Mike D’Antoni, and Amar’e Stoudemire in the Barclays Center, how could you surmise anything less?

But it never worked the first time … and this time, you have to corral the ego of Kyrie Irving and wonder if Kevin Durant will ever even be the same player as before, much less become a thoroughbred.

KEY TAKEAWAYS FROM 2019-20: Brooklyn, over the past few seasons, has proven over and over again to be one of the scrappiest teams in the NBA, borderline resilient. Spencer Dinwiddie and Caris LeVert have been the backbone of the team, whilst bigger names have come and gone through injury and/or apathy. This year may tell if Irving is as big a cancer as it seems he’s become in the last three years, and whether Durant can co-exist with someone like that.

GRADING THE COACH:  If sports groups and fan forums are any indication, Nash will be under a microscope from Day One. Not many have transitioned well from player to coach without bumps in the road, and many wonder (silently and aloud) why Nash gets the nod from his old Phoenix buddy Sean Marks over someone like Chauncey Billups – who, no disrespect to Nash – has championship experience and jewelry. Having D’Antoni as a mentor and giving STAT a job on the bench gives it that warm, SUN-NY feeling … so when are you going to sign Shawn Marion as a shooting coach? On a more serious note, realistically, how long before D’Antoni takes over?

GRADING THE DRAFT:  Brooklyn was pretty busy for not tallying much from the draft board, shipping Villanova’s Saddiq Bey to Detroit, John A. Logan sophomore Jay Scrubb to the Clippers, while picking up Mississippi State’s Reggie Perry from L.A. … so the G League’s Long Island Nets will have a solid star.

GRADING FREE AGENCY:  The Nets have added shooters and experience to the roster in their four free agent pick ups thus far. From Detroit, they got Bruce Brown (.424 in two years with the Pistons). They also added a face familiar from KD’s days in Oklahoma City with Jeff Green (a .442 career shooter, but had his best season at .564 last year with former OKC teammates James Harden and Russell Westbrook in Houston). Tyler Johnson (who excelled for the Nets in the team’s eight games in the Orlando bubble with a career high .389 effort) is kind of an embedded ‘free agent’ pick up who brings some shooting ability and hopes to find a place where he can stick in Brooklyn, where they like his game, after stints in Miami and Phoenix. Besides Green’s experience, I firmly believe the key player in these off-season acquisitions could be Landry Shamet (shooting 40+ percent from both the field and the arc), who I hope learned some things from his time in L.A. as Lou Williams’ understudy. He could do well in a Nash/D’Antoni offense. If not, Williams is reportedly available.

STRENGTHS:  Star power – both on the floor and on the bench. There are a lot of names within this organization, therefore a lot of egos. Nash was a no-nonsense guy as a point guard in the NBA, elite in his position, without argument. That doesn’t always translate to the realm of coaching. But I’m not ready to count him out without a chance to see what he can do. If he can get buy-in from his star players and make everyone feel like a prime time player like the atmosphere in Phoenix, he may very well open eyes and change minds.

OPPORTUNITIES:  No matter what team he’s on, that team’s opportunities – aka weaknesses – will always begin and end with Kyrie Irving. He seemed to have peaked with ‘Uncle Drew,’ yet he has so much more to offer. Nash just has to help him find a way back into it – or know when to cut bait. Personally, I don’t believe DeAndre Jordan can keep up with what we presume to be Nash’s fun and gun style, so why not hand the rock to Dinwiddie to run the offense and shop Irving and Jordan at the first sign that they’re not with the program?

PREDICTED FINISH (DIVISION/CONFERENCE):  The Nets have the chance to do something special and will certainly be better than a .500 team. Will they win the Conference? No. Boston, Milwaukee, Miami, and Philadelphia will round out the home seeds after 72. But it wouldn’t shock me to see Brooklyn no lower than the fifth seed and upsetting someone’s apple cart – say, Philadelphia’s?