RECONSTRUCTED: A Preview of the 2020-21 Chicago Bulls 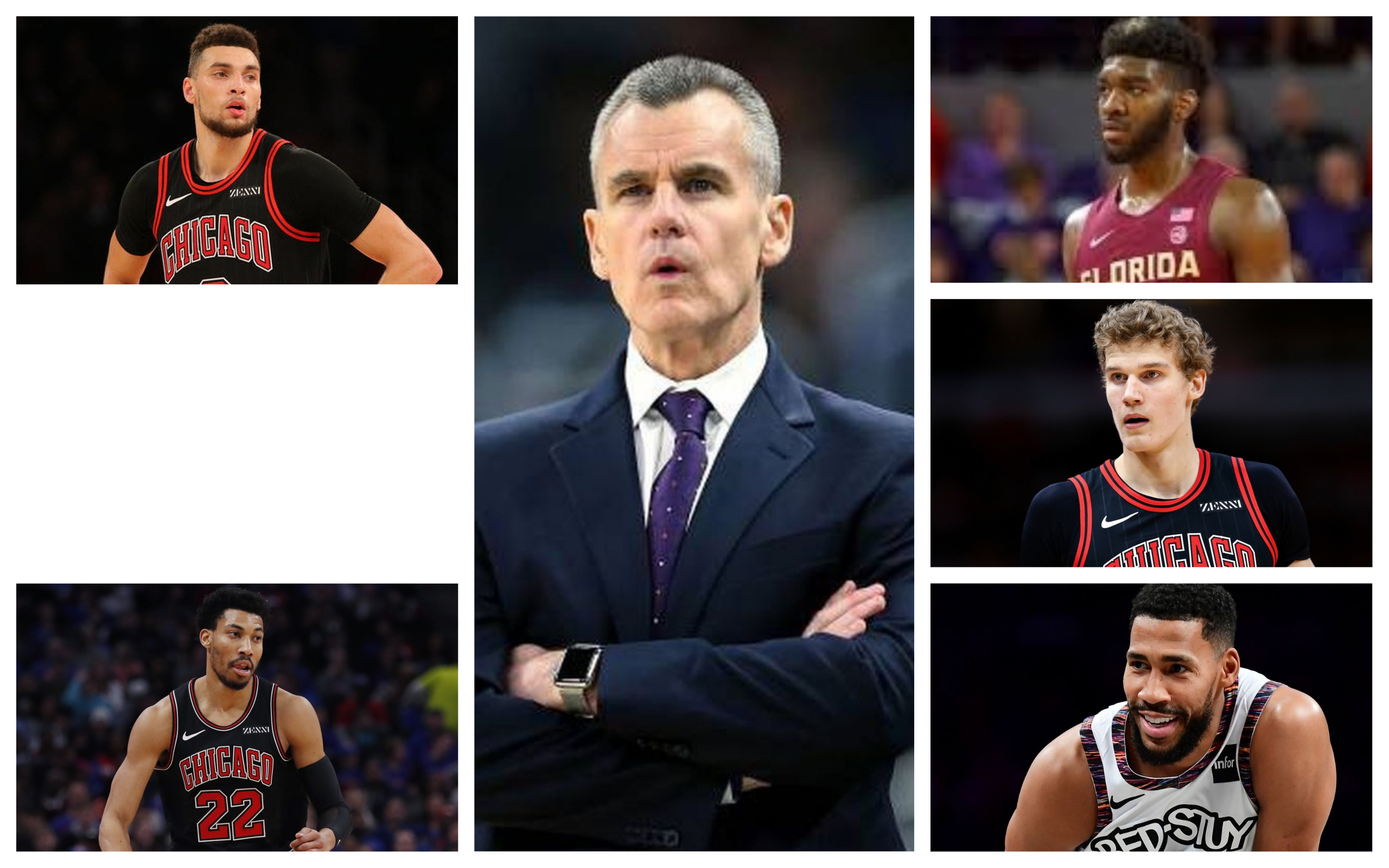 Chicago has long been a city of excellence, marked by exporting prodigious talent after prodigious talent, from Isiah Thomas to Queen Latifah to yes, Kanye West. But look beyond the flashing lights and you’ll find the city’s sports history has a seedy underbelly. The Cubs suffered through the longest championship drought in history, the White Sox’s most famous moment is a stadium riot, and the Bulls haven’t been a Finals contender for nearly a decade. Though the Bulls certainly won’t be seeking a title this year, this year will determine whether the squad continues to lean into the city’s gritty perseverance rather than the bright lights of Magnificent Mile.

KEY TAKEAWAYS FROM 2019-20: It’s not often that young teams reverse their upward momentum as effectively as last year’s Chicago Bulls. A decent amount of the wreckage could be blamed on Jim Boylen, who failed on every single possible level as an NBA coach. Unfortunately for Bulls fans, this team has problems that even Gregg Popovich couldn’t solve. Zach Lavine is a scorer, but as a defender and playmaker leaves plenty to be desired. Wendell Carter Jr. shows flashes, but can’t seem to stay healthy enough to make a significant impact. Lauri Markkanen is a nice stretch four, but has neglected to provide much value outside of that role. Even with Boylen gone, Chicago could be in for another slog of a season lest one of their players takes an unexpected leap.

GRADING THE COACH: On the bright side, Chicago may have pulled off the signing of the offseason by inking Billy Donovan to helm their ship. Donovan is fresh off the heels of leading a surprisingly lethal Thunder team to the playoffs, and though he’ll have less talent to work with in Black and Red, he’ll have the advantage of playing in a weaker conference. Donovan is also a great fit to work with young talent–don’t forget that he’s one of the most successful coaches in the history of college basketball. If the roster flounders in Chicago, know that coaching is no longer an excuse.

GRADING THE DRAFT: …really? Patrick Williams at four? I’m not buying the pick whatsoever. In abstract, I see the allure of Williams, a long wing with seemingly infinite two-way potential. Here’s the catch: I’m not sure why the Bulls are swinging for a potential pick now rather than two years ago. They’re a piece away from knocking on the door of the playoffs, so why spend the draft pick on a player that won’t provide a return until two or three years down the road (if Williams even develops)? Williams himself isn’t a sure thing either–he started as many games in college as I have (zero). A few years down the line, I think Chicago will be kicking themselves for drafting a wing that ultimately will produce diminishing returns, especially considering both Deni Avdija and Isaac Okoro were available to them. After all that bashing, I will give them a modicum of praise–there are plenty of worse players to take a shot on than Devon Dotson, who ran one of college basketball’s best offenses at Kansas last year.

GRADING FREE AGENCY: I pity the season ticket executives who have to sell Chicagoans on the big-name acquisition of Zach Norvell Jr. Norvell is a decent shooter who gave the Golden State Warriors a warm body in the regular season, but at this rate is no more than a two-way guy. And…that’s all, folks. Every single acquisition for Chicago this offseason. Can’t say it inspires a tremendous amount of confidence that they couldn’t lure a single NBA caliber free agent to their roster. Worse yet, they failed to retain Kris Dunn, the best perimeter defender on the squad. It’s an outlook as bleak as the worst midwest winter.

STRENGTHS: I’ll do my best to be kind here and hit you with a creative answer: comedy. The Bulls have made for some excellent laughs over the years–Coby White’s reaction to the news of Cameron Johnson being drafted to the Suns is a classic, and watching Markkanen torture teammates by testing their Finnish never gets old:

On the court, there aren’t many strengths that pop off the page. The team’s scorers are inefficient, they lack strong perimeter defense, and their bigs are going to get destroyed on the boards. Last season they finished 22nd in Net Rating, and I don’t expect them to place any better this year. At least their classic uniforms are nice to look at.

OPPORTUNITIES: Chicago needs to take advantage of the current market to make a trade. Let’s face it–the combination of players they have is awkward at best and dysfunctional at worst. White and Lavine play just about the same role on offense, Chandler Hutchinson and Williams are both project wings, and Thaddeus Young is just about the perfect midpoint between Markkanen and Carter. Chicago has an opportunity to leverage their youth to radically change the direction of their franchise–only time will tell if they seize it.

PREDICTED FINISH (DIVISION/CONFERENCE): Chicago fans can consider themselves lucky that they’re in for a shortened season. If you’re a Bulls fan, I recommend putting up some more Derrick Rose posters and getting yourself through the season by virtue of nostalgia fever. For my money, the Bulls finish 30-42, placing 12th in the East.

Myles Powell’s Game Compares To This NBA Legend, and The League Will Find Out This Season
RECONSTRUCTED: A Preview of the 2020-21 Brooklyn Nets