RECONSTRUCTED: A Preview of the 2020-21 Indiana Pacers 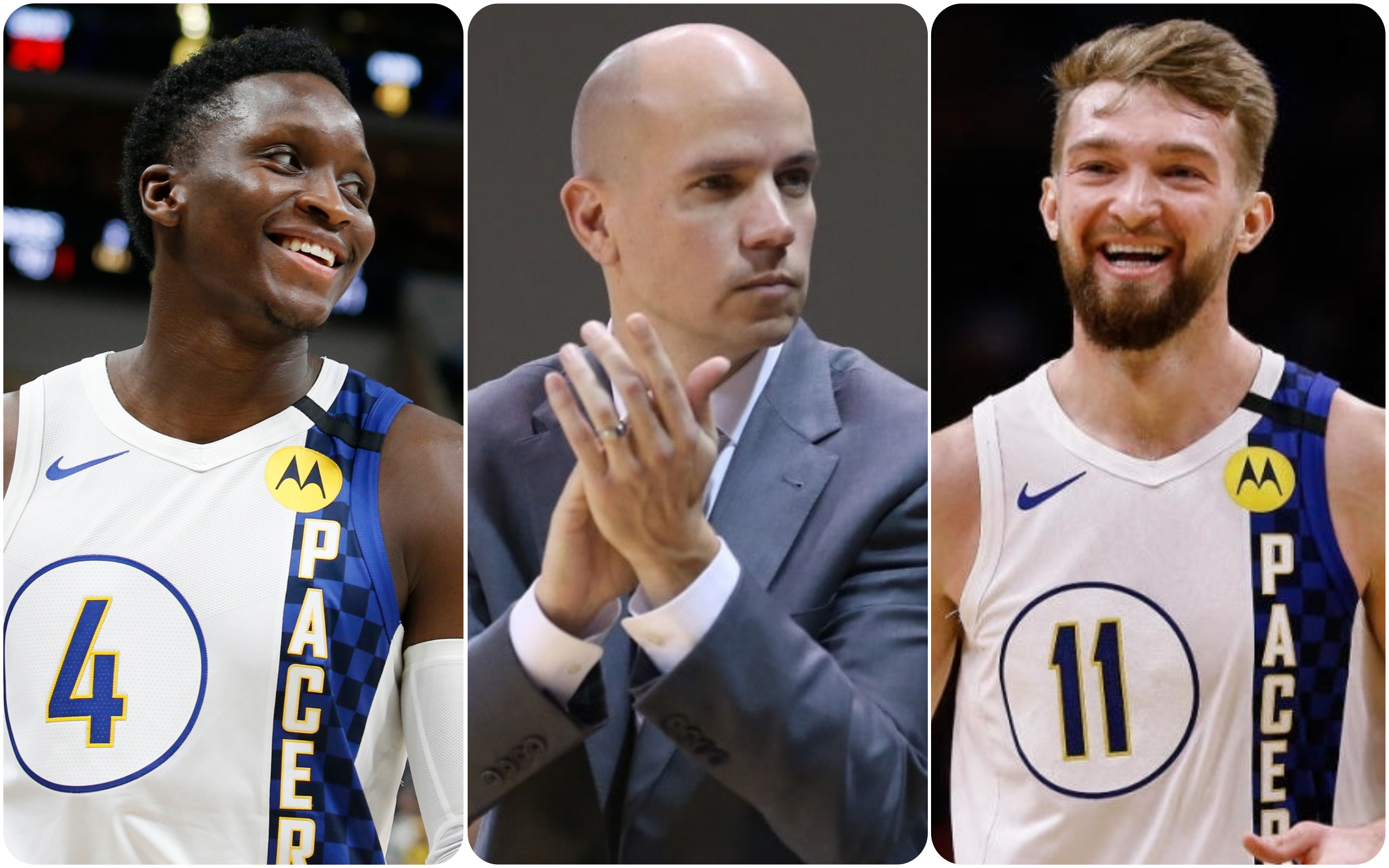 On paper, it didn’t look like the Indiana Pacers fiddled with much this offseason, seeming ready to go with what they had last year, with a slight addition or two.

That being said, their greatest off-season addition might very well be new head coach Nate Bjorkgren.

KEY TAKEAWAYS FROM 2019-20: The Pacers’ undelivered expectations in 2019-20 cost Nate McMillan his job, where he went 183-136 through four seasons in Indianapolis, despite nearly winning 62 percent of the team’s games in a COVID-19 shortened season. To be fair, which it doesn’t seem that Kevin Pritchard and Chad Buchanan were in this case, McMillan played short-handed most all season with Domantas Sabonis in and out due to injury missing 11 games, and Victor Oladipo only getting in 16 starts in 19 games due to rehabilitation from the previous season’s broken leg injury. Then, after upper management excused McMillan, there were the brief ‘Oladipo wants out’ rumors, which Vic quickly addressed and claimed he’s ready to go “full throttle,” and he’s committed to being an Indiana Pacer.

GRADING THE COACH:  Obviously, it will be hard to grade Bjorkgren without any NBA head coaching experience. Cut from the quiet, quaint town of Storm Lake, Iowa (yes, I know where that is – I have a friend, Julie, from there), Bjorkgren worked his way up through the ranks of the G League with the Iowa Energy, Dakota Wizards, Santa Cruz Warriors, and Bakersfield Jam before working as an assistant for the Phoenix Suns and Toronto Raptors. His experience with Nick Nurse may have immediate benefits as he is only one season away from having celebrated as an NBA Champion with the Raptors. Going from a high school position all through the paths one should take to become a head coach anywhere should give Bjorkgren quite a bit to draw from in handling these boys in the Hoosier State. Maybe he can bring some cohesion and keep our fingers crossed for a healthy roster this year.

GRADING THE DRAFT:  The Milwaukee Bucks got the 24th pick from the Pacers and selected R.J. Hampton of Australia, before shipping him off to the Denver Nuggets. Hampton would have been a nice addition to the Indiana roster. This left the Pacers with one bona fide pick, at No. 54, where the selected Duke freshman Cassius Stanley (.474 shooting for 12.6 points per game). Stanley is on a two-way contract with the Pacers and will get most of his time in Fort Wayne with the G League’s Mad Ants.

GRADING FREE AGENCY:  Kelan Martin (.392 and 6.4 points through 31 games last season) comes over from the Minnesota Timberwolves, and Jalen Lecque (five games and two points in Phoenix), who they call ‘Baby Westbrook,’ was dealt from Phoenix to Oklahoma City to Indiana on November 25th for T.J. Leaf. The Pacers have also picked up undrafted Rayshaun Hammonds (.462, 10.5 ppg), who played alongside No. 1 pick Anthony Edwards at the University of Georgia. #GoDawgs

STRENGTHS:  The fact that this is a seasoned squad that is accustomed to playing together should help Bjorkgren ease into some easy and early success. Not the kind that Steve Kerr had in inheriting a team that Mark Jackson put together, but not far behind that. The fact that the team kept Myles Turner (12.7 points, 6.7 rebounds), T.J. Warren (.536 and 19.8 last year, and a game high machine in the bubble in Orlando), Malcolm Brogdon (16.5, 4.9, 7.1 in his first season in Indiana), Sabonis (better numbers than his dad – 18.5 and 12.4 last year) and Oladipo (14.5 points average through 19 games) intact is impressive, given the flurry of free agency over the league’s brief off-season.

OPPORTUNITIES:  It would have been nice to add “local boy done good” Gordon Hayward, bringing him home for the endearment factor (Hayward was a stud at Butler University with then-head coach Brad Stevens); but it would have cost them Turner and Warren at least, and I’m not sure the trade-off was there for the Pacers. The only opportunity will be if the players don’t learn from last year’s and the playoffs’ mistakes. Then they will have cost a great coach his job for nothing.

PREDICTED FINISH (DIVISION/CONFERENCE):  Fourth was nice last season, given the injuries and inconsistencies, I’m not gonna lie. But they will have a tough time being fourth again this year. I’m going to say sixth in the East, with a 44-32 record, still making the playoffs and maybe squaring off against the Nets or 76ers in the first round.