RECONSTRUCTED: A Preview of the 2020-21 Los Angeles Clippers 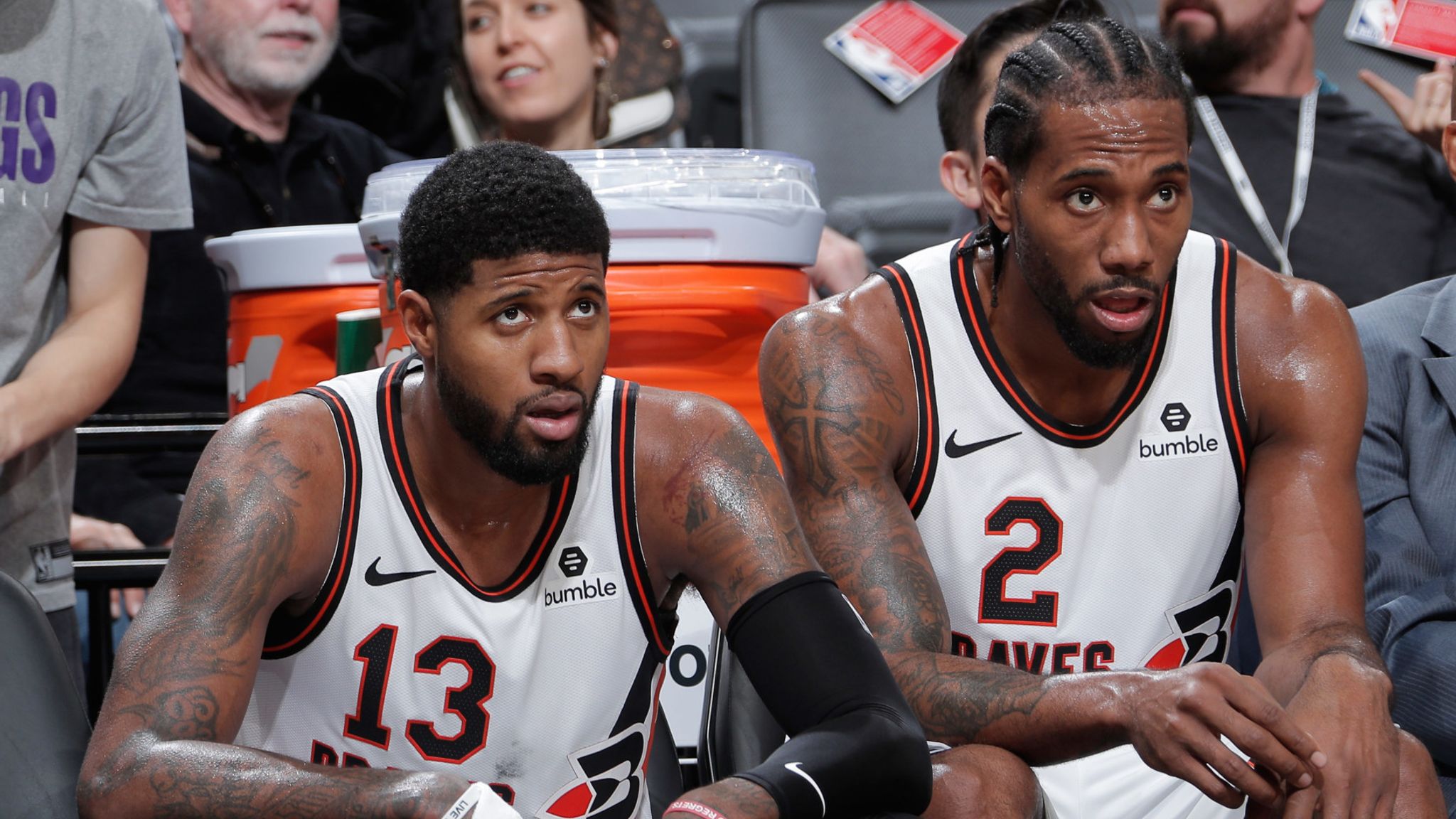 Today, Paul George got phat paid, but the weight of expectation on he and Kawhi Leonard may be heavier than the pallet of cash he signed for today.

After today’s tragic news, please make sure to keep the ownership group of the Los Angeles Clippers in your thoughts and prayers, as either an accounting error in the amount of $226,000,000 or an intentionally written contract seems to have shown that someone is paralyzed above the shoulders, and has effectively hamstrung the entire Clippers team through the next six to 10 years.

In a related story, I once had a 1970 Ford Maverick that I threw money at left and right over a number of years. Moral of the story? In the end, it was still a piece of crap Ford Maverick and I was out all that money.

KEY TAKEAWAYS FROM 2019-20: Was there a more disappointing team in the 2019-20 season than the Los Angeles Clippers? Right through the middle of the round against the Denver Nuggets, everyone – and I mean everyone – was picking L.A. to win it all; over the reigning champion Toronto Raptors, no less. Neither team made it. Recently, Paul George noted to ESPN that, “We lost. But during that whole process, we never worked on adjustments.“We never worked on what to do differently. We just literally having the same shit happen over and over again.” Guess what, PG? It’s gonna be Groundhog Day for the next 6-10 years now that the team has invested in keeping you and Kawhi (Leonard) home.

GRADING THE COACH:  It’s hard to form an opinion on the Clippers naming Tyronn Lue as head coach to succeed the departed Doc Rivers. Fans of Lue (read: Mexico, Missouri – population 11,543) will argue that he’s coached the Cleveland Cavaliers to a championship, but that team was built by David Griffin and David Blatt with arguably the best player on the planet leading your roster. And I will counter that this is a guy who couldn’t get more than 12-15 minutes a night backing up one of the best to ever lace up a pair of Nikes and don the purple and gold. This is his chance to prove that the Cavs ‘ship wasn’t a fluke, but owner Steve Ballmer just cranked out George’s contract today – a contract so rich (and unwarranted) that there’ll be no takers in trade when George and Leonard fail to deliver and Kenny Atkinson or Larry Drew is tagged as the interim skipper to right the ship.

GRADING THE DRAFT:  With so many big names on the roster, it will be tough for Daniel Oturu (.558 and 15.2 points per game over two seasons with the Minnesota Golden Gophers) and Louisville, Kentucky’s Jay Scrubb (.524 and 21.0 ppg at John A. Logan College in Illinois) to do much of anything outside Agua Calientes, the Clippers’ G League affiliate.

GRADING FREE AGENCY:  L.A. brought Serge Ibaka (15.4 points, 8.2 rebounds last season in Toronto) back to the Western Conference, after earning a ring as a member of the championship Raptors squad. He should provide some reliability and scoring in the paint for the Clippers. Nicolas Batum (.434 and 11.6 points in his career) came over as a result of Charlotte throwing a lot of Benjamins at Gordon Hayward, and should be able to provide solid defense. Batum’s best years were in Portland, and he had moderate success in the Queen City, but was plagued by injuries. Rayjon Tucker came over from Utah, having played 20 games for the Jazz as a rookie last season, and Luke Kennard brings journeyman numbers to the table. Though Kennard is known more for dating Savannah Chrisley than he is for throwing down, he did have his best season in 2019-20 for the Pistons, hitting .442 percent of his shots en route to 15.8 ppg.

STRENGTHS:  Certainly Leonard and George are the go to. At nearly $70 million on the books for this season alone, expectations are going to be higher than 2019-20. That’s a lot of dimp! If they can, they’d better keep Lou Williams and Patrick Beverly so that whatever intensity they have, stays. Mr. Load Management and George certainly aren’t bringing much thus far.

OPPORTUNITIES:  You’ve gotta hope that Ibaka brings his best game and has a banner year. It was a travesty that the Clippers lost Montrezl Harrell to their cross-arena roommates. The L.A.’s may finish 1-2 again this year because of that loss, but only in the Pacific Division. There’s no way the Clips finish second in the Conference again.

PREDICTED FINISH (DIVISION/CONFERENCE):  The West just seems to get better and better, but the Clippers are never truly in that conversation. When they are, they disappoint. I feel they fall flat even more so this season, crushed under mounting expectation. 46-26, but it will only net them fourth at best, maybe even fifth in the Western Conference. They’ll be looking over their shoulder a lot in 2020-21.