RECONSTRUCTED: A Preview of the 2020-21 Los Angeles Lakers 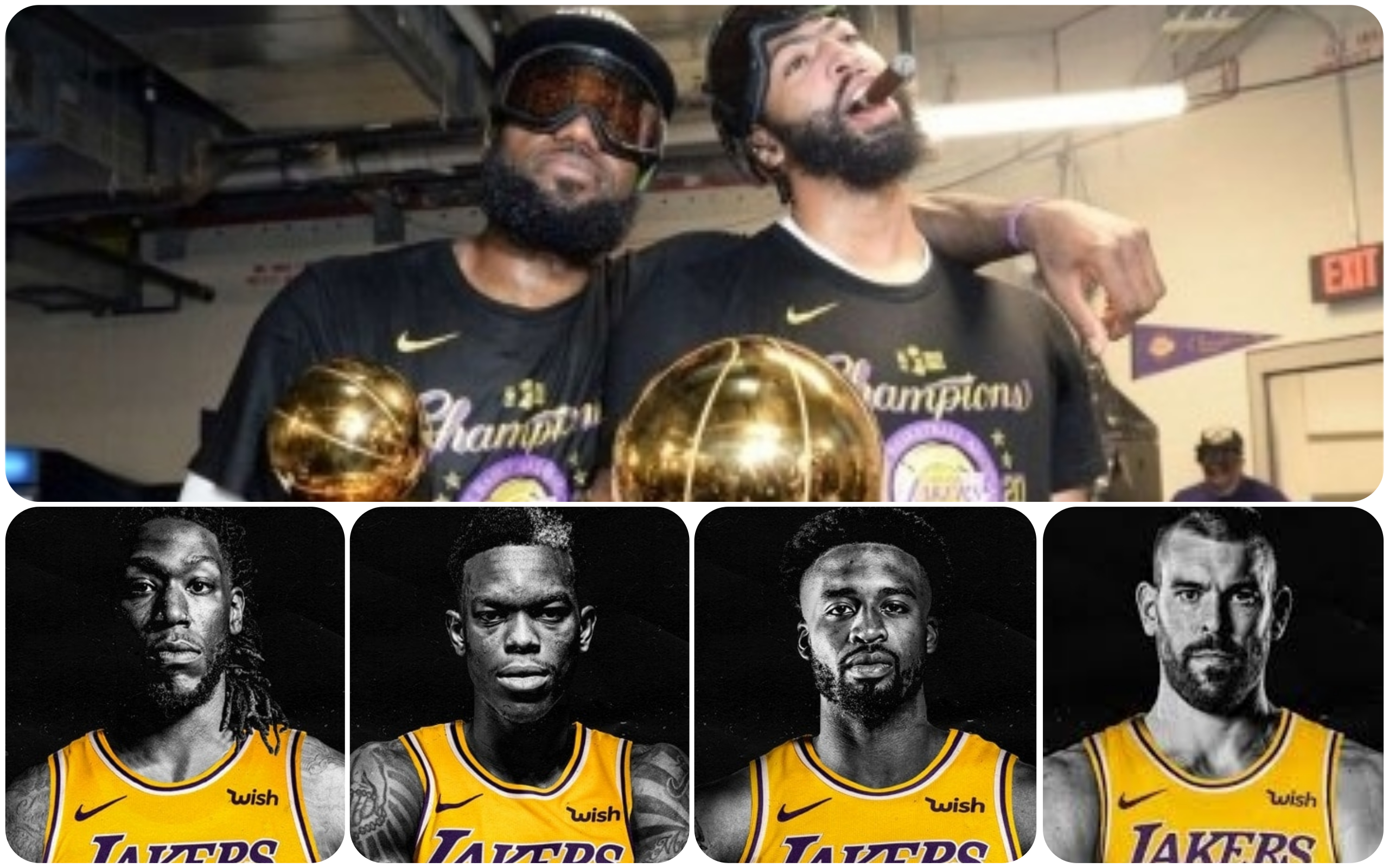 Unless they start counting their chickens before they hatch and have an enTITLEment mentality, this team - with Marc Gasol, Wesley Matthews, Dennis Schroder, and Montrezl Harrell - should win a championship this season. Did I forget anybody?

Not only did the Los Angeles Lakers loosen the purse strings for Anthony Davis (five years, $190 million) and LeBron James (two years, $85 million), but they also spent to lure free agents from a myriad of places – Toronto to Milwaukee to Oklahoma City to right down the hall in the Staples Center.

About the only thing they didn’t do was have former head coach Pat Riley coming out and promising another Lakers championship like he did in 1987. Instead, he was knocking the 2020 Lakers championship from his offices in South Beach, his Heat losing to L.A. just a couple of months ago.

Challenging the validity of L.A.’s championship?

I’ll say it like you did in ‘87 … I guarantee a championship in 2020-21 for the Los Angeles Lakers (though you never did three-peat like Kobe Bryant, Shaquille O’Neal, and Phil Jackson).

KEY TAKEAWAYS FROM 2019-20: COVID-19 may have been a blessing in disguise for the eventual 2019-20 NBA Champion Los Angeles Lakers. With the season having stopped on March 12th, the Lakers – as well as all other 29 teams – were able to relax and recuperate and and all fatigue woes, and there had to be some. Throughout the first part of the season, Davis and James had pretty much carried the Lakers on their backs. They would get an occasional assist from Kentavious Caldwell-Pope, but for the most part, the dynamic duo put their shoulders to the wheel and pushed along. Despite the championship, our heroes are another year older and whether they admit it or not, the ol’ injury bug could come a’calling any day this season. We were waiting for it a year ago.

GRADING THE COACH:  How can you throw shade at Frank Vogel when he has a championship ring being fitted for him as you read this? Championships are much more easily obtained when you have a LeBron James on your roster. Just run across the hall and ask Tyronn Lue. But Vogel should have an even easier time with the job that general manager Rob Pelinka did in getting James and Davis some help, shooting, legs, and muscle. Where a year ago we were keeping an eye on Lionel Hollins and/or Jason Kidd as back pocket options, this year we’re pretty comfortable with Frank.

GRADING THE DRAFT:  Jaden McDaniels (.405 and 13 points a night) was a member of a championship team for a fleeting moment, then he was headed to Oklahoma City for a tick of the clock, ending up in Minnesota when all was said and done. Certainly it seems that the Lakers knew they were going to lose Rajon Rondo, so snagged Dennis Schroder from the Thunder as insurance over McDaniels’ lone year at the University of Washington. Not to be confused, brother Jalen McDaniels was selected a year ago and is playing in the Charlotte Hornets’ system, both with the Hornets (16 games last season) and the G League’s Greensboro Swarm. Talented family.

GRADING FREE AGENCY:  L.A. saw the toughness they needed down the hall in the Staples Center, and grabbed Montrezl Harrell (coming off a great year where he shot 58 percent, and had 18.6 point and 7.1 rebounds a game) about as quickly as Harrell grabs a rebound and it’s already paid off as Harrell went 13 and 12 in his debut last night (against his former team, I might add). As mentioned earlier, another grab was Oklahoma City guard Dennis Schroder, who has been a solid Sixth Man with both the Thunder and the Atlanta Hawks, and is coming off a year where he scored about as many points (18.9) as Harrell. A surprise addition is Marc Gasol, who brings his own championship experience from the prior year’s championship team, the Toronto Raptors. Originally drafted as a Laker, the Big Burrito brings a career line of 14.6 points, 7.6 rebounds, and 48.1 percent from the field. Think Dwight Howard, but more successful and versatile. Brother Pau Gasol – a former Laker – is yearning to come back to L.A. and play alongside his brother for another championship run. Wesley Matthews honestly wasted a year in Milwaukee (.396 and 7.4 ppg), after much better years in Portland and Dallas; but will be another KCP-type player for the Lakers when called upon. And, lest we forget, they re-signed Jared Dudley to keep the team active on Twitter.

STRENGTHS:  Beefing up the lineup can’t hurt whatsoever. A team that won with mostly Anthony Davis, LeBron James, and the other guys should have no problem repeating this season. Experience is their best performance enhancer and motivation to repeat.

OPPORTUNITIES:  Counting their chickens before they hatch, are fed steroids, and slaughtered for Popeye’s chicken sandwiches. Don’t act and play entitled (you know who I’m talking to, Mr. LBJ).

PREDICTED FINISH (DIVISION/CONFERENCE):  Not only do I feel the Lakers will win the Western Conference, I believe they can easily be better than the Milwaukee Bucks, who have led the NBA the past two seasons, but come up empty in the post-season. Lakers will have confidence where the Bucks will have doubts and end up with the league’s best mark at 60-12.