RECONSTRUCTED: A Preview of the 2020-21 Milwaukee Bucks 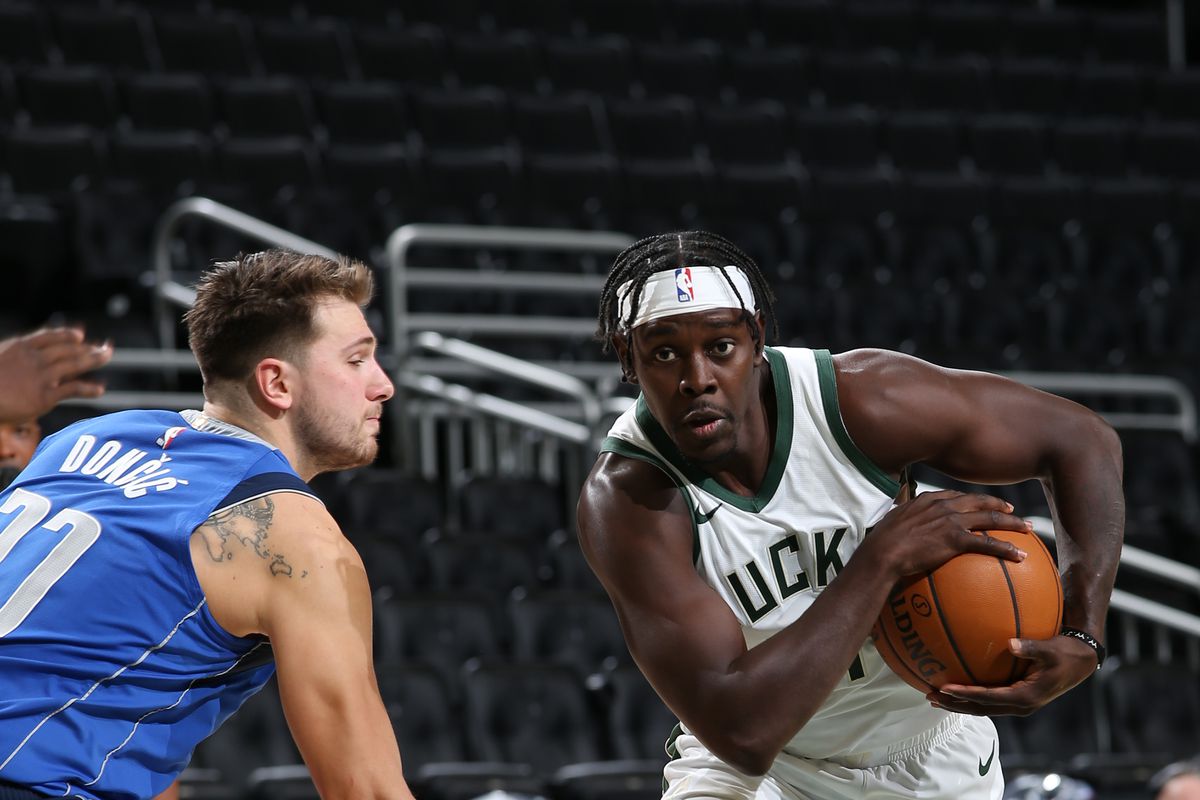 The player empowerment era in the NBA may just seem like a bunch of millionaires trying to stick it to a bunch of billionaires. While that may be technically true, at its core, it’s just another example of a (relatively) oppressed group of people attempting to assert their rights to those in power. The exploitation of athletes is just an appendage of the overall exploitation of the powerless in this country especially people of color.

That’s why when the Milwaukee Bucks stunned the world with their decision to protest the killing of Jacob Blake by going on strike, the rest of the sports world swiftly followed suit. It wasn’t just about Jacob Blake, Breonna Taylor, or George Floyd. It was about the system that failed these people, a system these athletes were all too familiar with. That’s why I don’t think it’s fair to reflect on the Bucks season last year without acknowledging their place in one of the most powerful moments in sports history.

Whether you agree with them or not, you can’t deny the fortitude that those young men and women exhibited that day.

Now onto your regularly scheduled snark and superficial analysis.

KEY TAKEAWAYS FROM 2019-20:  The Milwaukee Bucks must have had a buy one, get one free coupon for the season they had last year. Another dominant regular season, another MVP for Giannis Antetokounmpo, and another disappointing playoff exit.

If nothing else, their second-round exit affirmed the team’s ceiling. It forced management to reckon with the fact that tinkering at the edges wasn’t going to be enough.

The most intriguing thing to come out of this year was Giannis’ increasing willingness to shoot the three. His attempts per game jumped from 2.8 to 4.7. He still only hit 30% of them, but at least he’s trying to keep defenses honest. Even planting the tiniest seed in a defender’s mind that he might shoot will open up things so much more for him. (Paging Ben Simmons.) That’s a scary prospect.

When Giannis is only playing about 35 minutes a night in crucial playoff games, it’s fair for Bucks fans to wonder whether this Bud’s for them. With the most top-end talent he’s ever had, Coach Bud’s seat is going to be keeping him warm all year during those frigid Milwaukee nights.

GRADING THE DRAFT:  Perennial contenders like the Bucks rarely look to the draft to improve their team. LeBron James hasn’t met a first round pick on his team in over 10 years. (Seriously. It was JJ Hickson in 2008. It took me like 10 minutes to look it up.)

When you have a transcendental star like Antetokounmpo, your draft picks are more like gift cards to Disgruntled Stars ‘R Us. The Bucks decided to splurge to keep their franchise cornerstone happy. The store was a bit picked over, and they had to overpay a bit, but they got Giannis the shiniest toy they could find in Jrue Holiday.

The Bucks did maneuver themselves into a couple second round picks. They drafted a couple of sharpshooters in Jordan Nwora and Sam Merrill. Shooting will always find minutes in the NBA, and Budenholzer loves any excuse not to play his stars more than 32 minutes a game, so these guys will most likely get some run during the season. However, the Bucks won’t want to have to depend on them too much if they’re going to get where they want to go.

GRADING FREE AGENCY: In terms of unintentional comedy, I’ll give the Bucks’ offseason an A+. They were accused of tampering while the player they supposedly tampered with didn’t even know he was being tampered with because he never agreed to go there in the first place. Yeah, I’m still confused too.

After losing out on Bogdan Bogdanovic, the Bucks scrambled to salvage the rest of the offseason. They got another much-needed pick and roll ball handler in DJ Augustin. If you could combine Bryn Forbes and Torrey Craig, they’d be a perfect 3 and D player. Bobby Portis is…fine and could provide just the right amount of crazy for a team without a true enforcer. And who wants to live in a world where Sauce Castillo isn’t in the NBA? I sure don’t.

Despite what anyone thinks about their free agent haul, the Bucks fulfilled their ultimate goal of convincing Antetokounmpo to sign a five-year, supermax deal. Their offseason can’t be considered anything but a success.

STRENGTHS: Giannis Antetokounmpo. We can talk all we want about the Bucks’ historically great defense or their league-leading pace, but everything that Milwaukee does well is simply a testament to the utter dominance of Antetokounmpo. He’s only 26-years-old, and he might already be the most versatile defensive player in NBA history. He’s a three stride, two dribble, one-man fastbreak. The gravity that he creates on offense could rip the very fabric of the space-time continuum.

The Bucks are only going to go as far as their reigning two-time MVP can carry them. That’s not such a bad thing.

OPPORTUNITIES:  The Bucks have an opportunity to show the league that the player empowerment era doesn’t necessarily signal the demise of small-market teams. They have at least three years until a potential Giannis departure starts winding up the rumor mill again.

After the Bogdanovic and Connaughton debacles, the front office is going to have to tighten things up if they’re serious about surrounding Antetokounmpo with the talent necessary to win a championship. Even the Holiday trade carries risk since his player option for next year effectively makes him a free agent after the season. They absolutely cannot let him walk for nothing after mortgaging four straight drafts to get him.

PREDICTED FINISH (DIVISION/CONFERENCE): The Bucks are like the James Harden of teams. They will continue their reign as the best regular-season team in the league. Another dominant regular season and another MVP-caliber performance from The Greek Freak: 53-19, 1st in the Central and in the East.

Book Review: “Doc: The Life of Roy Halladay” perfectly encapsulates the Hall of Famer’s legacy
Fighters Primed to Headline for the First Time in 2021