RECONSTRUCTED: A preview of the 2020-21 Philadelphia 76ers 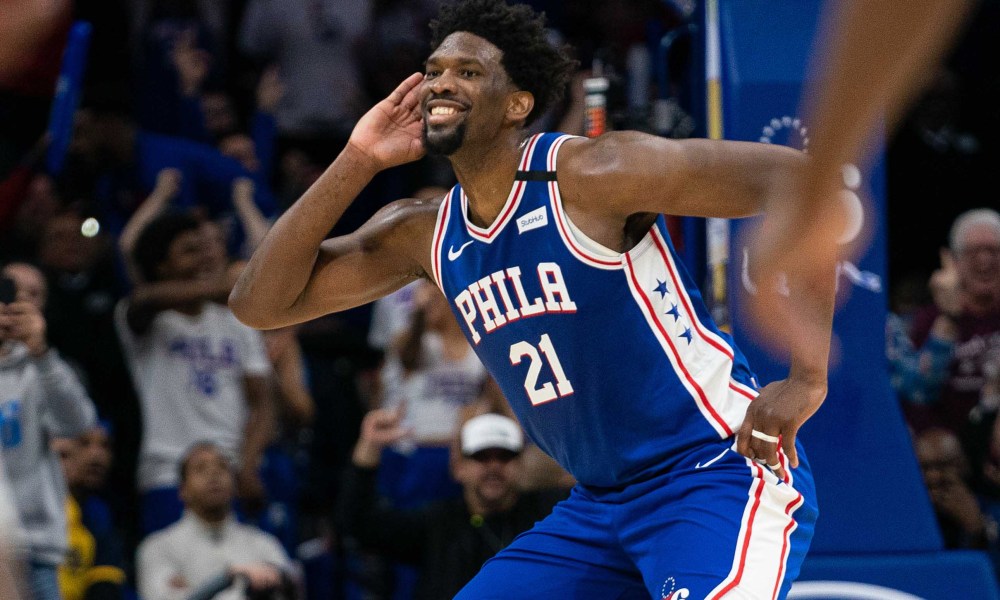 The 76ers will be one of the most interesting teams in the league this year. After a disappointing campaign last time out, a near perfect offseason has fans feeling hopeful. New president of basketball operations Daryl Morey has addressed the biggest needs of the team, and if coach Doc Rivers can work some magic with players like Ben Simmons and Tobias Harris, championships could be on the horizon.

If he can’t, another season of mediocrity awaits, and the end of the Simmons-Embiid combo draws ever closer. We already know what teams like the Bucks and Lakers will be, but with this 76ers team anything is possible.

For a franchise that was perhaps one shot away from a finals berth the year before, 2019-2020 was disappointing. It was an underperforming regular season that ended with an embarrassing sweep against the Celtics in the playoffs. While their home was a fortress as usual (31-4), their road record was even more dismal than past year, (12-26).

New 97 million dollar acquisition Al Horford never managed to integrate into the team, and Ben Simmons continued to be allergic to outside shooting. Tobias Harris continued to fall below the expectations placed upon him when the 76ers signed him to a max deal. An overall lack of 3-point ability often sunk the 76ers, who were unable to properly replace J.J. Redick’s spacing.

To add insult to injury, 76er fans had to watch Jimmy Butler make the NBA finals in Miami. A shakeup was clearly needed, and the team received that. They overhauled the front office by hiring analytics guru Daryl Morey from the Rockets to be their President of Basketball Operations, and replaced head coach Brett Brown with the highly reputable Doc Rivers, formerly of the Clippers.

GRADING THE COACH:  B+

Rivers has proven to be an excellent coach in his 20 years at the helm, leading teams to consistent playoff berths and championship contention. However his greatest flaw seems to be under-performing in the playoffs, a problem that the current 76ers share. That being said, his players generally adore him and fight hard for him. This seems to have happened already with the 76ers. Shooting guard Matisse Thybulle has already stated ““I think I speak for everyone when I say we love playing for [Doc].”

One of Rivers’ greatest coaching jobs was in 2018, when he led a Clippers team devoid of star power to a playoff spot and got Tobias Harris paid a lot of money. He is now reunited with Harris in Philadelphia, and gives Ben Simmons the same tutelage that turned Blake Griffin from a one-dimensional dunker into a well rounded offensive force. Rivers has presided over a top ten offense every year he’s been on the Clippers, and was top five in four of those years. Rivers and the 76ers both have a great chance to shed their playoff choker reputation in 2021, but it will be highly contingent on what Rivers can get out of some highly variable components.

GRADING THE DRAFT:  B+

Without game-changing lottery picks, it’s hard to have a stellar draft, but the 76ers did quite well with what they had. In the first round they nabbed Kentucky freshman point guard Tyrese Maxey. Maxey fills an immediate need of the 76ers, someone that can consistently create his own offense as a scorer and a capable ball handler when Simmons takes a seat. He’s quick and is great at attacking the basket with a variety of moves and an already elite floater. He also showed flashes of playmaking despite not being the main ball handler at Kentucky. His shooting is a question mark, as he shot below 30% from deep in his one season at Kentucky. However his form is fine, and he shot 83.3% from the free throw line, which is generally the best indicator of shooting success at the next level.

Maxey has the makings of a top tier on-ball defender, showing extreme effort on that end. He’s also got the physical tools; an above average wingspan for his height and good lateral quickness. While Maxey projects as a sixth man right now, if he can get a handle on his shooting, he slots in perfectly besides Simmons. He can be a perimeter threat and a secondary ball handler that can keep the offense flowing, as well as opening up pick and roll opportunities with Simmons as the roll man.

In round 2 they selected shooting guard Isaiah Joe, a sophomore from Arkansas. Joe represents another attempt by Morey to shore up on the most valuable commodity in the modern NBA, shooting. He shot 41% on high volume in his freshman year, and while his percentage dropped significantly in year two (possibly due to a lingering knee injury), he increased his free throw percentage to a stellar 89%. Overall, Joe shot 37.8% on 9.1 threes per game in his career at Arkansas.

Joe also has the potential to be a plus defender, with good size and great length. However, Joe will need to add significant weight to keep up in the NBA. Joe is also not a great athlete and isn’t going to be breaking defenders down to create his own shot. He most likely won’t be much more than a spot-up shooter offensively in the pros, but if he can marry that to good defense he instantly becomes one of the most valuable pieces in today’s NBA, a 3-and-D wing.

Finally, they selected Paul Reed, a junior big man from DePaul. He has ideal height and length to go along with impressive athleticism. At the very least he will be a great versatile defender, capable of handling multiple positions. He won’t be run off the court like many big men of yesterday by getting destroyed on the perimeter on switches.

Offensively…well there is a reason he was one of the last picks in the draft. His shooting percentages are actually pretty good for a big man, but his mechanics are wonky and he looks awkward shooting the ball. Coupled with a slow release and it’s unlikely his shooting is a true asset. He also probably isn’t going to create too much off the bounce for himself or others. He can run in transition though, and shows good touch inside. Reed can carve out a Tyson Chandler-esque role in the NBA, elite defense and put-backs and lobs on offense, which is still a valuable skill set.

One common theme in Morey’s first draft was value. All three players were projected by most outlets to go higher. Maxey was a potential late lottery but fell to 21. The 76ers wanted Joe at their original 34th pick and got him 49th. Reed also had grades in the 40’s, but the 76er’s got him with the third-to-last pick of the draft. While none of these guys may become all-stars, they all have clear roles to play that are valuable in the modern NBA. Maxey brings self-sufficient scoring and playmaking off the bench. Joe projects as a capable 3-and-D player and Reed has the makings of an ideal small ball center defensively.

Daryl Morey has really outdone himself in his first few months as President of Basketball Operations. They’ve addressed the 76er’s biggest concern, shooting, by bringing in one of the league’s premier snipers in Seth Curry. Curry shoots a scorching 44.3% from deep for his career, but will need to continue increasing his 3-point attempts. Five is simply too low for a shooter of his caliber.

Morey also brought in veteran Danny Green, a very capable 3-and-D player. Green also adds championship know-how to a squad defined by lackluster playoff performances. Both players improve the spacing around the franchise stars Embiid and Simmons, both of whom struggle from 3-point range.

He also performed a bit of addition by subtraction by offloading Al Horford’s albatross contract. Morey even replaced him by grabbing Dwight Howard, who showed tremendous value on the Lakers as a rotational big that will rim run and play good interior defense.

Perimeter Defense: Ben Simmons was a defensive player of the year candidate, and Matisse Thybulle showed off the defensive playmaking skills that got him drafted in the first round. Thybulle was second in steals and first amongst non-bigs in blocks on a per 36 basis. They also added the aforementioned Danny Green, one of the best wing defenders in the league. These three players all ranked in the top 15 of their position in 538’s DRAPTOR metric and in the top 25 overall in DBPM. Interior defense isn’t too shabby either, with Joel Embiid and Dwight Howard manning the middle. Both have collected multiple all-defense teams and even DPOY’s in Howard’s case.

Shooting: What a difference a year makes. Of course, this is a little bit harder to guarantee. Shooting numbers can often change dramatically year to year (look at Brook Lopez in 2019 compared to 2020) as attempts go up and teams game plan more around you. But as of right now, the 76ers feature three players that shot over 40% from three last year on more than three attempts per game (Korkmaz, Milton and Curry), and added Green, who is a career 40% 3-point shooter himself. This is more than any other playoff team in the East except the Pacers.

The 76ers are still a fairly young team, with the Simmons-Embiid-Harris core still under 30. That means there are a lot of ifs surrounding the squad. If Simmons can develop a semblance of a shot and become an asset in the half court offense, watch out. Similarly, if Harris, reunited with Doc Rivers, can regain some of the magic he had on the Clippers they suddenly have a deadly outside shooting force with the other offseason acquisitions.

In this best case scenario they become a complete team, able to score and defend at an elite level on the perimeter and inside. A team like that can challenge for the finals. Conversely if none of those things happen, they’ll run into the same problem they did last year. Stuck with Embiid as the only person that can create for himself outside of transition. This means another middling seed in the playoffs and a first round exit.

The 76ers play in arguably the toughest division in the NBA, so it’s no shame for them to finish 3rd here. The Raptors are three time champions of the Atlantic. The Celtics are perennial powerhouses. Barring an epic collapse from Durant and Irving (not out of the question) the Nets will be a championship threat. Still though, if the 76ers can mesh well and keep their home record even without fans (they were best in the league at home last year), while improving on a pathetic road record they will be in the mix.

The Heat and Bucks will most likely continue their winning ways, while the Hawks and Wizards are new threats. Still though, if the 76ers finish 3rd in the division, it’s hard to imagine them being any less than 5th or 6th in the East. However, there is so much uncertainty surrounding the team. They could be 1st, they could be 8th. That’s what makes them must-watch TV this year. You might see the birth of a dynasty or an epic collapse. Either way it’ll be fun.