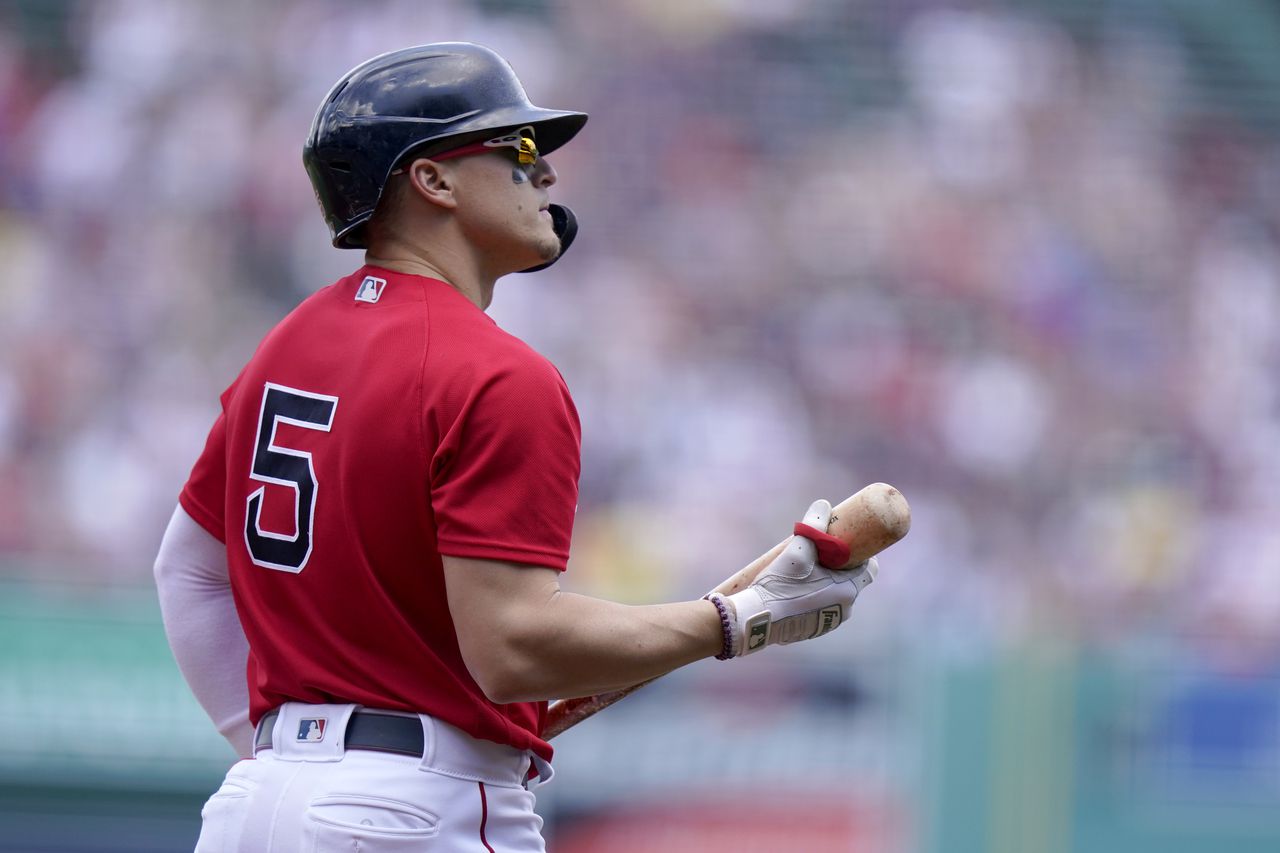 Hernandez has meant so much to the team over the past two years, and the front office understands he is better than his stat line.

The Boston Red Sox announced on Monday that they have extended Enrique Hernandez with a one-year, $10 million contract.  Hernandez is in the midst of a down season, but there are a few good reasons for Chaim Bloom to keep him in the fold.

Kiké is only in his second season with the Red Sox, but he has quickly become a team leader on the field and in the clubhouse.  The Puerto Rican has bonded well with his teammates and manager while rallying a passionate fanbase.  As the primary example of a superutility man–someone who plays many positions but also hits well–Hernandez has immense value on defense playing a good second base and a great centerfield.  He has also shown good power at the plate over the years and often comes up in the clutch.

That combination of enviable skills made Kiké a huge part of the 2021 Red Sox and their surprise run to the ALCS.  After signing a two-year, $14 million pact, Hernandez turned in a .250/.337/.449 slash line, equating a .786 OPS and 108 OPS+.  He popped 20 home runs and 35 doubles while accumulating a stellar 14 DRS in center and two in the infield.  Despite having only average speed, Hernandez had the best instincts, meaning he got great jumps and caught baseballs that most players don’t.  The combination of good offense and elite defense gave him 4.9 WAR, the highest mark of his career.

Hernandez has not recaptured the magic this year, due to the frustrating combination of being bad and hurt.  He got off to a dreadful start, with an OPS of .591 and a batting average under .200 in April.  His numbers have steadily increased each month, but he has still been below average each month, as well. He injured his hip flexor in early June and only returned in mid-August, missing more than two months.  Hernandez is playing well so far in September, but four games is too few to draw any conclusions.

It is important to remember that Kiké also got off to a slow start last year, and there were calls from fans and the media to move him down the lineup.  He had an on-base percentage of .271 at the end of April 2021, but Alex Cora was rewarded for his patience when Hernandez hit like an All-Star during the summer months.  There are only a few weeks left of this season, but Kiké can build some confidence for 2023 with a strong finish and more reps in September.

Any production will be a welcome sight for the Red Sox, since centerfield has been a black hole all season long.  The questionable offseason trade for Jackie Bradley Jr. and prospects flopped, since JBJ was designated for assignment last month.  Rookie Jarren Duran got an extended look in center, but he has failed to hit up to this point, and his defense and fan relations have been way worse.  The Red Sox demoted him a couple weeks ago.

There is reason for concern with Hernandez, as his advanced stats are going in the wrong direction.  His hard-hit rate, barrel rate, average exit velocity, and expected stats are all in the bottom third of the league.  He has also lost a couple steps on the basepaths and the grass, which probably has more to do with his injury.  Kiké still has above average walk and strikeout rates, but not to the same extent as last season.

Enrique Hernandez will still be a key part of the 2023 Red Sox, but a part-time role would be better for him.  He is due to bounce back with a return to full health, but his offense has regressed to an extent where the team should not expect another season like 2021.  He will probably be more “utility” than “superutility” going forward.  As long as there is no alternative in centerfield, the job is his.  Chaim Bloom has a long checklist this offseason but getting external help in the outfield is certainly on the list.