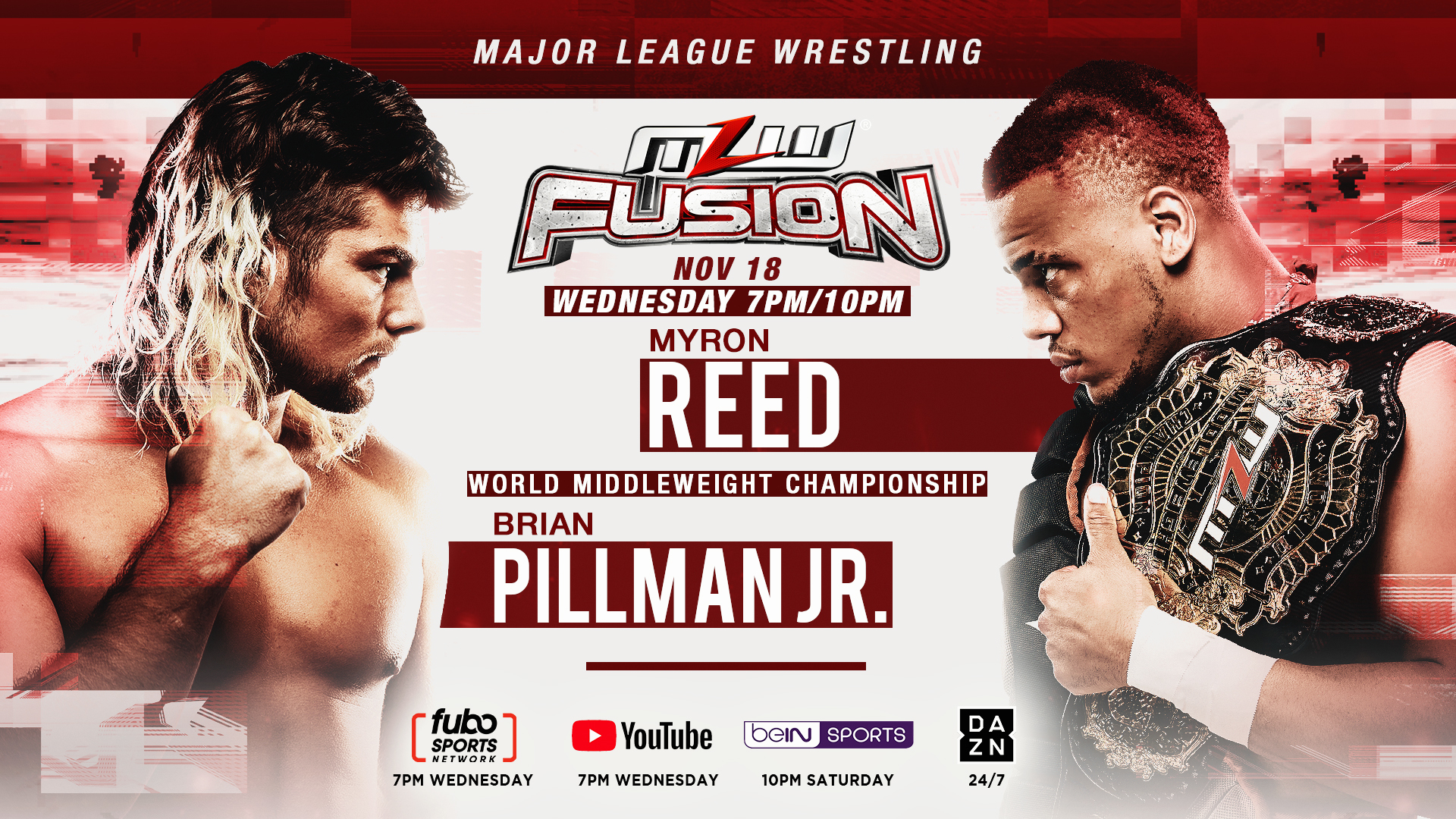 MLW returns Wednesday night November 18 at 7pm ET with the premiere of FUSION on Fubo Sports and YouTube.  Fans can also watch nationwide on cable and dish via beIN SPORTS on Saturday nights at 10pm ET and on demand anytime, anywhere on DAZN. Learn more about where to watch.

“Pillman is more see through than a glass door, at the restart I’m gonna leave him on the floor,” said Reed.

Reed, known as “The Young GOAT”, won the World Middleweight Championship November 9, 2019 in Orlando and has successfully defended the belt against some of the world’s top middleweights, including Japan’s El Lindaman and Mexico’s Drago.

Pillman will be moving down to the 205 and under division to challenge Reed for the fight.