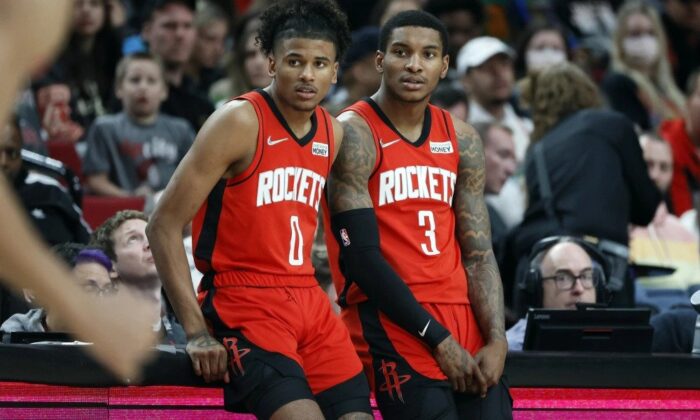 The Houston Rockets are 1-6 after seven games and face the Los Angeles Clippers on Halloween at 9:30pm CST. So far, they sit dead last in the Western Conference and have only won against the Utah Jazz.

During this stretch of games, there’s been some promising moments. The game against the Memphis Grizzlies was a back and forth affair, with Houston leading 100-95 at the end of the 3rd quarter. A chance to win against a Finals contending team, the Rockets blew the lead, scoring only 22 points to the Grizzlies’ 34 in the 4th quarter, losing 122-129.

On the stat sheet, Houston committed 14 turnovers, and shot a solid 45.7% from deep. The main struggle was their free throw percentage, as they missed 12 out of their 30 total free throws, shooting an underwhelming 60% from the line. This likely was the issue that cost them the game.

While it’s clear going 1-6 isn’t a promising start to the season, the Rockets are still in their rebuilding era. Winning isn’t necessarily the main goal of the team. It’s about choosing the right players in this rebuild for the future.  Chemistry and experience take time as the young core continues to play on the court together.

One of the glaring issues is the Rockets inconsistencies. At times they look like an well oiled machine, with fast break points, team play, and play with conviction. At other times, they display little to no effort, and appear lost on the court. They are currently 24th in defense, 23rd in PPG, and dead last in Field Goal percentage. A notable setback is franchise player Jalen Green, who is shooting 37.6% from the field and 35.5% from beyond the arc this season.

What’s more are the rotational changes. Coach Stephen Silas has been tinkering with the starting lineup on every game to see what works and what needs to be improved. For instance, he started 3rd overall pick Jabari Smith Jr. as the starting center during the Utah Jazz game, and it worked very well. With Jabari starting, the Rockets were able to prioritize floor spacing and lockdown defense. Houston won their first game this season, edging the Jazz 114-108.

They played the Jazz again the next game. This time, Utah prevailed, in a 109-101 victory. Houston was held to a 38% field goal percentage with 27.5% from three-point range. Additionally, they had 19 total turnovers.  Utah was able to make the necessary adjustments in their next matchup against Houston, keeping them from accelerating their offense.

These are the growing pains to developing a consistent lineup with a young core. Turnovers and scoring down the stretch are the main issues the Rockets face in the early season. This season they’re giving up nearly sixteen turnovers per game.

Although their glaring issues have been a problem, they’ve been able to be competitive in every game they play. Aside from playing the Milwaukee Bucks, Houston hasn’t been blown out in every game. In fact, the Rockets present various opportunities for themselves in a position to win. They just haven’t been able to capitalize on it. Losing close games may provide Silas insight, allowing additional opportunities to learn which players work well with each other.

Joe Flacco Should Be The New York Jets Starting Quarterback
Why Are The Rams Bad?