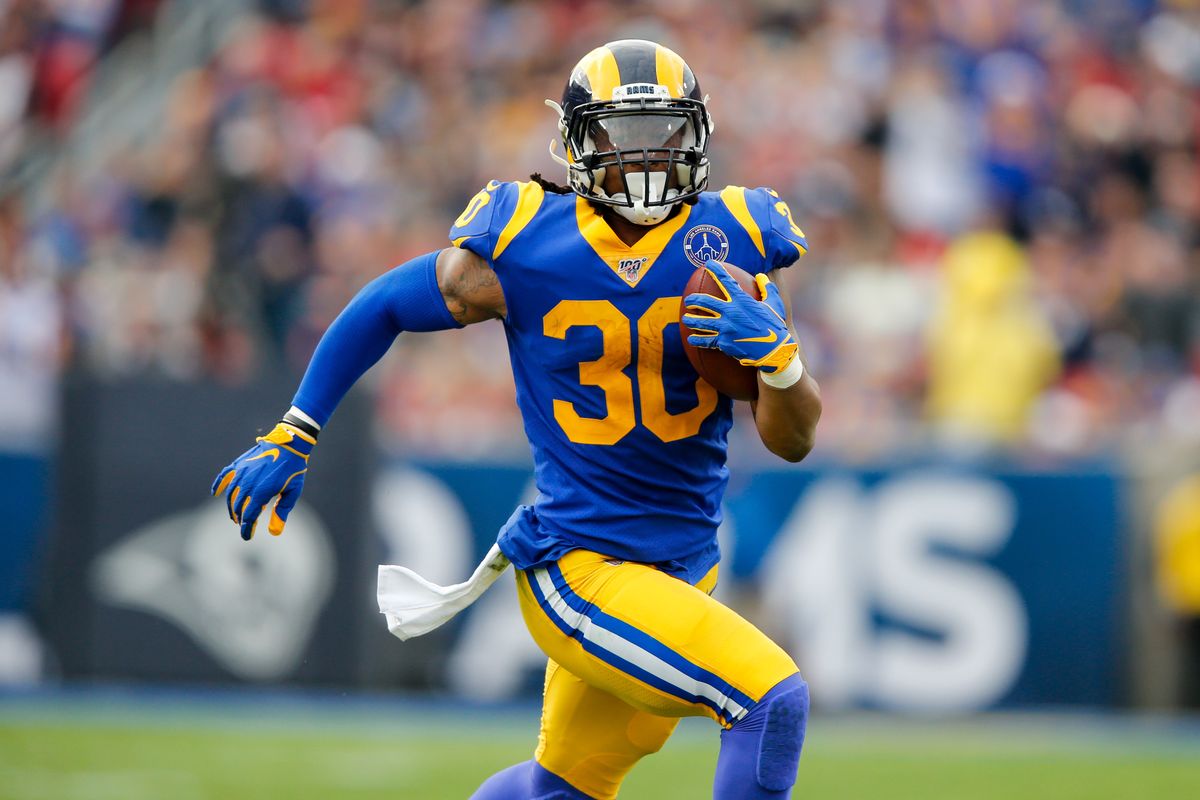 Thus far the Los Angeles Chargers have filled major holes at the offensive line. Heading into the offseason, this problem needed addressing immediately. And that is exactly what general manager Tom Telesco did after signing Corey Linsley, Matt Feiler and Oday Aboushi. The Chargers were among the top of the league with the most money to spend. Although they’ve filled these holes, there is still more work. Easily they are able to go through the draft to fix these holes, but going after veteran free agents on short term deals seems like a better idea. Especially while the Chargers still have financial flexibility under Justin Herbert’s rookie contract.

Todd Gurely would be a great addition to the Chargers as the team’s power runner. A combination of Austin Ekeler and Gurely has the potential to be the best one-two punch in the NFL. Looking back, the Chargers had a similar tandem a few years ago with Melvin Gordon and Gurley that looked good for the Bolts. However, Gurley will be Ekeler’s back up and will fill a similar role as Gordon did as the power back. Although Ekeler is one of the teams strongest players, when it comes to short yardage situations and needing to get that yard Gurely fills that void better. Not to mention that should Ekeler get injured again, the Chargers have a veteran back who has Super Bowl experience.

Though the Chargers have made it clear that they want to go younger at the cornerback position, adding Richard Sherman wouldn’t be a bad idea. Although Sherman is 32 years old, he still has something left in the tank. Richard is regarded as one of the best corners to play the position in the last decade. So much so that he will be in Canton, Ohio once he decides to retire. Brining in Sherman means that you’re bringing a winner who’s been to the Super Bowl three times, winning once. That is something that can help a young developing team such as the Chargers. Not to mention that Sherman knows the ins and outs of the game. On Chris Collinsworth’s Podcast, Sherman and Chargers head coach Brandon Staley kicked it off talking defensive schemes. Should Sherman join the Chargers, his presence in the locker will be felt from day one.

Since being drafted with the number one overall pick in 2014, Jadeveon Clowney hasn’t lived up to the hype. Though he isn’t entirely a bust, he has been disappointing. Coming out of college many viewed him as the next great edge rusher. Especially with his iconic hit against Michigan in the Outback Bowl. However since then, he hasn’t found that right situation yet. Bouncing around from team to team the past couple of years, pairing him up on the other side of Joey Bosa could be a perfect match. As we know, Brandon Staley is a defensive genius and is able to resurrect players’ careers. For example last year with the LA Rams, Staley revitalized Leonard Floyd’s career. Floyd had career highs sacks, tackles and QB hits last season and as a result got a major pay day. The same could happen with Clowney if they sign him.

Fixing the offensive line was a top priority for Tom Telesco this offseason. Signing free agents Linsley, Feiler and Aboushi were great additions. Now imagine if Telesco is able to bring in veteran Alejandro Villanueva to solidify the line for Herbert. A line of Bryan Bulaga, Matt Feiler, Linsley, Aboushi and Villanueva would be very difficult to get through. Villanueva would join his Pittsburgh teammate and his O-Line coach in Los Angeles. With a promising young talent in Herbert, it’s an enticing idea that Alejandro should consider. Not to mention that if the Chargers are able to snag him, it gives them more flexibility in the draft with the 13th overall pick. PFF graded Villanueva between 74-82 in each of his past five seasons.