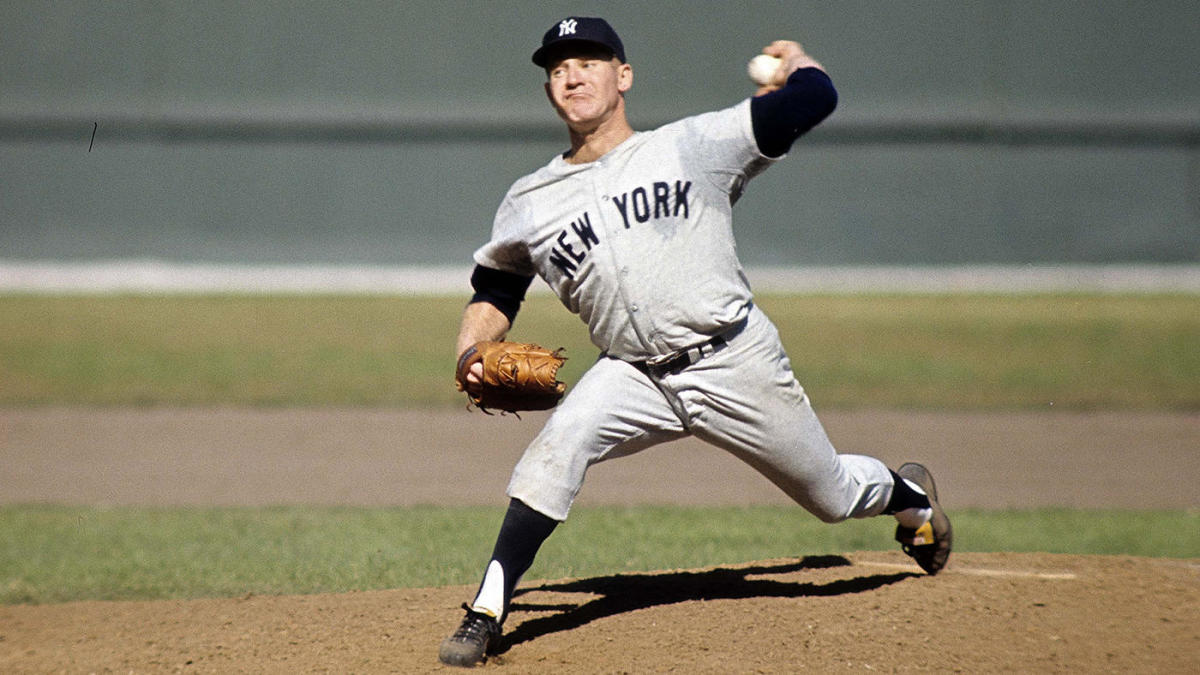 In an egregiously tragic year where time stood still on Planet Earth, the game of baseball was no exception. Serving as medicine for fans during tumultuous times as it has before, this vital part of American history said goodbye to an unprecedented number of the game’s biggest icons. Seven members of the game’s most prestigious group, the National Baseball Hall of Fame, were lost this year.

These were not just any hall of famers. Each achieved something especially notable to the game’s history. Suffice to say, each of these stars would have their own chapter in a history textbook chronicling the national pastime. When they died, a big part of the game went silent.

A career .297 hitter, Kaline made 18 all-star appearances in his 21 seasons, all with the Detroit Tigers. This earned him the nickname “Mr. Tiger”. On top of his ability to hit for average, he displayed impressive power by hitting a Tigers franchise record 399 home runs. His stardom began at an especially young age. At just twenty years old in 1955, Kaline hit .340, becoming the youngest batting champion in baseball history, an accolade he still holds today. Kaline was nearly perfect on the other side of the ball, winning ten gold gloves in the outfield, showcasing a cannon of an arm. Kaline capped off his legacy with one of the finest moments for the Motor City in 1968, when he led the Tigers to an impressive come-from-behind 3-1 deficit to win the World Series. In that series, Kaline batted .379 while driving in eight runs. Perhaps most impressive among his accomplishments, he ended his career as just the 12th member of one of baseball’s most exclusive clubs: the 3,000 hit club.

Known as one of the games greatest robbers, Brock obliterated opposing teams on the basepaths like no player before. In 21 seasons with the Chicago Cubs and St. Louis Cardinals, Brock stole a total of 938 bases, an all-time record until Rickey Henderson broke it in 1991. Underestimated due to slow hitting development early in his career with the Cubs, Brock was involved in a six player trade that sent him to the Cardinals in 1964. This wound up being one of the most lopsided trades in baseball history. In St Louis, Brock shined immediately, batting a prodigious .348 for the rest of the season, where he played an instrumental role in the team’s late season pennant and World Series run. From there, Brock’s career took off. Between 1966-1969 he led the league in stolen bases, establishing himself as a pioneer for aggressive base-running. “Base-running arrogance is just like pitching arrogance or hitting arrogance. You are a force, and you have to instill that you are a force to the opposition,” Brock said. In his final season in 1979, his baserunning legacy was complemented with a perennial hitting legacy, as he too became a member of baseball’s 3,000 hit fraternity.

Nicknamed the “The Chairman Of The Board” by New York Yankees catcher Elston Howard for his calm demeanor on the mound, this southpaw was the anchor of baseball’s longest dynasty. The Bronx Bombers dynasty started in the late 1940’s and lasted all the way into the early 1960’s. Ford began his career with a 9-1 record in 1950 that helped propel the Yankees to a World Series title. Following a two year stint in the military, he returned in 1953 and led the Yankees to an unprecedented fifth straight World Series title. Ford played alongside many Yankee greats over the years, including Joe Dimaggio, Yogi Berra and Mickey Mantle. But he remained as the one consistent piece of the dynasty, winning six World Series titles in his 16 season career. He ended his career with an impressively low 2.75 ERA  outstanding .690 win/loss percentage, fourth best all time.

If the 1969 Miracle Mets had a franchise face to define them, that face would be “Tom Terrific.” The New York Mets, who were a team of constant misery, had their first miracle in 1966. They won the lottery to top the Atlanta Braves $40,000 bonus, which won them the 21 year old out of the University of Southern California. Seaver immediately had an impact, leading the lackluster Mets to the greatest, most unexpected World Series championship in the history of the game in 1969. For the first 10 seasons of his career, Seaver reigned supreme as the Mets ace. He not only managed to finish at or above the .500 mark in wins and losses each year, but did so in a dominating fashion which had players whiffing at his pitches left and right. Seaver struck out at least 200 batters in nine straight seasons between 1968-1976, a record he still holds today. A media sensation in the New York market, Seaver and the baseball world received shocking news in 1977 that he would be traded to the Cincinnati Reds. On April 18, 1981, Seaver struck out baseball legend and future Mets icon Keith Hernandez for career strikeout number 3,000, a feat only 17 other players have accomplished in baseball history. He was later briefly reacquired by the Mets, only to be signed by the White Sox shortly thereafter. On August 4, 1985, Seaver again made history in New York, only this time in the Bronx instead of Queens. Pitching for the White Sox at Yankee Stadium, Seaver got a complete game victory to join elite company as a member of the 300-win club. That club today still only has 24 members.

Blaze! Intimidation! Hitter dread! Those are the adjectives that every pitcher ultimately strives for, and they were the perfect adjectives to describe Gibson. A superb all-around athlete, Gibson originally followed his passion for basketball by playing at Creighton University and joining the Harlem Globetrotters. He then decided to commit full time to baseball as he made his big league debut in 1959 with the St. Louis Cardinals, where he spent his entire career. Gibson had his first big league breakthrough in 1962 when he struck out 208 batters, the first of nine seasons in which he did so in his career. This would eventually lead him to becoming a member of baseball’s most elite group of pitchers, the 3000+ strikeout club. That was only a short taste of Gibson’s monumental career. He truly established fame in 1964 as he grinded his way through three outings in the World Series, including a game seven victory on just two days’ rest to lead the Cardinals to their first World Series title in 18 years. Gibson, a fall classic sensation, went 7-2 in the World Series, posting a riveting 1.89 ERA. In both the 1964 and 1968 World Series he struck out 30+ players, a feat that to this day only he has accomplished.   Gibson not only commanded the fall classic, but the future for the game of baseball. In 1968 he had the greatest regular season of any pitcher in the live ball era, posting a 1.12 ERA. He was the leading pitcher in what was known as the year of the pitcher. So historic, that as a result of Gibson’s dominance, MLB lowered the pitching mound by five inches while also shrinking the strike zone. Nothing spells greatness in the world of sports like a player’s dominance leading to rule changes. While Gibson has been best remembered as an intimidating force that struck fear into opposing hitters, his impact on the game cannot be understated. He is perhaps the greatest pitcher of all time and this success alone came with him heroically smashing down racial barriers that still existed throughout the 1960’s. If the baseball world were to give another name to the words “hard throwing” and “pitcher”, Bob Gibson would be a plausible candidate.

When people talk about great teams, they often bring up the Cincinnati Reds of the 1970’s, collectively known as the Big Red Machine. Among the many Hall of Famers operating the machine were hall of famers Pete Rose, Johnny, Bench, and Tony Perez. The team’s core when they won back-to-back World Series titles in 1975 and 1976 however, was second baseman Joe Morgan, who is perhaps greatest at the position. Winning back to back MVP awards in the aforementioned seasons along with five straight Golden Gloves and 10 all-star game appearances, Morgan could do it all. He could field, hit for power, and most notably get on base. In four different seasons he led the league in on base percentage, and he finished his career as one of the most disciplined hitters of all time. He is fifth all-time in walks with 1,865. After his retirement, his legendary baseball career continued when he joined the broadcast booth as ESPN’s Sunday Night Baseball Color Commentator alongside legendary play-by-play man Jon Miller. The duo lasted 20 years, comprising sports longest tenured broadcast duo. In the booth Morgan offered critical, yet insightful baseball analysis. His memorable tenure as a Hall of Fame player and broadcaster will live on in baseball immortality.

Uniqueness and longevity — two words that can easily define this hall of famer’s career. Neikro mastered throwing the quirkiest, rarest pitch in the game, the knuckleball.  The Milwaukee Braves took a bold risk by putting a knuckleballer out as a starter. The risk paid off as Niekro racked up innings. He put up a total of 5,404 innings pitched, the fourth most of all time and the most of any starter to pitch in the live ball era. His ability throughout his career to make hitters wave at pitches like fools, landed him in both the 300 win club and the 3,000 strikeout club, the Carnegie Hall for pitchers. In 1997, after his fifth year of eligibility, he was inducted into the Hall of Fame. Despite bouncing around with five different teams, his production never wavered, even after he reached his 40s. He won an additional 121 games after turning 40, a record that even today looks unreachable. A player’s expected development  and expected career pinnacle meant nothing to Niekro, as he proved that it wasn’t too late to establish himself as a full time starter at the age of 28, and still come out strong and pitch at the age of 48. Few athletes have ever achieved the timelessness of Niekro’s career and no pitcher truly mastered the art of one unique pitch over such a stretch of time.