Retirement Just a Turn in the Road for NBRPA 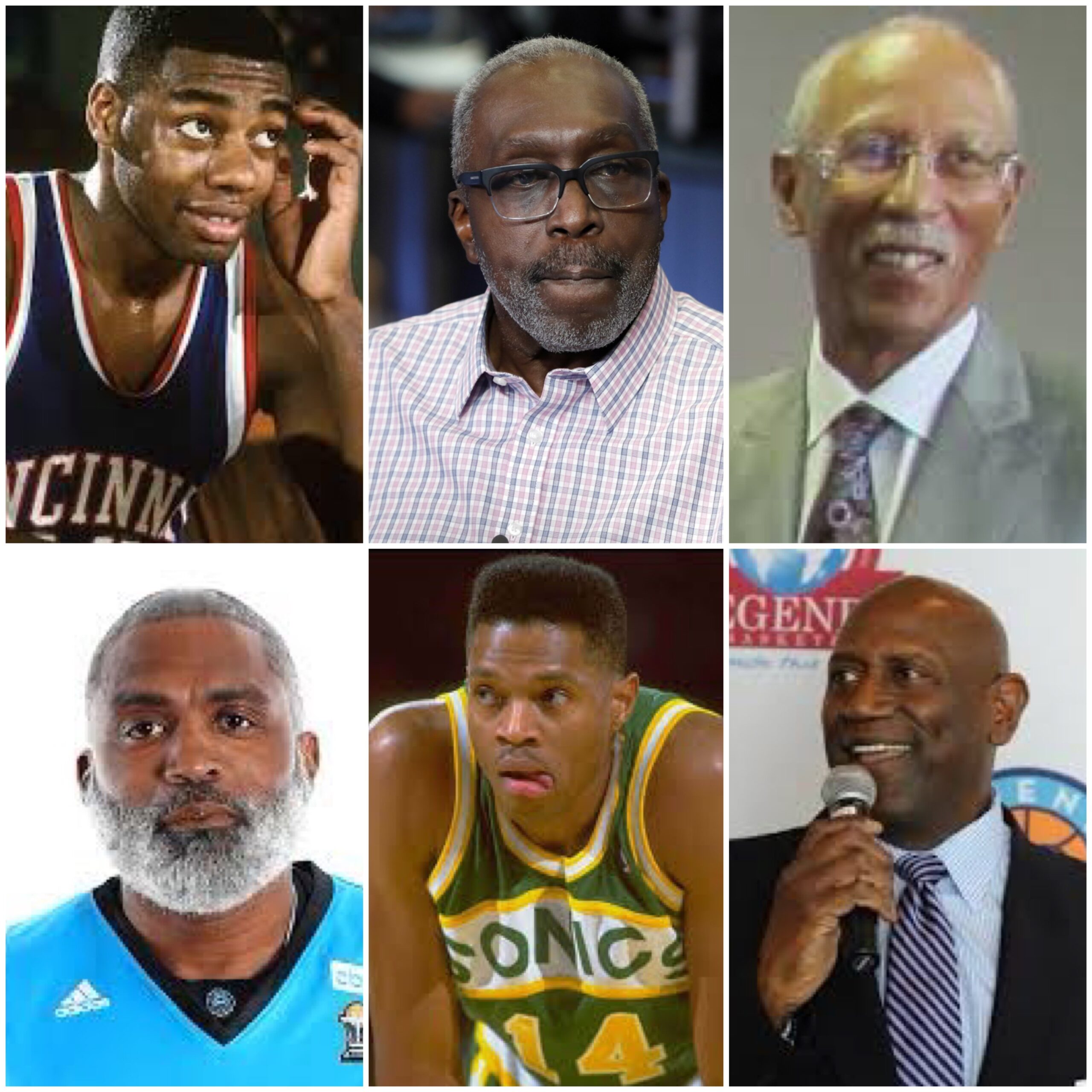 In fact, none of us are going to get out of this thing called life alive.

What happens is that you begin to look inward, begin to feel things like you are becoming irrelevant, invisible even, quite possibly feeling that everyone in the world has moved on beyond you, and you wonder if you’re even worthy of being someone’s memory.

If you think I’m overexaggerating, when is the last time you saw Gene Hackman in a movie – and trust me, in the 1970s-2000s he was in almost every other project in Hollywood.

Furthermore, how many of today’s generation even know who Gene Hackman is?

By today’s standards, I’m assuming that honor would be a foot race between Dwayne ‘The Rock’ Johnson and/or Kevin Hart.

My point is, people slide into that irrelevance and rarely get mentioned until their name pops onto social media as it reports their passing in 140 characters or less … and then their name slowly fades into our Snapchat memories and that’s it.

Nothing doing when it comes to retired NBA and WNBA players, thanks to Scott Rochelle’s mission and efforts. As Abraham Lincoln once said and Rochelle firmly believes, “it’s not the years in your life that count; it’s the life in your years.” 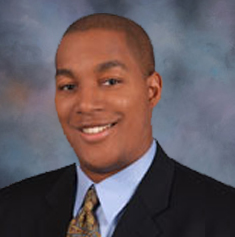 Rochelle, 38, began working with older and retired players with estate planning and fiscal activities that evolve off the court once players retired. He became a registered agent, working with former NFL players before he found himself carving his own path with former NBA players and is now the President and CEO of the National Basketball Retired Players Association.

With that came a lot of care and empathy, and Rochelle saw an opportunity where he could help players beyond the aftercare of just fiscal planning – the aftercare of relevance, and helping players maintain a voice long after the last sounds of the sneaker squeaks, raucous fans, and the echoing bounce of a basketball.

“There was one association for basketball players whereas in football there were 4-5 fighting with one another,” recalled Rochelle. “The NBA has grown tremendously within a 10-year span and (there were) opportunities to work our players in. (With programs like) NBA Global, there are ways the NBA has opened doors for us to continue to be relevant and be a part of their global growth.”

Initially, Rochelle stayed away from the NBA, “because it looked like a really tough nut to crack.” But once he showed the NBRPA what he could do for them when it came to reaching out through the magic and immediacy of social media, it was ‘Game On.’

“Everyone’s gravitated to social media. Players are learning how important it is to keep name and brand relevant by simply creating content, having a voice, and being visible,” said Rochelle, intimating that it’s been easier than people perceive. 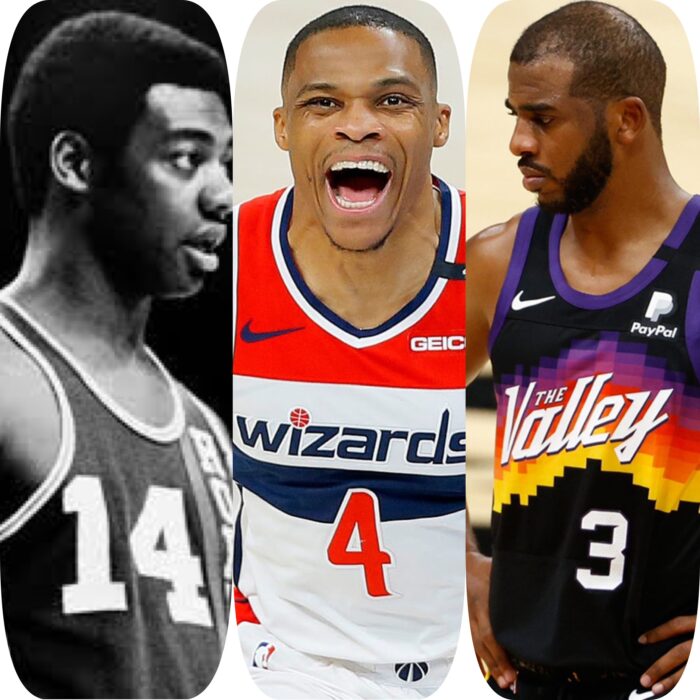 Through the way media has evolved, players like Oscar Robertson can follow real time stats as Russell Westbrook chased down his triple-double records and rose through them to create his own legacy or how Chris Paul defies the odds of injury and age himself to put his name alongside Robertson’s in what will eventually be his own Hall of Fame career.

Enter Tyler Jonson, aka ‘Trill Withers,’ who met Rochelle and his team at the 2019 NBA All Star Game in Charlotte, North Carolina.

Withers started off live tweeting games and earned an opportunity to run social media platforms for another sports company when he networked with Rochelle’s group in Charlotte, and then again a year later at the 2020 ASG in Chicago. That’s when Legends Live was created, helping not only to realize Rochelle’s vision, but to catapult it into the realm of immediacy in social media.

Both the NBRPA and Withers certainly had 2020 vision when they collaborated to launch the platform and Legends Live podcast, which Withers moderates, giving Rochelle and Co. the voice and ability to reach people, as he calls it, “timely and relevant to a situation that’s happening in real time.”

One of those situations was the shooting of Jacob Blake, a 29-year-old African-American male who was shot and paralyzed by police in August of 2020. You may recall that the Milwaukee Bucks, in a show of solidarity, refused to take the court in the NBA’s bubble in Orlando, Florida.

Other teams followed the Bucks’ example and brought the NBA world to a halt to bring awareness to issues much larger than basketball.

One of Withers’ most precious memories thus far is “Sam Perkins stopping by to talk to Scott Rochelle and I on (that) night. I loved hearing the perspective of a former player and learning all of the information about the boycott at the same time we did.”

“When the Milwaukee players, and other teams, decided to not take the court after the Blake shooting, to this day, this was one of our most popular live streams because the guys were talking about something that was happening right then and there,” recalled Rochelle.

Legends Live and the NBRPA’s evolution into the social media generation has not only made sure that former players’ names are not forgotten, it has furthermore given each and every player the opportunity to harness their voice through podcasts, social media platforms, and their publication, Legends Magazine. 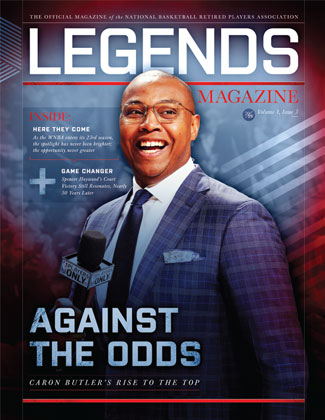 Rochelle reminds us that it also helps them “relate them to current times” and the “correlations between classic players and what’s being done every night.”

“Our goal is to give players a platform to express their voice. In the near future you will see players’ blog posts through the Legends Media outlet. Every opportunity to have players have their voice is important to us. There should be more and more outlets for this. We want to give players as many voices as possible.”

Withers has helped facilitate the vision in a big way with his podcasts.

He has had the opportunity to sit with legends like Earl Monroe – who Rochelle applauds for taking an active role in social media upon himself – former WNBA All-Star Sheryl Swoopes, Shareef Abdur-Rahim, John Salley, Cynthia Cooper, and Alonzo Mourning.

Withers also has had the chance to chew the fat with Cuttino Mobley, Dave Bing, Wayne Embry, Baron Davis, Kenyon Martin, Chris Mullin, Bill Walton, Charles Barkley, Grant Hill, Lafayette Lever, and Etan Thomas, who is no stranger to opinions and active participation in the betterment of society at large.

One of my personal Facebook friends – Olden ‘The Black Hole of Basketball’ Polynice – has been on the podcast and is very active on social media, mostly showcasing his wonderful kids and their athletic talents and exploits. Isiah Thomas posts regularly with his own hashtag – #LetItBeKnown.

Rochelle notes Thomas is “using that to remind people that he’s one of the top point guards of all time and what you’re seeing today has been done in the past.”

“Giving the players an active voice is really powerful to them. It gives the accuracy so we don’t lose the history. They’re very important to the game. They’ve established so many of the things that the game relies on now.”

No one knows that better than Spencer Haywood, who reminds us that the only other Denver Nugget besides 2021 MVP Nikola Jokic to win the NBA’s Most Valuable Player award was Haywood himself, back in 1970 when the Nuggets were part of the (American Basketball Association). 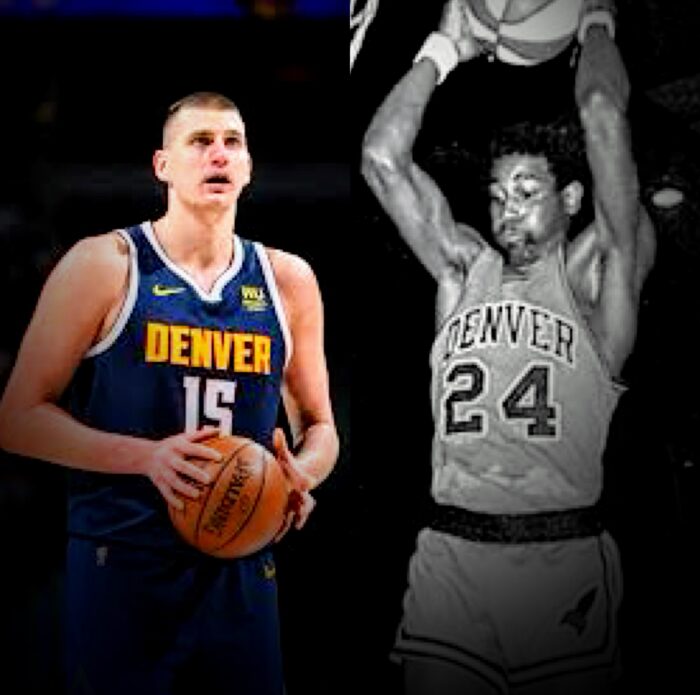 To basketball fans of this generation, this is an opportunity to bridge the gap. Many, even self-anointed ‘experts’ or fans of basketball, don’t know names like Bing, Cooper, Swoopes, Mourning, or Mobley, who was just as integral to the Houston Rockets’ 1994 and 1995 championships in Clutch City as were Hakeem Olajuwon, and then Clyde Drexler.

Most players live beyond their years only if they were a marquee guy (or gal), if they become a sportscaster, or if they appear on LeBron James’ “The Shop.” Or if someone sees a jersey like Davis’ or Monroe’s in a vintage shop (RIP Steve and Barry’s).

Then it’s a quick Google to find out who the player is so they can don a jersey they know nothing of the history of.

Rochelle, Withers, Legends Live, and the Association are working to fix that.

“The next phase is to expand and elevate the brand,” added Rochelle. “Take us to the next stage and make us the very best partner we can be for the NBA and WNBA and give our players the best possible opportunity to continue on as iconic elements of the game of basketball, especially as it’s experiencing this tremendous growth.”

“Once they’re done (playing basketball), there’s still so much more to them that they need to hone in on. The goal of the association is to create those community opportunities. They’re not in the locker room anymore but they still have the locker room feel, the camaraderie, where to go when they’re having issues. This is an opportunity to remain connected not just with basketball, but with their fans and with each other.”

After all, as Frank Lloyd Wright said, “the longer we live, the more beautiful life becomes.”

Having followed many of these players my whole life, and to continue to interact with them via social media platforms, has been a blessing to me.

With guys like Scott Rochelle and Trill Withers, it’s even more of a blessing to fans and aficionados alike.

Because even though the rings are glistening on the fingers or in a shadow box, the HOF jackets are fitted and look oh-so-dapper, and the dilapidated sneakers are sitting on a shelf, when these guys stand in the middle of their living room, they’re just like you and I … and basketball is just something that they’ve known all their life, been talented at playing, and been able to make a career of. 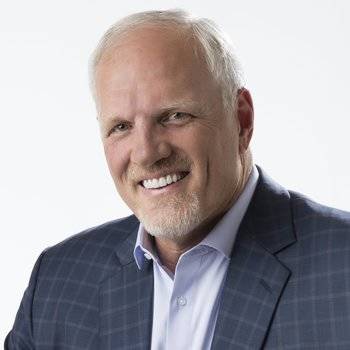 This piece is dedicated to one of my favorite friends and icons, Mark Eaton, who definitely exercised his voice and leadership via speaking engagements, and his book, ‘The Four Commitments of a Winning Team.’

Tracy Graven is the Senior NBA Analyst for BackSportsPage.com.
He has written the NBA, done NBA Radio, and appeared as a guest for the last 21+ years for HoopsWorld, Swish Magazine, HoopsHype, the Coach Scott Fields Show, NBARadioShow.com, and is also tackling the NFL, NCAA, and will be pinch-hitting on some Major League Baseball coverage for BackSportsPage.
He’s spent 20 years in locker rooms in Orlando, Boise (CBA, G League), San Antonio, Phoenix, Denver, Oklahoma City, and Atlanta.

Watch the podcasts at Legends Live