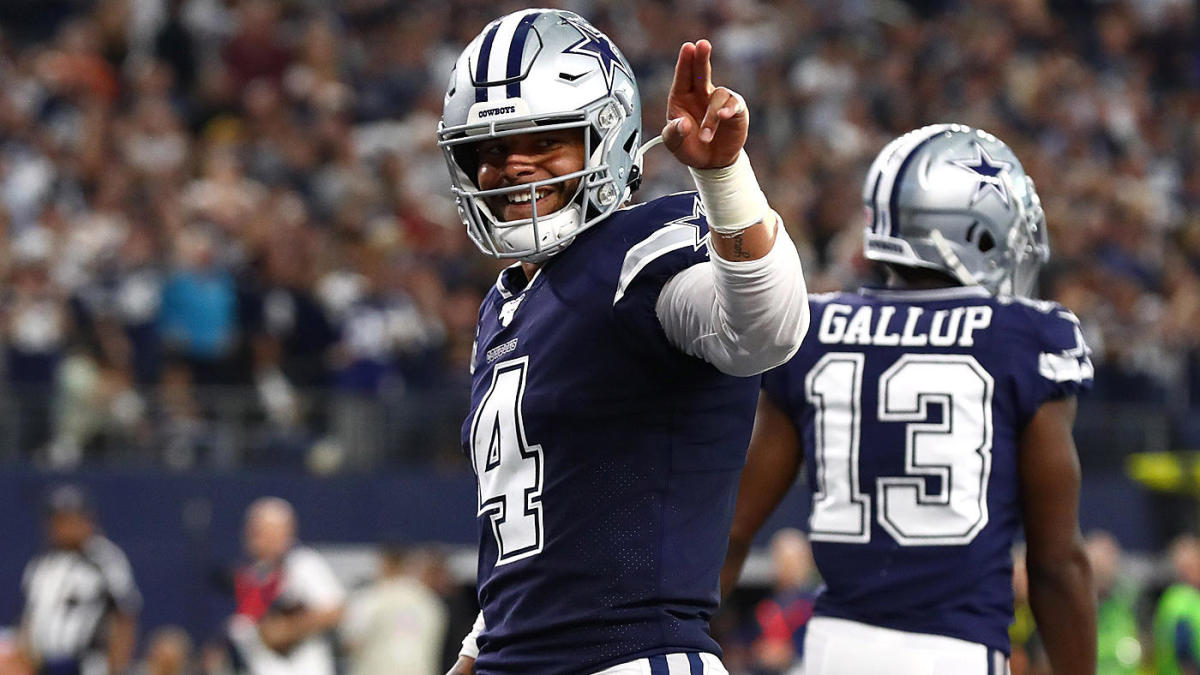 The 2020 season schedule for the Dallas Cowboys has been released, and fans of the team should be jumping for joy regarding the strength of schedule Dak Prescott and company will be taking on over the course of the season. In 2020, the Cowboys will play the NFC East (twice per team), the AFC North, the NFC West, and the Minnesota Vikings and Atlanta Falcons. Based on 2019 win percentages in the NFL, that is the third easiest schedule in the league going into the 2020 season.

Of course, this by no means guarantees Dallas a spot in the playoffs. This team is talented enough to go 12-4 with this schedule but also flawed enough to notch another 8-8 season. And of course, the NFC East is not necessarily a picnic; it has been 15 years since a team finished atop the division in consecutive years.

At first glance, the Cowboys will have to start off the season strong because of how tough the back end of their schedule is. They are slated to play both San Francisco and Baltimore in December; so the first few months of the season will be critical to their playoff hopes. The month of October is probably the most important month of the schedule for Dallas, as they face the Browns, Giants, Cardinals, and Redskins. If they go undefeated that month, it would set them up in great position to take a commanding division lead.

This season, there will be certain expectations placed on Dak Prescott. His franchise tag does not guarantee him a spot on the team next year, and a long-term deal has yet to be signed. There are games on the schedule that Dak will be expected to win, especially after Jerry Jones and company got him CeeDee Lamb in the first round. Both contests against the Eagles come to mind when thinking about such games. In the second game against the Eagles during the 2019 season, Dak Prescott did not throw a single touchdown. In fact, the offense did not find the endzone at all that game. To put more salt in the wound, if the Cowboys had won that game, they would have punched their ticket to the playoffs, but the offense sputtered out and Dak and company were forced to watch the playoffs from their couches. These are things that cannot happen this year, because if they do, Dak’s future as a Cowboy will come more into question.

There are also a few very exciting-looking games on the schedule for Dallas which may prove to be absolute battles. These games will prove to be very entertaining when they come along:

The first game that comes to mind is the first game of the year against the Rams in Los Angeles. Both Jared Goff and Dak Prescott were taken in the same draft, one with the first overall pick and the other in the fourth round. The last time these two teams played was December 15, 2019. The Cowboys would walk away victorious after putting up 44 points to the Rams 21. Dak Prescott threw for two touchdowns that game while both Ezekiel Elliot and Tony Pollard rushed for over 100 yards. Although, the Rams were triumphant when it truly mattered. 11 months before the 44-21 thumping, the Rams beat Dallas in the Divisional Round of the 2018 playoffs by a score of 30-22. These two teams have gotten familiar with each other over the past year, and their two fanbases cannot wait to watch them go at it on primetime television the first week of the NFL season.

The second game that will prove to be an all-around exciting affair will be the first Philadelphia game. This game will have wide-reaching implications for the divisional crown at the end of the year and the bad blood between these two teams seems to get worse as the years go on. The Philadelphia crowd will be electric during this primetime atmosphere as well, adding more heat to the flames. Dallas and Philly split their series last year, and both teams are going to try to make sure that does not happen again.

The San Francisco game in week 15 will also be a thriller. San Francisco boasts one of, if not the best defensive lines in the league; while Dallas’s offensive line has been the team’s pride and joy over the last couple of seasons. This game will be decided in the trenches, and the team who can protect their quarterback most often will come out victorious.The game will be in Dallas, and broadcasted on primetime television. This game comes right before two divisional matchups to close out the season, so a win against the Niners would do a lot for the team’s confidence prior to contests against both the Eagles and the Giants.

The Cowboys certainly have an opportunity to make waves this year. Their schedule will allow them to get settled under Mike McCarthy and will also provide them chances to test how good they truly are. Games against the likes of Lamar Jackson and the Ravens will be huge tests to see how far this team has come. If Dak Prescott can play like he did last year and the defense takes a step forward, this team will probably end up in the playoffs.