The Indianapolis Colts entered the offseason widely regarded as “just a quarterback away” from competing. When they went and got 16-year veteran Phillip Rivers from free agency, questions still remained if the aging Rivers could make the difference. eight games in, the Colts sit at 5-3 and the answers to those questions still remain fairly unclear. 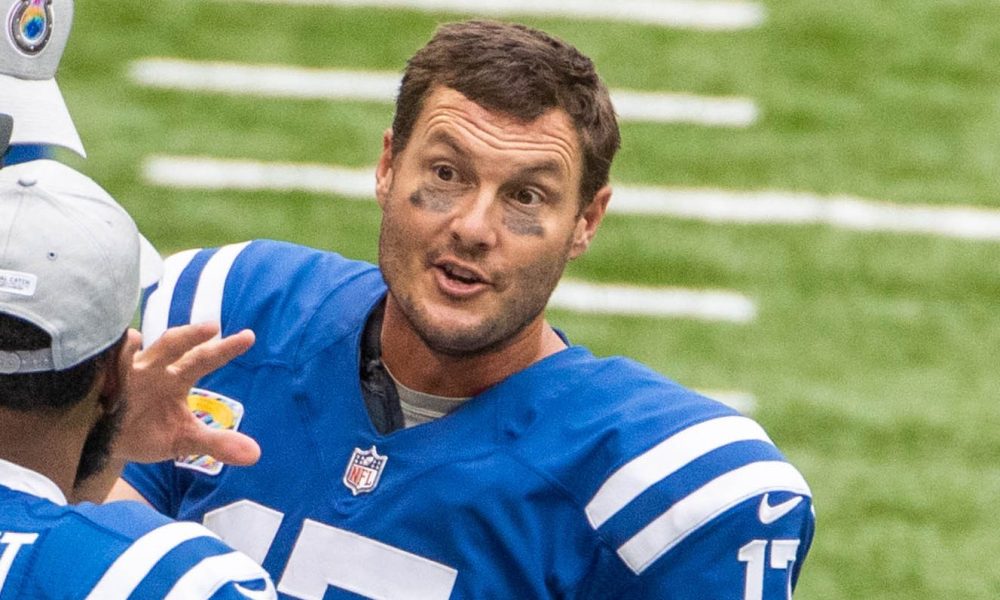 The Indianapolis Colts entered the offseason widely regarded as “just a quarterback away” from competing. When they went and got 16-year veteran Phillip Rivers from free agency, questions still remained if the aging Rivers could make the difference. eight games in, the Colts sit at 5-3 and the answers to those questions still remain fairly unclear.

Two weeks ago against Detroit, Rivers dominated with 262 yards, three touchdowns, no interceptions and 70% on completions. This Sunday against Baltimore, he managed 227 yards, no touchdowns, a costly pick and 58% on completions. He also found a way to trip over his own feet while Baltimore returned a Jonathon Taylor fumble 65 yards for a scoop and score touchdown.

The Colts have one of the better lines in football. The receivers aren’t the best in the league by any means, but they do have some decent options for Rivers to target. Sometimes he just doesn’t appear to have very much life left in his arm. He also can tend to be pretty turnover prone and that problem does seem to get worse in the late stages of games. It’s clear Rivers isn’t the future in Indianapolis, but one has to begin to wonder how soon his replacement could be coming.

GM Chris Ballard didn’t make any big moves at the trade deadline, as has been his usual approach in his tenure, but this means Rivers is the Colts guy for the time being. Backup QB Jacoby Brissett is waiting in the wings, he actually came in to attempt a hail mary at the end of the first half, but head coach Frank Reich is standing by the veteran and letting Rivers go. Why not? At 5-3 the Colts are only a game behind the AFC South leading Tennessee Titans.

To be fair to Rivers, he has struggled to build comfort with receivers as the Colts pass catchers have essentially been a revolving door of injuries or bad performance (TY Hilton, Zach Pascal.) Nevertheless, Rivers has still had plenty of time to pass with a great line and has had open men that he has failed to get the ball to. The Colts ceiling feels somewhat limited with Rivers under center in comparison to a QB like reigning MVP Lamar Jackson.

Competing in the division is hardly a “problem” but if you look at it from a draft pick lens, there’s no way the Colts are in the Trevor Lawrence or Justin Fields sweepstakes. Perhaps Kyle Trask from the University of Florida could be an option. For now, the Colts are going to try to have to win with what they have. That means strong defense, a persistent ground game that needs to get more efficient and a short pass game that can get yards after catch.

Indianapolis and Rivers are entering a critical part of the schedule, with two games against the Titans separated by a matchup at home against the 6-2 Green Bay Packers. Rivers has played well against bad teams, but he’s struggled to produce against opponents with winning records. The veteran QB has only one touchdown to three interceptions combined in the Colts’ games against the Cleveland Browns, the Chicago Bears, and the Ravens. He’s going to have to step up in big games if the team hopes to have any shot at contending. The good news is, he’s done it before and he can continue to mold young weapons with his veteran leadership. Rivers may not be the future, but he may still be adequate enough to get the Colts to the playoffs.