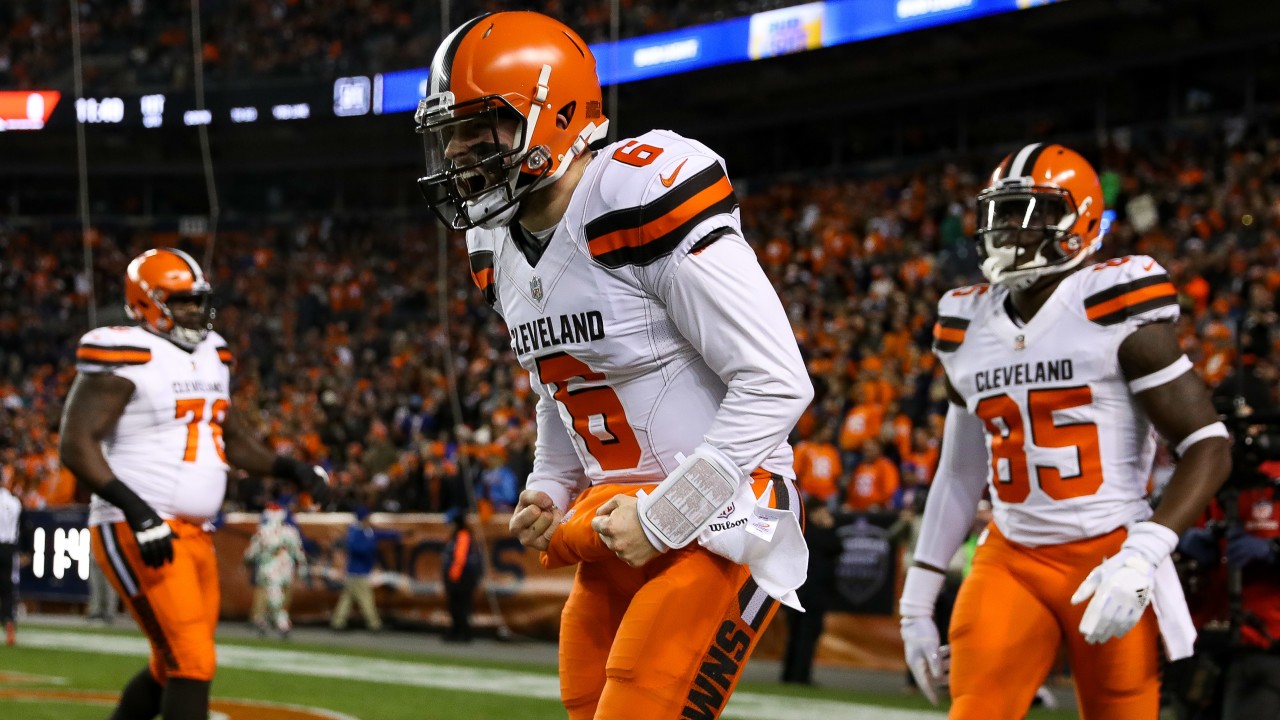 Last Season: The Cleveland Browns ended their 2018 season in 3rd place of the AFC North, ending the year with the record of 7-8-1. The Browns finishing 3rd in their division with a losing record is not as disappointing as it sounds because they ended their 2017 campaign with zero wins and 16 losses. In fact, the Browns’ 2018 season was their best season since 2007 (10-6).
The Browns’ 2018 season was an emotional roller coaster for the team and their fans. Head coach Hue Jackson was fired on October 29th after posting a record of 2-5-1 through week 8 of the season. While Jackson was the head coach of the Browns he had a record of 3–36–1 in two and a half seasons. To say his firing was long overdue would be an understatement. Gregg Williams, former defensive coordinator, was named interim head coach following Jackson’s firing. Under Williams the Browns finished out the year with a 5-3 record.

Transactions: The Browns were very busy this offseason; due to their activity in free agency they have been thrust to the forefront of the NFL news cycle. The biggest move the Browns made this offseason was trading for superstar WR Odell Becham Jr (OBJ). The trade package that brought OBJ to Cleveland included DL Olivier Vernon from the New York Giants in exchange for OL Kevin Zeitler, DB Jabrill Peppers, 2019 first-round pick and a third-round pick. Reuniting OBJ with his best friend and college teammate Jarvis Landry will not only help Mayfield take a big leap in his progression as a QB, but it will give opposing defensive coordinators nightmares when trying to game plan against the talented receiving tandem. The Browns also quietly acquired 2017 rushing leader (1,327 yards) Kareem Hunt. Hunt will serve an eight game suspension at the beginning of the year, for violating the league’s personal conduct. Not to be overlooked the acquisition of DL Vernon will help bolster the Browns’ pass rush. The Browns are hoping that drafting of CB Greedy Williams will help fill the void in their secondary that was made by trading away DB Peppers.

Title Hopes: The Browns’ fanbase began to see the light at the end of the tunnel in 2018 after Williams took over as interim head coach. Not only did the Browns have a winning record after the coaching change, but rookie quarterback Baker Mayfield gave the fans something to cheer about. Mayfield threw 27 touchdown passes, breaking the record for the most touchdown passes thrown by a rookie quarterback.

The Browns gained a lot of hype and attention this offseason following the signing of WR Odell Becham Jr. The Browns offense was pretty good last year after Mayfield assumed the starting quarterback role and rookie running back Nick Chubb burst on the scene. Following the Browns productive offseason, their offensive skill positions (Mayfield, Chubb, Hunt, OBJ, Landry, and TE David Njoku) look like a starting lineup of a fantasy football league. Because of the star power the team possesses on the offensive side of the ball, the defense is very overlooked. The fact of the matter is that the Browns’ defense also has a lot of talented football players staring DL Myles Garrett and newly acquired  DL Olivier Vernon. Many people believe that the Browns roster is so talented that they will not only win the AFC North, but that they will make a run for the Super Bowl title.

The Tragic Flaw: The 2019 Browns are not only playing against the teams on their schedule, they are also fighting their history. Since 2008 the Browns have a win-loss record of 45-130-1. The 2019 Browns are also young and inexperienced. Only OBJ and Hunt has any real playoff experience, which doesn’t say much being that they only have two playoff games under their belt combined. Distractions will play a role in the performance of this team. OBJ is still in his feelings about being traded from the New York Giants and Mayfield is bold and unapologetic about what he says to the media. The 2019 Browns’ success will be contingent on how well they can handle the hype and scrutiny that will come their way if they do not play well.