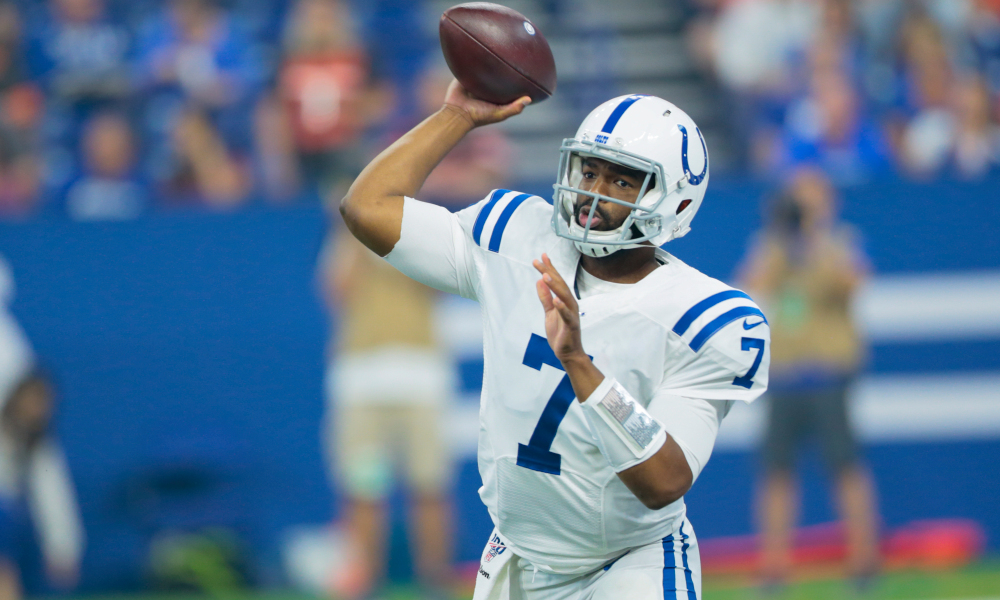 Last Season:
First year Head Coach Frank Reich and the 8th youngest roster in the league started the 2018 season with some noticeable growing pains. The Colts sputtered to a 1-5 start before pulling a complete 180 and winning 9 of their remaining 10 regular season games. Rookie linebacker Darius Leonard led the NFL in tackles on his way to winning Defensive Rookie of the Year. Rookie Guard Quenton Nelson headlined a much-improved offensive line that went 5 consecutive games without allowing a sack and ended the season ranked 3rd overall according to Pro Football Focus. QB Andrew Luck returned to his former glory in what would become his final NFL season, winning Comeback Player of the Year and throwing for 39 touchdowns. Indianapolis defeated the Texans in the Wild Card round to win their first playoff game since 2014 but had no answer for Patrick Mahomes and the Chiefs in the Divisional round, losing 31-13.

3rd year GM Chris Ballard received good marks for the Colts’ offseason. Both Mike Sando of ESPN and Sean Wagner of CBS Sports graded the team’s collection of moves as an A-. With over $100 million available in salary cap space, it was rumored that Indianapolis may attempt to make a big splash in free agency by bringing in Le’veon Bell. Ultimately, Ballard and the Colts opted to take a more conservative approach and spend modestly on pieces such as DE Justin Houston and WR Devin Funchess. Houston (78.5 career sacks) should help bolster a pass rush that has been pretty mediocre since the final days of Freeney and Mathis. Funchess (21 TDs in 40 career starts) looks to return value in providing a much-needed additional red zone target. Indianapolis also selected 3 rookies in the 2nd round that could make an impact this season: CB Rock Ya-Sin, LB Ben Banogu, and WR Paris Campbell. Of the three, it seems Sin will likely play the biggest role and should help improve a secondary unit that struggled at times last season.

Indianapolis surprised a lot of people with their second half surge last year and the expectations had been raised accordingly for 2019. However, with the surprise announcement of Andrew Luck’s retirement the Colts now find themselves with a lot of questions to answer. The defense will likely need to at least maintain, if not build upon last year’s success (10th best in points allowed and 11th best in yardage) if the Colts will still have a shot at competing for the division. The offense looks to be a work in progress to start the year as the unit works to find their identity in the post Luck era. Even without Luck under center, Indianapolis has capable playmakers on both sides of the ball that could feed off the doubt much like last season. The AFC looks to be fiercely competitive with no shortage of contenders, so Indianapolis is going to have to beat the best if they want to be the best. The biggest challenges blocking the Colts road to the Super Bowl will be the Chief’s high-powered offense and of course Brady’s Patriots.

Jacoby Brissett has big shoes to fill. Indianapolis will surely miss the production of their longtime franchise QB. If Brissett is unable to step up in a big way it will be the undoing of this season for the Colts. The young QB lacks experience and is an unencouraging 5-12 as a starter in his career. It’s worth noting that the surrounding circumstances were much worse the last time Brissett was given the opportunity to lead the Colts in 2017. He was traded for just one week before the season began and had to learn the playbook on the fly. Not only does Brissett have the benefit of additional time to gain experience and confidence running the offense, he has the benefit of a stronger system under Frank Reich than Pagano provided him in 2017. The offensive line is also drastically improved since the last time Brissett started and was sacked a league high 52 times. One more argument for optimism is that the Colts have a much stronger running game now with a young explosive lead back in Marlon Mack that should take some of the pressure off their QB. Another factor to keep an eye on will be how the team fares against the 7th most difficult schedule in the league. Colts opponents had a winning percentage of .518 in the 2018 season. The team has particularly daunting road matchups against San Diego, Kansas City, Pittsburg, New Orleans, and Houston. On one hand, this provides Indianapolis an opportunity to size themselves up against likely playoff opponents. The problem is that if too many of these challenges result in losses, the Colts won’t find themselves with any playoff opponent.