Rockets Preseason: What We Know So Far 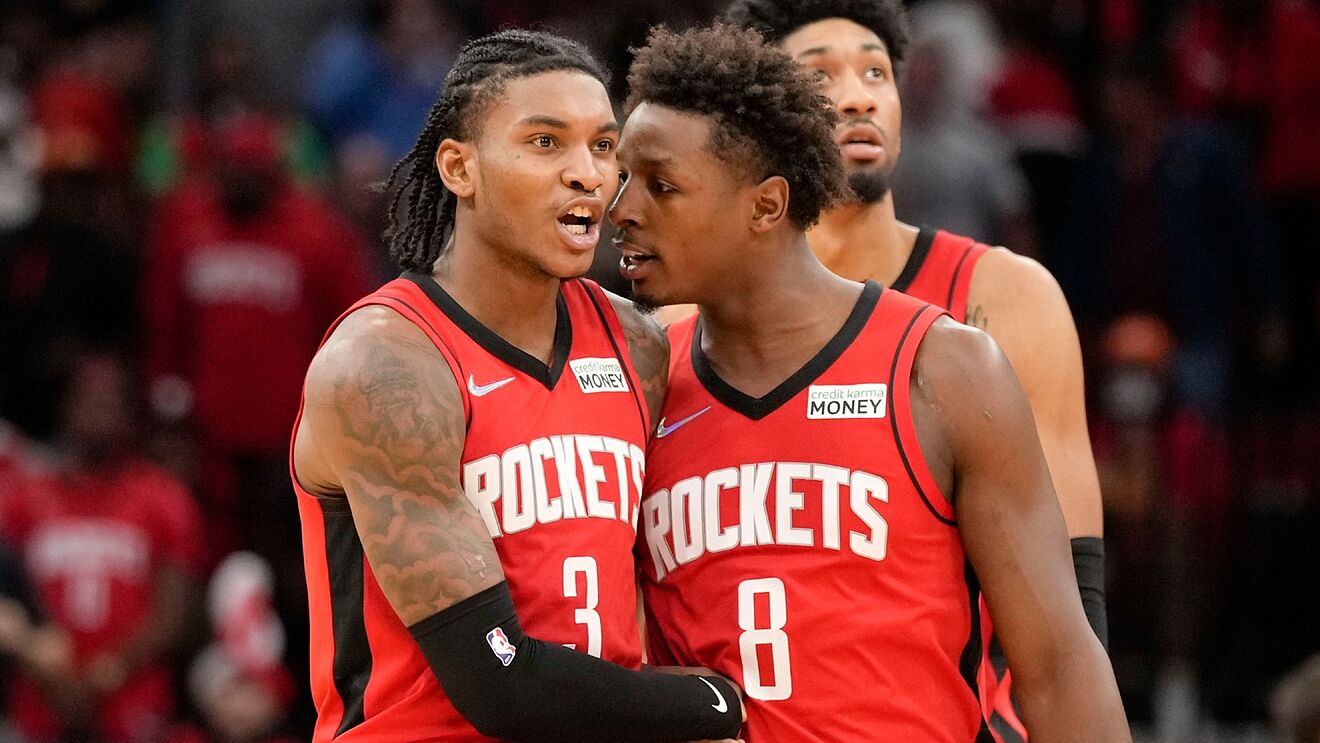 Earlier this week, the Rockets began their preseason, facing the San Antonio Spurs at home. Although technically this isn’t the regular season, Houston brought their A-game against their instate rival, beating them by 38 points en route to a 134-96 victory. Houston’s defense held the Spurs under 100 points, which is something to look forward to come regular season. The young guys shared the ball beautifully around the court, keeping San Antonio on their heels nearly every possession. This outlines a strong case for a better season than last year. But how much? Let’s find out.

Note that I didn’t mention the Rockets backcourt. Jalen Green and Kevin Porter Jr. didn’t contribute much on the offensive side, as they scored a combined 6-21 from the field. Now if this was last season, Houston would have a pretty high chance of losing. Prior to this season, their offensive options were limited. But that’s what’s different now. The two young studs no longer need to perform well every single game in order to give Houston a chance to win.

Notable performances came from their rookies, such as Tari Eason and 3rd overall pick Jabari Smith Jr. Both of them scored 21 points with at least 50% efficiency. Jabari created his own shot efficiently, hitting 5-8 from downtown. His pull up threes in transition draw many comparisons of a young Kevin Durant. Eason scored most of his points from cutting in the paint to driving the basket with authority.  The 17th overall pick has been revered as the steal of the draft. So far, he’s exceeding expectations.

Lets be clear: The Rockets were in full acknowledgment of rebuilding last season, but they weren’t quite ready to find key pieces that fit their young core. Christian Wood was mainly the issue. He signed a multi year contract back in 2020 as their starting center, intending to make a playoff run alongside James Harden and Russell Westbrook. After their departure, the Rockets went into a full rebuild. Multiple double-digit losing streaks and getting blown out every other game wasn’t what Wood had considered prior to joining. On the bright side, His overall production increased, statistically performing the best in his career. At this point, Wood desperately wanted a trade to a title contender. Eventually, he got his wish, and so did the Rockets. After the many shortcomings during the Harden era, their goal was to get younger. And they did.

From the first preseason game, it appears Houston had answered some of the key issues last season on the defensive end. Additionally, on offense, their possessions were impactful, as they prioritized team basketball. Handoffs, cuts to the basket, pick and pops, fast breaks—virtually everybody was getting touches. Last season, the offense was ran through KPJ and Green as they essentially took turns with the basketball. This eventually lead to more predictable possessions, as role players became a non-factor. As soon as Coach Stephen Silas involved more of their young guys down the stretch, their offense became more dynamic. With Center Alperen Sengun now starting, there are endless opportunities to catch opposing teams off guard.

Earlier today, reports came out citing that Jabari is out with an ankle sprain for the second preseason game against the Toronto Raptors. While this is nothing serious as it’s a reported precautionary measure, it’ll be interesting to see how the Rockets perform without him on the floor. Aside from his stellar PER of 26.7, His offensive and defensive rating against the Spurs were both 130 and 90.4, citing his two-way versatility on the floor.  Will Houston’s defense negatively affect without Jabari? We’ll have to find out. But we like what we’ve seen thus far.