Rondale Moore is the Key to Unlock the Arizona Offense 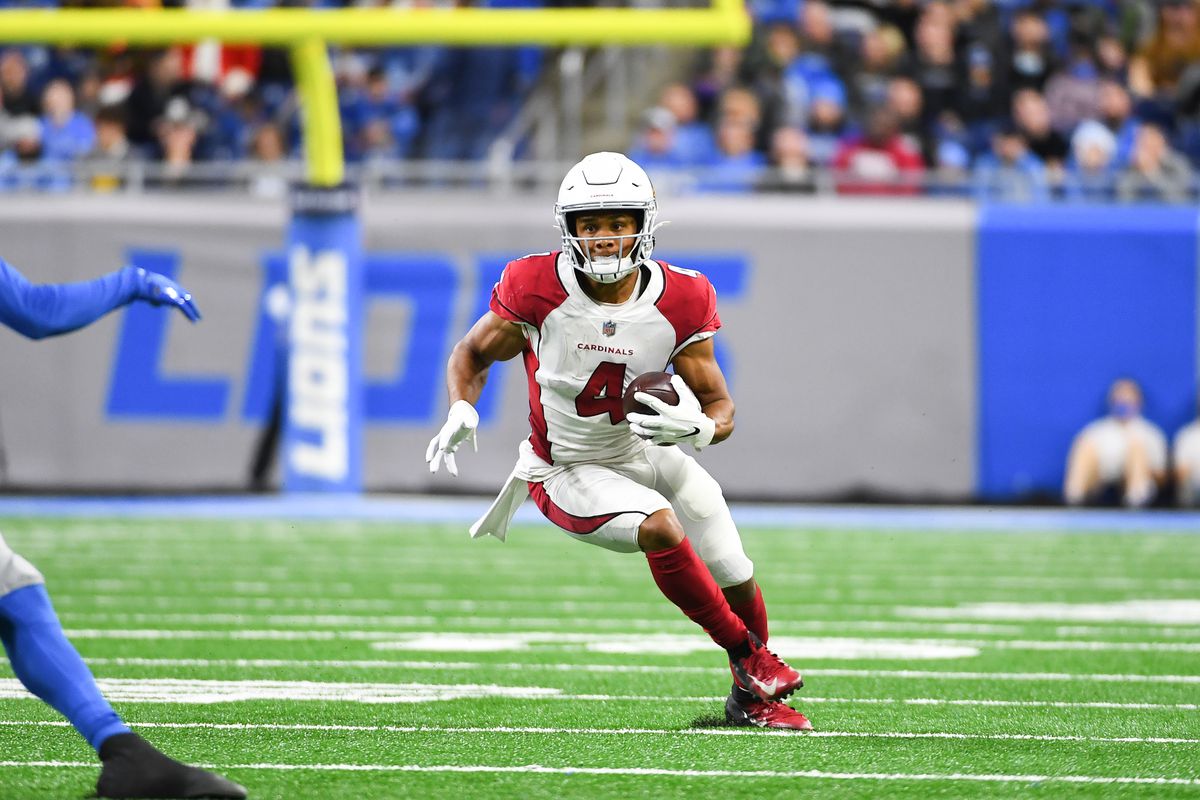 The Arizona Cardinals drafted Rondale Moore in the second round of the 2021 NFL draft. Moore has struggled to get going this season, first dealing with injuries and only totalling 11 yards on three catches in Arizona’s most recent win over Carolina. Moore hasn’t been the guy Arizona was hoping for through a year in four games, but it’s not fair to blame it all on Moore after four games. Arizona has struggled to utilize its new trade acquisition Marquise Brown and Rondale Moore has been no different to start the season. Arizona needs to find some different ways to include Rondale in the offense and get his confidence going.

How to utilize Rondale Moore

One of the best ways Arizona can utilize Rondale Moore’s speed is to get him the ball in open space. Deebo Samuel of the 49ers has a very similar skill set to the Cardinals second round receiver. Samuel lines up almost everywhere for the 49ers, making him virtually impossible to game plan for. They emphasize quick passes and getting him the ball in open space or with blockers in front as often as possible. This allows Deebo to make crazy athletic plays like he did this past Monday against the Rams.

If the Cardinals started utilizing Moore as a running back/receiver Moore would be able to use his big play ability more often. Rondale stands at just 5’7’’ which is short by NFL standards, so he’s not going to be going over the top every play. If Arizona can get Moore the ball more frequently like the 49ers do Samuel, they’ll start to see some of his explosive plays.

Why it will work

Moore’s ability to accelerate with the football was on display in Purdue when utilized in a way that got him the ball in open space, whether via a wide receiver screen or even a short crossing route. He can reach his top speed fast so he needs the ball in his hands quick. One of Rondale Moore’s other key abilities is his vision with the football. Getting him the ball with a few blockers in front would allow him to utilize one of his biggest strengths on the football field. The combination of Rondale’s speed and acceleration mixed with his ball carrier vision could be a sight to see. Arizona has lacked big plays through the first quarter of 2022 and the Purdue product could be the key to fixing that. While they need to be better over the top, Arizona has to get Rondale Moore open in short yardage situations. When you have a player with the potential to turn nothing into something almost every play, you have to get him the football.

How it effects the rest of the team

It’s also important to note how Rondale Moore’s success can help other receivers such as Marquise Brown and DeAndre Hopkins. Brown has been up and down to start the year, but if Moore steps up he’ll most certainly be open to more often. Once teams realize the threat Moore could be whether in the backfield or the slot they are going to put more guys on him. That helps free up Marquise Brown a bit and it even helps DeAndre Hopkins upon his return. Ideally, once Hopkins suspension is over this team could have Hopkins and Brown on the outsides, with Moore in the slot. This could be a deadly trio if they compliment each other the way Arizona hopes. This would put Greg Dortch just behind Moore on the depth chart, but the margin certainly isn’t big. If Arizona can’t figure out how to use Moore or he underperforms, expect Dortch to take the snaps originally reserved for Moore.

The Arizona offense needs more explosive plays and I believe Rondale is the best way to get that. While it may be seen as a fault, Moore needs the coaching staff to help him out. They have to find ways to get him in space to ultimately open up the field for everyone else. That being said, it’s also on Rondale to perform as well. The leash probably won’t be long for the second year receiver as Arizona cut Andy Isabella this past week and Greg Dortch has been on fire to start the year. If Moore can find a way to get going he could easily be one of the most dynamic players in the league. Arizona faces the undefeated Eagles this weekend so be sure to look out for Rondale Moore.

Week Five Philadelphia Eagles at Arizona Cardinals: What to Watch For
Elliott wins Talladega thriller; What to expect from Charlotte