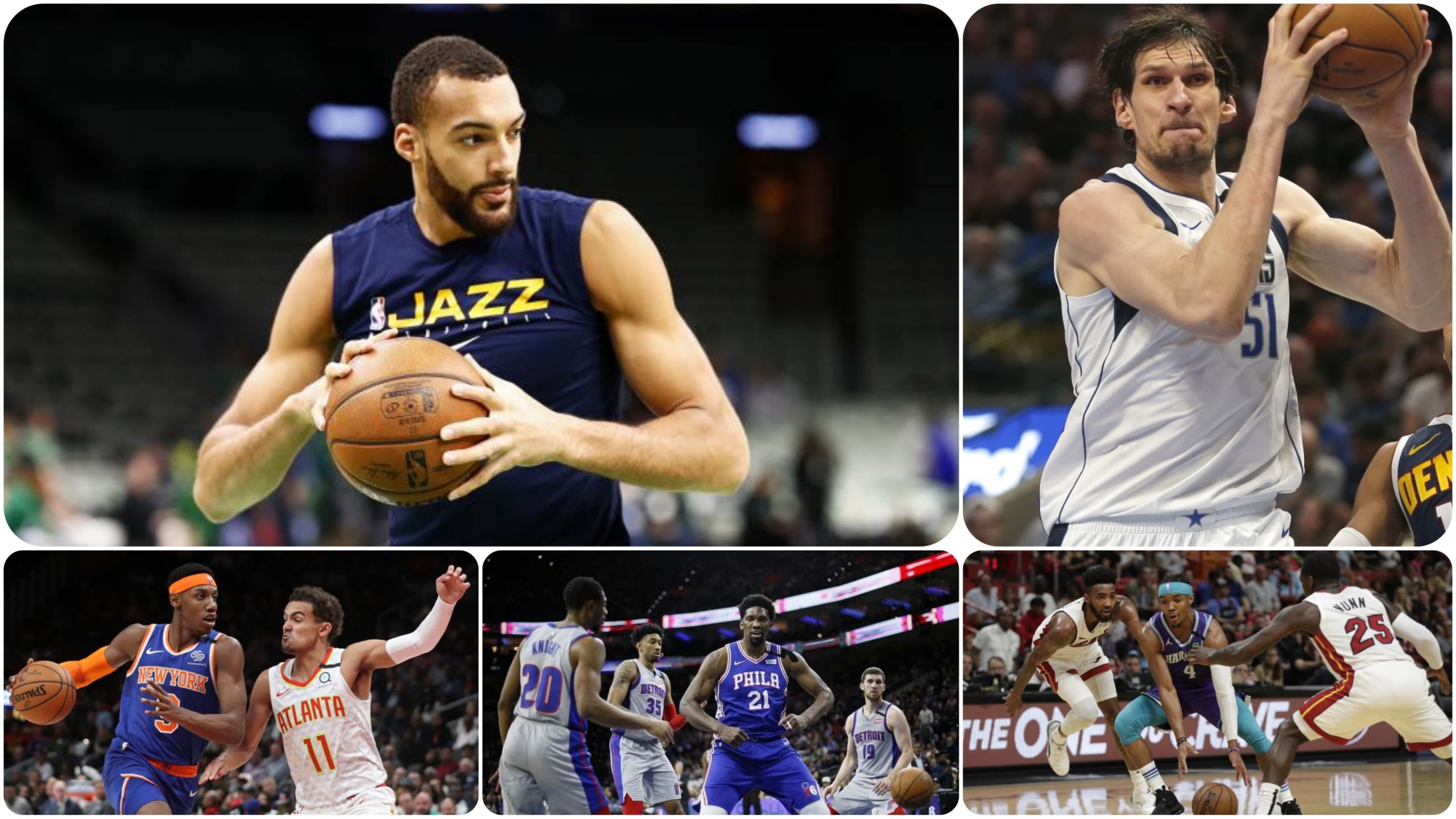 Prayers for Rudy Gobert as the NBA suspends the 2019-20 season, and a solid night from Boban Marjanovic, Joel Embiid, Devonte' Graham, and Julius Randle in what may be the last games played in awhile.

The telltale sign that the 2019-20 NBA basketball season was coming to a halt wasn’t the ongoing negotiations, the speculations of Adrian Wojnarowski, or the mandate from the City of San Francisco that the Brooklyn Nets and Golden State Warriors play their next scheduled game in front of no fans at the Chase Center.

If you paid attention at all, you knew it was the beginning of the end when the Oklahoma City Thunder’s medical staff ran onto the court pre-game and spoke directly to NBA officials. When coaches were then summoned privately. When the game was the first one called off, while four others were in progress.

Personally, I knew it was over when Thunder PA announcer Mario Nanni announced the postponement of the game versus the visiting Utah Jazz. His cautionary yet optimistic tone, telling angry and frustrated ticket holders “You are safe, you are safe” left a lot of blanks to fill in between the lines.

Reassuring a packed house at Chesapeake Energy Arena that they were ‘safe’ raised a lot of eyebrows, if you’re informed enough and intelligent enough to fill in the blanks, to read (or hear) between the lines.

If you saw or heard reports of a prominent Jazz players touching every mic on the table after announcing he and another player were missing the game with an illness, you saw between the lines.

In the end, Rudy Gobert tested positive for COVID-19, essentially shutting the game between the Jazz and Thunder down, and sending shockwaves throughout the NBA community amid fears of the CoronaVirus.

New Orleans and Sacramento then postponed their game in Sacramento, and the decision was made to scuttle the rest of the schedule until more was known, and decisions could be made.

Commissioner Adam Silver had already been wrestling between playing without fans, relocating games to other venues, and suspending the season to be possibly played at later dates.

After the disclosure of Gobert’s illness, the decision was more clear cut and Silver responded.

Earlier in the day, the NCAA announced that their tournament would be played in empty arenas, making it very real that professional leagues would follow suit.

There will always be dissension and debate about what to do, what should have been done. Reports out of New York had James Dolan wanting to play on, see what evolved. Of course, that’s because suspension or cancellation of a season hits him in the pocketbook.

Others were of the sentiment, send sick players home, just like the office does, restaurant does, or a call center should.

Let them get better.

Spray the mics with Lysol,

Over 100 people die in auto accidents every day – are we going to ban driving, too?

I’m not expecting anyone to feel sorry for people who are paid millions to play a sport we all love and play recreationally, but this affects basketball related income (BRI), too, so it affects the players, whether they ever get exposed to COVID-19 or not.

Oklahoma City’s arena is about to become the Purell Center as I’m sure it will be locked down and sanitized for more than just your protection. Not to discriminate against Gobert or teammate Emmanuel Mudiay (who was also ill), but wherever they’ve been will have to be scrutinized as well.

It affects ushers and locker room attendants at Chesapeake Energy Arena. Anyone that affected persons and/or players may have come in contact with while they might have harbored this illness before actually being diagnosed.

A season suspension also affects employees of each and every arena, The ‘Peake and Sacramento’s Golden 1 Center are just the beginning. Concessionaires work there, ticket takers, apparel vendors, outside entities peddling their wares. And, obviously, ticket holders.

Mark Cuban is taking a proactive approach and setting up a program for his hourly workers, who now face curbed wages at best and possible unemployment during the suspension of the season. Certainly, other NBA owners will follow suit.

Media had already been cut out of the locker rooms in an attempt to avoid any symptoms of the virus, carriers, or outright spread of covid-19.

Games that did take place and/or that were in progress as of the Utah-Oklahoma City cancellation, the announcement about Gobert, and Silver’s suspension of the season were operating with fans in attendance, but with “Essential Personnel Only’ in the locker rooms and tunnels.

In Oklahoma City, any and all of those type of people could have been exposed and affected by the events leading up to the medical staff running onto the court to essentially stop the game, and ultimately, the season.

Lost in this is Gobert, who I hope and pray recovers expediently from this. Because now it is not only something we see on the news, it’s hitting home.

It affects his family and friends, people who’ve been in contact with him.

Knowledge of this virus isn’t the fear. It’s following the trail backward. That’s where the fear is instilled.

Panic and anxiety are fueled by lack of knowledge, so inform yourself.

We were all reminded not too long ago how this is just a game, with the sudden passing of the legendary Kobe Bryant. As much as we are ravenous fans, in the end, it’s business in the sports and entertainment industry.

It’s been a long running, successful part of it for many, many years.

It’s not over. It’ll be back. Call this suspension of the season ‘halftime.’

In the meantime, pray for your favorite players. Pray for the players involved thus far. Pray for the families affected by the financial impact that a suspension causes.

Wash your hands. Cover your mouth. Go back to the old days of a pocket triangled handkerchief to sneeze into (coughing or sneezing into your crooked elbow – or ‘dabbing’ –  is so Cam Newton).

And understand it is truly is all about money …

… the dirtiest thing we touch (tied with our cell phones) every day.

Except, we don’t know who’s touched our money.