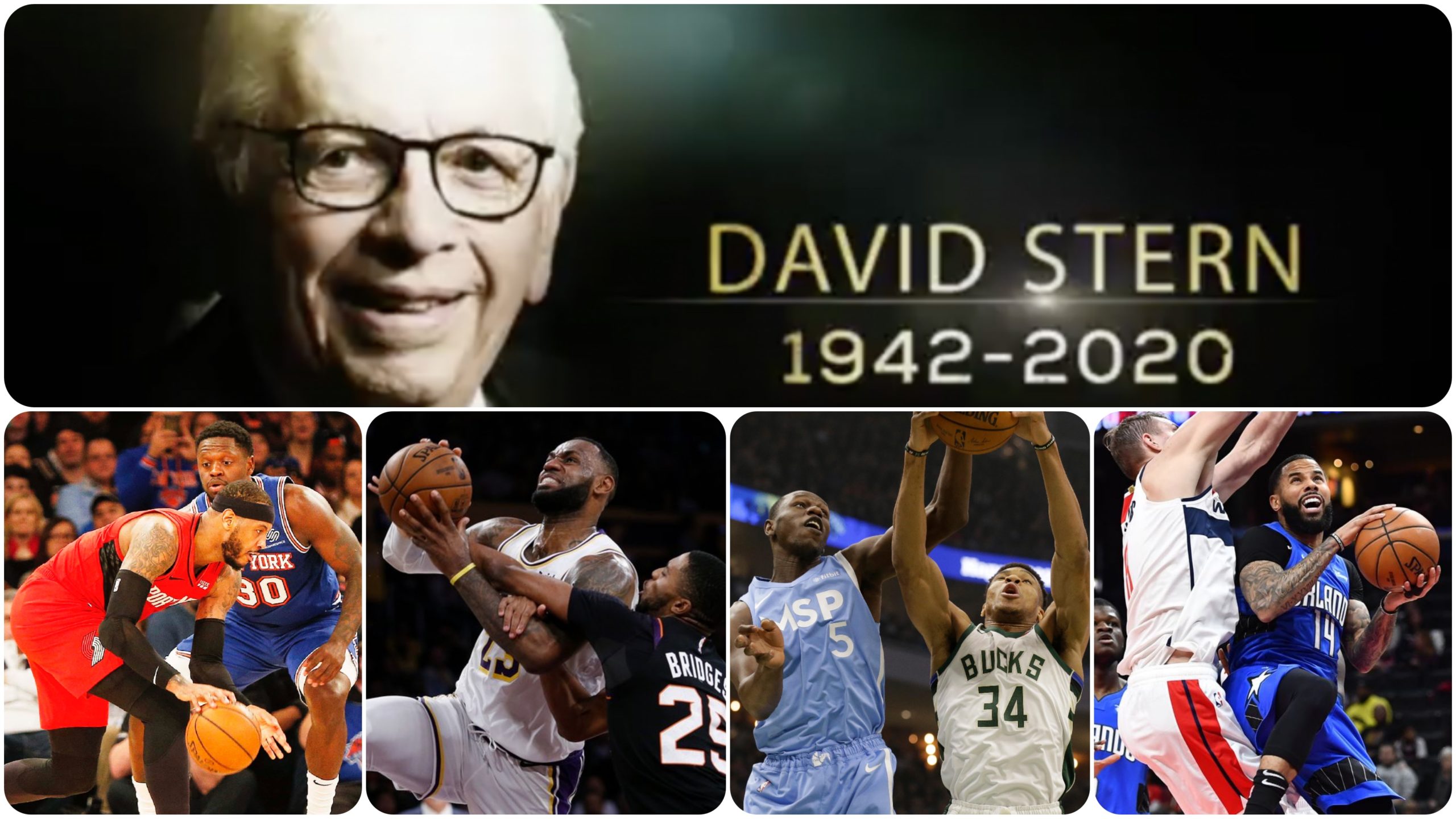 The world lost an icon yesterday in David Stern, Carmelo Anthony lost in NY, LeBron James hit his eighth triple double, D.J. Augustin led the Magic to a win, and the Bucks almost got nipped by the Wolves.

The world lost one of its best pioneering spirits yesterday with the passing of former NBA Commissioner David Stern.

Stern had been in the hospital since mid-December (Dec. 17) for a brain hemorrhage from which he never fully recovered, and was surrounded by family when he passed.

The NBA as I have known it for the majority of my formative years was not only made better under Stern, but brought to the forefront and then prominence. It no longer languished behind the National Football League in popularity, growth or marketing.

Basketball without Borders came into fruition, not only as a program in Africa, but literally when the NBA began playing games in Mexico, Europe and Asia during his 30 year tenure.

Stern’s example helped develop current Commissioner Adam Silver, who is taking the Association to new, even higher heights, carrying forth the risk-taking mentality and business acumen he learned from Commissioner Stern.

“For 22 years, I had a courtside seat to watch David in action. He was a mentor and one of my dearest friends. We spent countless hours in the office, at arenas, and on planes wherever the game would take us. Like every NBA legend, David had extraordinary talents, but with him it was always about the fundamentals – preparation, attention to detail, and hard work.” — NBA Commissioner Adam Silver

You would think that the Portland Trailblazers would rebound in the win-loss column with a game versus the New York Knicks. But interim head coach Mike Miller has the Knicks believing in themselves as something other than door mats. Carmelo Anthony made his return to Madison Square Garden as a Blazer and led Portland, but not to a victory, as the Knicks used their forwards to pound the Blazers with a 24 point loss.

NEXT GAMES
Blazers at Wizards – Friday
Knicks at Suns – Friday

The Orlando Magic used a 60-43 second half performance to make the Washington Wizards disappear last night in the nation’s capital. Bradley Beal came back after being out of the lineup for two games and scored 27 for the Wizards, but the trio of D.J. Augustin, Nikola Vucevic, and Evan Fournier were just too much for Washington, who got next to nothing from Isaiah Thomas and Ian Mahinmi, who had performed well in Beal’s absence.

NEXT GAMES
Heat at Magic – Friday
Blazers at Wizards – Friday

The Minnesota Timberwolves played what was probably their best and most complete game from start to finish last night in Milwaukee, but it wasn’t enough to best the league best Milwaukee Bucks. Milwaukee shot 34 percent in the first half to give the Timberwolves glimpses of hope and took a 52-51 lead into the locker room at the half, but outscored Minnesota 54-53 in the second half as well. The T’Wolves shot a meager 37 percent for the game, leading to their demise without Karl-Anthony Towns, Andrew Wiggins and Jeff Teague.

NEXT GAMES
Warriors at Timberwolves – Tonight
Spurs at Bucks – Saturday

A 43-17, 70-percent-from-the-field first quarter burst out of the gate was all the separation the Los Angeles Lakers needed to create last night to distance themselves for an easy win versus the Phoenix Suns. The Suns got within seven, despite L.A.’s big lead, but the Lakers would let them get no closer as LeBron James kicked it into high gear with his eighth triple double performance of the season. It was the Lakers’ third win in a row after their four game skid, while Phoenix was enjoying a two game win streak before last night snapped it.

NEXT GAMES
Knicks at Suns – Friday
Pelicans at Lakers – Friday