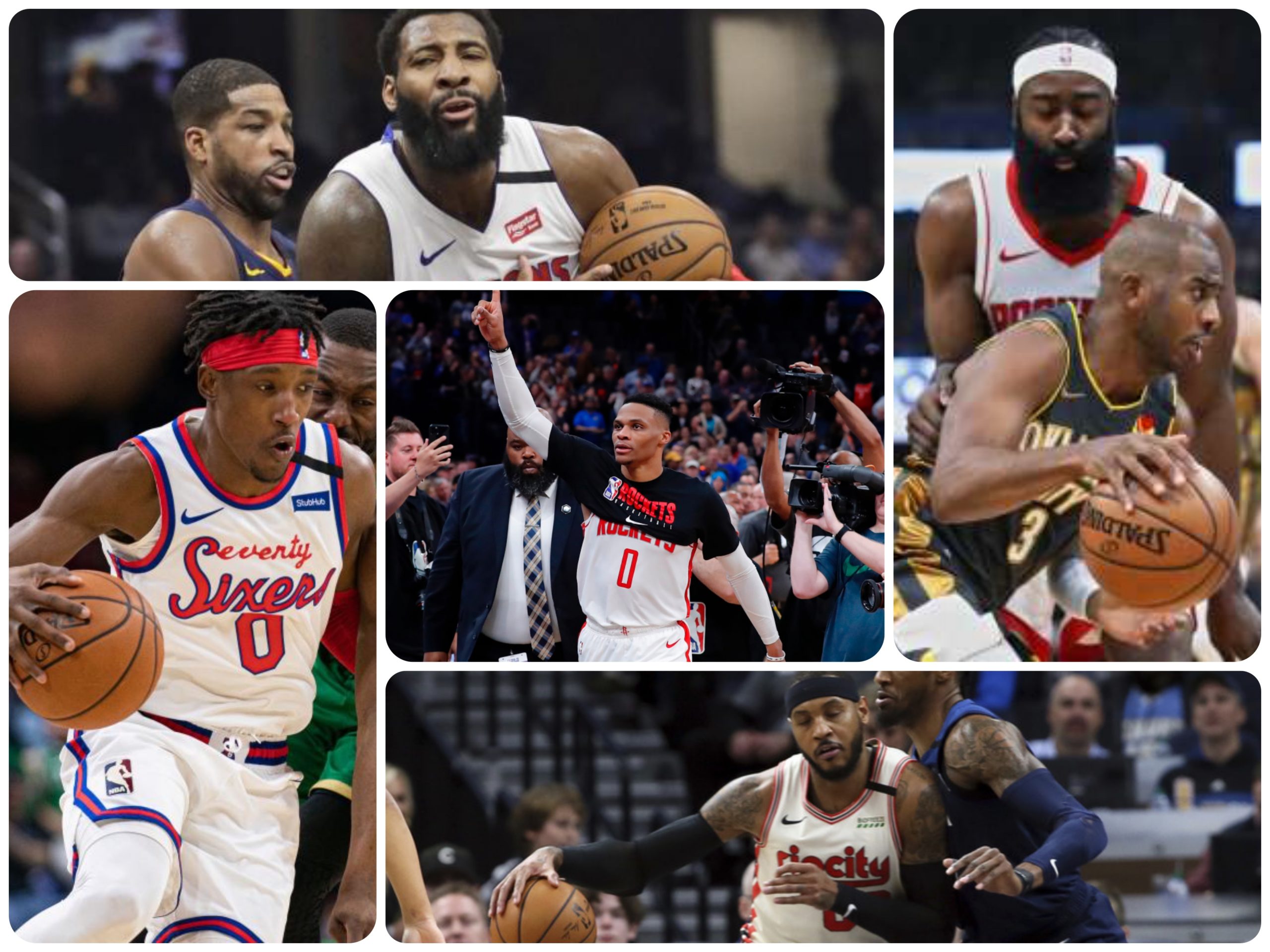 The Oklahoma City Thunder gave Russell Westbrook a nice tribute - then blasted him and the Rockets, #VFL Josh Richardson sent Boston to its third loss, the Wolves nipped the Blazers, and trade targets Andre Drummond and Tristan Thompson battled in Detroit. #NoThugs

So Kyrie Irving is coming back as soon as next week, especially if he has his way, according to his camp.

But are we all susceptible to the same type of shoulder injury if we all give a collective shrug of our shoulders to this news? I mean, the man has fallen out of favor – much less the rotation – not over a shoulder injury that he didn’t have surgery on (wait, it’s coming about 6-10 games after his return, mark my word), but the lack of locker room, chemistry, and leadership.

You see Stephen Curry and Klay Thompson on the sidelines, with their team, which is a Western Conference worst nine wins, 30 losses. But they’re there, like rabid cheerleaders.

What do you get from Kyrie? And is it infecting Kevin Durant’s enthusiasm? Will we ever see them playing together?

Head coach Kenny Atkinson seems more excited about Durant’s progress than whether or when Irving will return.

That silence speaks volumes for those that are paying attention.

Who are you most excited to see return to the hardwood?

Their head coach may have apologized for calling them ‘thugs,’ but you can bet the Detroit Pistons are calling them ‘thugs’ after getting beat up by the Cleveland Cavaliers last night. Playing to a 102-102 tie wasn’t enough for the Cavaliers last night in John Beilein’s return to Michigan as an NBA head coach – they wanted more. So with the game reset, the Cavaliers beat the host Detroit Pistons 13-10 in the overtime period to net their 11th win halfway through the 2019-20 season. If anyone’s looking at Tristan Thompson for acquisition through trade, last night’s game was a great audition to put on the resume (if you’re listening, Orlando). Andre Drummond, also the subject of trade rumors, was outstanding as usual, but languishing in a losing system in Detroit.

NEXT GAMES
Cavaliers at Nuggets – Saturday
Bulls at Pistons – Saturday

The Boston Celtics have lost three games in a row, causing them to fall behind the Miami Heat to third place in the Eastern Conference standings. Worse yet, they have lost all three contests with the Philadelphia 76ers, including last night minus Joel Embiid, who was in New York set for surgery on his finger. It may seem insignificant, but will count heavily if these two teams stay as close as they are in the second half of the season. It could impact playoff positioning in the East. Boston is only a game and a half ahead of Philadelphia as it sits today.

NEXT GAMES
Pelicans at Celtics – Saturday
Sixers at Mavericks – Saturday

The Portland Trailblazers have struggled to get to the .500 mark all season long. Nearly halfway through the 2019-20 season, they are still seven games back of that goal. Just when it is in sight, they slip backward. Like last night when they shot 36 percent on the road, Carmelo Anthony shot 30 percent for eight points, and the Blazers fell asleep in the middle periods (second, third), getting outscored 72-40 by the host Minnesota Timberwolves to give Minny the sway in the game’s momentum. Even more concerning, the Wolves are nipping at the Blazers’ heels in the standings, only .05 percentage points behind. Blazers better get it together – time to pull the trigger on the Kevin Love trade.

NEXT GAMES
Bucks at Blazers – Saturday
Timberwolves at Rockets – Saturday

Only 3.5 games separate the Houston Rockets and the Oklahoma City Thunder after last night’s rousing win versus Russell Westbrook and the Rockets. On the standings, it looks like an unfathomable chasm, but so did the entire 2019-20 campaign in the Thunder’s eyes when the season tipped off back in October. Oklahoma City welcomed Westbrook with a moving tribute, then played like they used to play when Westbrook was here, with a trio former Los Angeles Clippers doing the bidding, taking the Rockets down 37-21 to start the emotional game and sealing the deal with a 29-19 third quarter. The Thunder’s gray and gold City Edition uniforms worn last night were designed in partnership with the Oklahoma City National Memorial & Museum to commemorate the upcoming 25th anniversary of the April 19, 1995, bombing of the Alfred P. Murrah Federal Building in downtown Oklahoma City. Jerseys aside, last night was a night that former Thunder buddies Westbrook and James Harden won’t soon forget, either.

NEXT GAMES
Timberwolves at Rockets – Saturday
Lakers at Thunder – Saturday