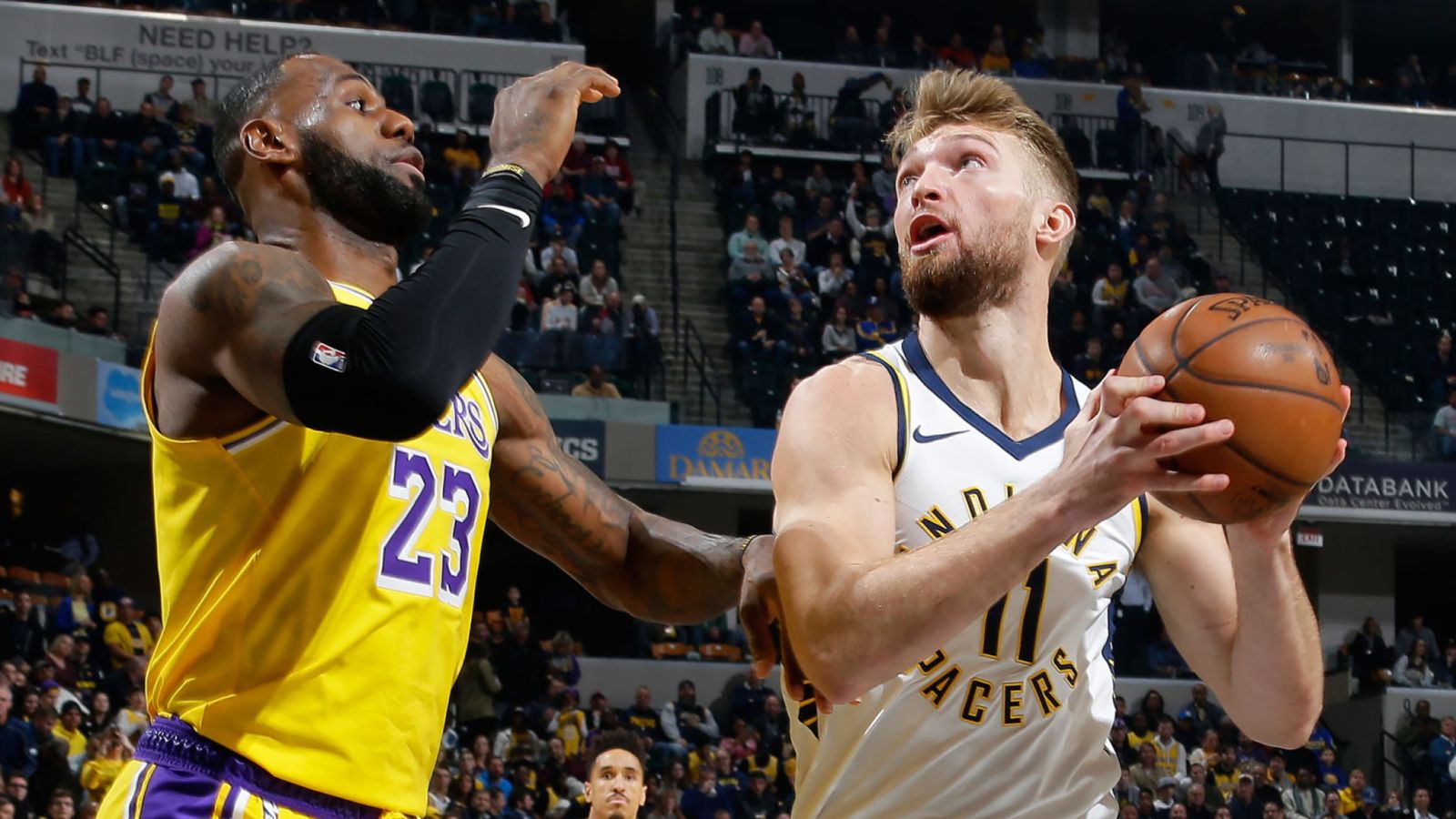 The Indiana Pacers took advantage of Anthony Davis being out of the lineup and sent the Lakers to their fourth loss of the season last night.

From ‘the focal point’ to the trading block

You know when a general manager, or a president of basketball operations, changes their mind from you being a ‘focal point of the organization’ to shuttling the season and getting some return on investment for your value, you might no longer be the focal point of that organization.

All one has to do is remember how Isaiah Thomas was treated just a couple months after losing his sister and then Boston losing in the playoffs to find he had gone from focal point of the organization to a middle of the night phone call from Danny Ainge to trying to fit into a Cleveland Cavaliers roster that wanted no part of him.

Such is the case with players like Kevin Love, Jrue Holiday, Steven Adams, and what we initially believed to be the situation for D’Angelo Russell, now that December 15th has come and gone.

One or both of the L.A. teams could make a move.

Don’t expect any of the big names to be moved, other than the four I originally mentioned, and Russell has gone to iffy at best with Golden State’s situation.

But if I’m the Lakers, I take a runner at Holiday; may have to give up Kyle Kuzma and more/cash/picks. The Davis/Holiday reunion may be the key to a Laker championship or close but no cigar(s).

Another key pick up for either L.A. team could be Wesley Matthews, who’s languishing in Milwaukee.

There won’t be a boon like last summer’s free agency circus … but December 15th to the trade deadline is my second favorite time of year in the NBA behind summer.

Last night’s game between the Los Angeles Lakers and the Indiana Pacers was nothing more than the classic tale of the Tortoise and the Hare … except the hare’s team was without it’s biggest bunny, Anthony Davis. Indiana went down in the first quarter, but chipped away in the other three and slowly and steadily won the race. The combination they speculated wouldn’t work in Indy – Myles Turner and Domantas Sabonis – took full advantage of Davis not patrolling the paint or stretching them with his outside shooting, and downed the Lakers for their fourth loss of the season, putting them on a possible losing streak as they head to Milwaukee to take on the Eastern Conference leading Bucks.

NEXT UP
Lakers at Bucks – Thursday
Kings at Pacers – Friday

A couple of young ‘Cats squared off last night and it was Malik Monk getting the best of De’Aaron Fox, who returned to the Kings’ lineup after missing 17 games with an ankle injury. Sacramento got double digit scoring from seven players last night in Charlotte, but the Hornets took care of business in the first and fourth quarters to keep the Kings from disturbing the hive.

NEXT UP
Hornets at Cavaliers – Tonight
Kings at Pacers – Friday

It was an old fashioned mugging in New York City last night as the Knicks posted a 77 point first half and robbed the Atlanta Hawks of their seventh win, kept it for themselves, and leaving the Hawks – not the Knicks – as the Eastern Conference’s worst team when all was said and done. The perpetrators have been identified as one R.J. Barrett, who was outgunned by Atlanta’s Trae Young, but led his team to the win nonetheless. Also, suspects Marcus Morris, Mitchell Robinson, Julius Randle, Kevin Knox, and Bobby Portis should also be in the lineup. Once identified, let them go, encourage them to continue on … because this was how Knicks basketball should be with Barrett and a glut of power forwards. It was Atlanta’s fifth consecutive loss.

NEXT UP
Jazz at Hawks – Thursday
Knicks at Heat – Friday

Brooklyn wanted to prove that the New York Knicks weren’t the only team from New York that was going to post a win on Tuesday night. After a strong rally by the New Orleans Pelicans in the third quarter, but the game was neck and neck down the stretch as Jrue Holiday and Spencer Dinwiddie both missed three pointers as the clock wound down to a 93-93 stalemate. Joe Harris led the Nets in the extra period and the Pelicans – who haven’t won in a month – lost their 22nd of the season.

NEXT UP
Pelicans at Timberwolves – Tonight
Nets at Spurs – Thursday

A combined 60 from Bojan Bogdanovic and Donovan Mitchell, and a strong performance from Joe Ingles kept the Orlando Magic out of reach of their 13th win of the season, as they struggle to regain consistency and their identity with Nikola Vucevic back in the lineup; Vucevic dropped a modest 12 and 11 last night in his second game back from an 11 game absence. Meanwhile, Utah stays steady at the six spot in the Western Conference with the win, its 16th, and can tack on No. 17 at Atlanta tomorrow night. The Jazz held off a Magic rally in the fourth quarter to seal the win.

NEXT UP
Magic at Nuggets – Tonight
Jazz at Hawks – Thursday

I don’t mean to keep harping on this load management thing, but last night’s game against the Phoenix Suns could count as load management for the entire Los Angeles Clippers lineup, since all Paul George, Kawhi Leonard and Lou Williams had to do was score 20+ apiece last night for the easy win at home. Deandre Ayton looked good in his return from a 25 game suspension, but the Clippers looked better, despite having come home from two weeks on the road, where they went 4-2.

NEXT UP
Rockets at Clippers – Thursday
Suns at Thunder – Friday