Rundown v12.19.19 – Minnesota’s Hyenas Need Something, Heat is for Real, Blazers Back on Track 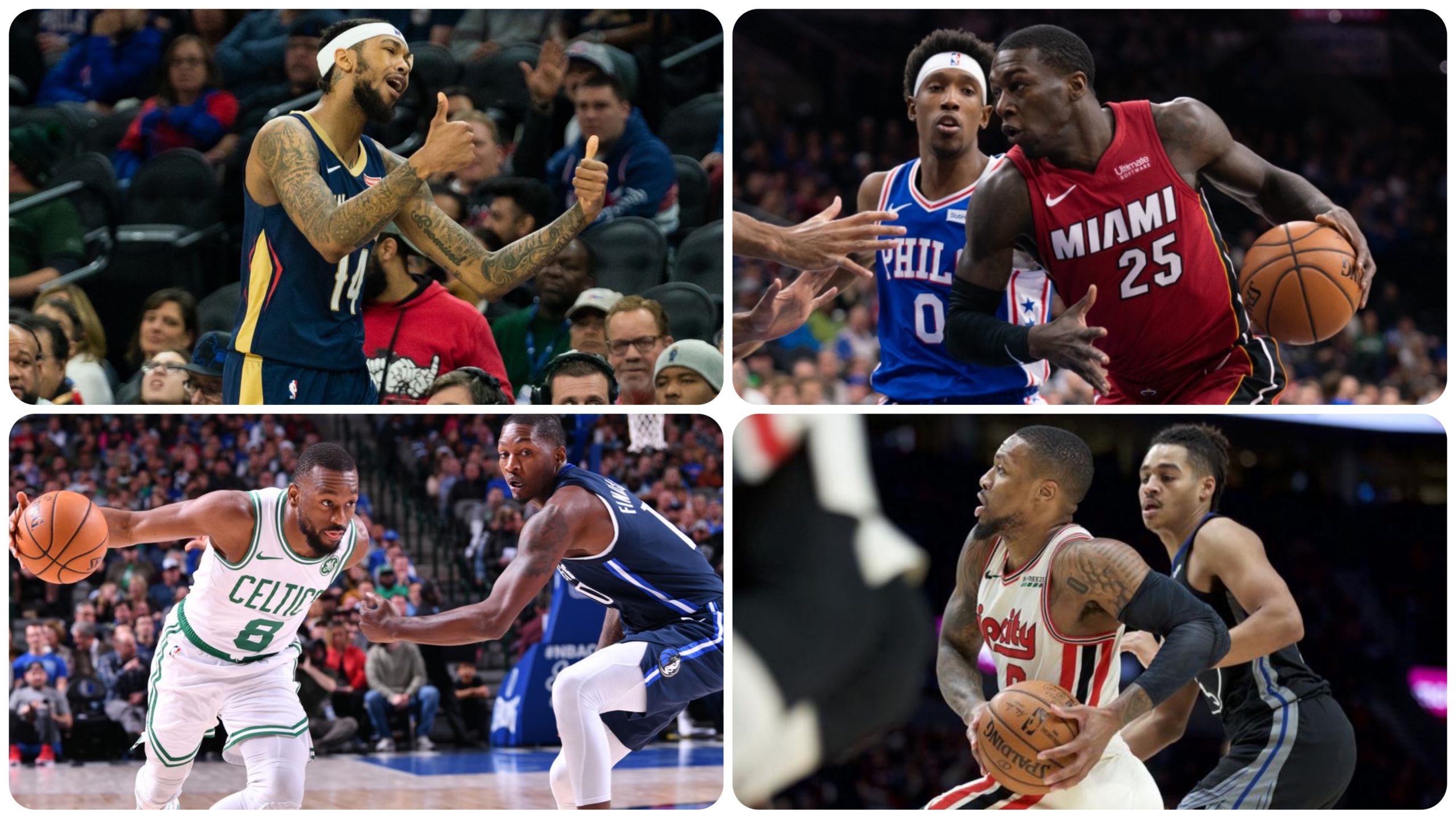 Brandon Ingram has a great night without Karl-Anthony Towns in the way, Kendrick Nunn and the Heat are for real, Kemba Walker blistered the Mavericks, and it was Dame Time in Portland last night.

Wolves or Hyenas? Either way, there’s laughing going on …

With their loss at home to the New Orleans Pelicans last night, the Minnesota Timberwolves have outed themselves as the average disappointments they have been season after season, despite ‘expert’ analysis that they’re ‘on the verge of something special.’

Karl-Anthony Towns is locked into a humongous contract and the Wolves’ future is said (and evident) to be predicated on, built around Towns. Granted, Andrew Wiggins is having his best season to date, but there’s not much to howl about with the remainder of the roster.

Jeff Teague is set to become an unrestricted free agent, so the Wolves are rumored to be turning their sights on Dennis Smith, Jr. of the New York Knicks. Personally, I’d go for more of a DeMar DeRozan type player than Smith, who has underwhelmed in his career, other than a few exciting games after first coming over to the Knicks from the Dallas Mavericks in the Kristaps Porzingis swap.

If the Timberwolves aren’t going to move Wiggins for DeRozan, or a trade along those lines, and they’re simply looking at insurance for Teague’s likely departure this year, then why not look at D’Angelo Russell versus Dennis Smith, Jr.?

Terry Rozier finally had his breakout game as a Charlotte Hornet last night. All was going well for Scary Terry, scoring a career high 35 points and as the waning seconds of the game ticked away, Rozier had a chance to be the hero and hit the game winning, wide open three pointer to steal a win on the road. He missed. And the Cleveland Cavaliers hung on for their seventh win of the season … just like John Beilein drew it up.

NEXT UP
Grizzlies at Cavaliers – Friday
Jazz at Hornets – Saturday

NEXT UP
Wizards at Raptors – Friday
Pistons at Celtics – Friday

Coming down from 18 points last night, the Chicago Bulls arguable played their best game of the forgetful 2019-20 season. Unfortunately it was against the Washington Wizards. Lauri Markkanen is beginning to reassert himself into the Bulls’ offensive and defensive schemes (aka earn his paycheck) and the results speak for themselves. It’s nice to see Zach LaVine get a little help.

NEXT UP
Wizards at Raptors – Friday
Bulls at Pistons – Saturday

If anyone had any doubts as to whether or not the Miami Heat were for real, then last night’s game in Philadelphia should have cleared up any misperceptions. Not only did they beat the Sixers in their own home, but it was the young kids that did it, not Jimmy Butler exacting any sort of revenge on his former team (though he did have 14 points, five rebounds, seven assists, and two steals). The energy of Kendrick Nunn and Bam Adebayo fueled the Heat’s 37-19 second quarter, which created all the distance Miami needed to move ahead of Philadelphia in the Eastern Conference.

NEXT UP
Knicks at Heat – Friday
Mavericks at Sixers – Friday

The 13 game losing streak is over. Without Karl-Anthony Towns in the paint, Brandon Ingram went ham and led the New Orleans Pelicans to the eight point win in Minneapolis last night, with the possibility of starting a new streak the other way as they visit Golden State on Friday night.

NEXT UP
Pelicans at Warriors – Friday
Timberwolves at Nuggets – Friday

Can I start pronouncing it Dennis “Shredder” instead of Dennis Schröder? The young gun from Braunschweig, Germany is having arguably his best season – or at least best improvement – of his young career with the Oklahoma City Thunder, learning from one of the best in Chris Paul and exhibiting what he’s learned night after night as the Thunder downed the Grizzlies last night with a 24 point comeback. They are in seventh place in the West and a game under .500 – no one expected this from the Thunder, except the players themselves.

NEXT UP
Grizzlies at Cavaliers – Friday
Suns at Thunder – Friday

If you thought Oklahoma City’s 24 point comeback over the Memphis Grizzlies was nice, then you didn’t see Denver’s 24-0 hit and run in the third quarter last night at the Pepsi Center in Denver. The Nuggets went on the run in a pivotal 39-16 third quarter that started with the Nuggets down 60-45 after the first half. Paul Millsap had 14 points in the third quarter and Jamal Murray had 13 during the run to seal the win for Denver.

NEXT UP
Magic at Blazers – Friday
Timberwolves at Nuggets – Friday

Still without Luka Doncic, Kristaps Porzingis did all he could to push the Dallas Mavericks to a win. But a 26-18 third quarter in the Boston Celtics’ favor proved to be too much for the Mavericks in front of their home crowd and the boys from Beantown stole a win, their 18th of the season, in a game that was really uglier than the final score infers. Boston was without Gordon Hayward and Marcus Smart, as well.

NEXT UP
Pistons at Celtics – Friday
Mavericks at Sixers – Friday

Last night’s game in Portland wasn’t played on standard time – it was played on Dame Time, and as such, the Trailblazers got their 12th win of the season after starting the 2019-20 campaign with a woeful 4-8 record. They can smell the eighth seed in the Western Conference at this point. And if they continue to play with the continuity that Damian Lillard, C.J. McCollum, Carmelo Anthony and Hassan Whiteside (16 points, 23 rebounds) did last night, then things will right themselves for the Blazers and their fans.

NEXT UP
Pelicans at Warriors – Friday
Magic at Trailblazers – Friday