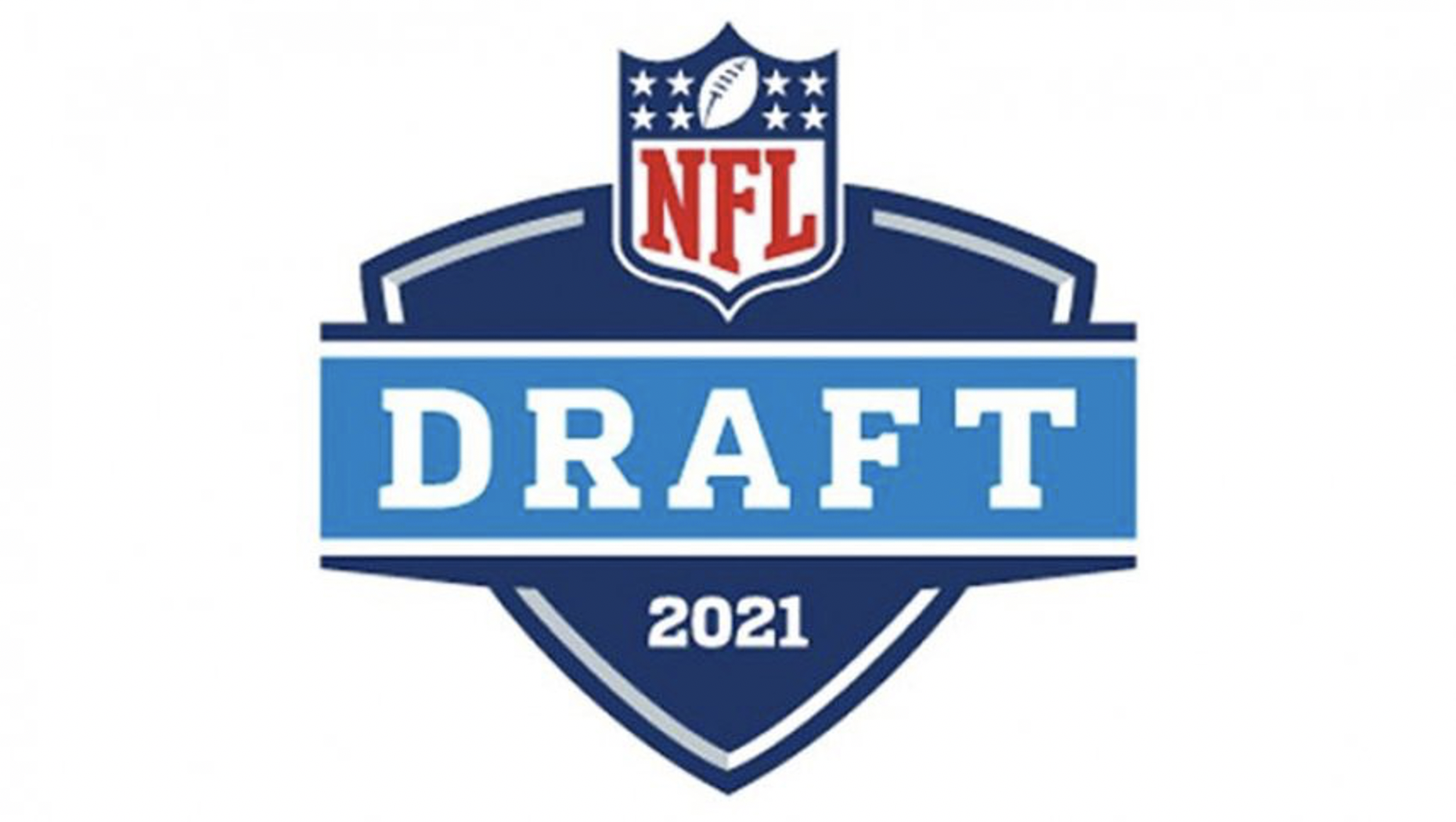 Free agency has come and passed for the most part. The calendar has turned to April, which can only mean it is NFL Draft month. A couple teams have already made moves to solidify their direction for 2021. Here’s where I think they’ll go on April 29th in Cleveland, Ohio.

This is a no brainer. Lawrence is the highest rated quarterback to come out of college since Andrew Luck in 2012. Urban Meyer didn’t come to the NFL for anyone else.

With the Jets trading Sam Darnold to the Panthers, they sealed what everyone had already assumed. They were going to select a QB at #2. They will take Wilson, who can make any throw an NFL QB will be asked to make.

The 49ers gave up a lot to secure the quarterback they will move forward with. Contrary to what the Twitter-verse wants to believe, it sounds like they want Jones. Jones really came out of nowhere to lead Alabama to one of their most dominant years in recent history.

I constantly go back and forth between Sewell and Ja’marr Chase to the Bengals at 5. Today, I went with Sewell. Tomorrow it may be Chase and change everything I will have done afterwards. Sewell has been slipping down boards recently, and I don’t know why. He can be an elite left tackle, and the move will allow Cincinnati to push Jonah Williams over to his more dominant right side.

The Dolphins made two trades in less than a half hour which essentially saw them pick up a 2023 1st round pick to move from #3 to #6. They’ll still possibly be able to get their pass catcher of choice, which they do here. Pairing up quarterback Tua Tagovailoa up with one of his Alabama wide receivers is on the table, but Chase is the best in the class.

This is another trade down spot that would make sense for a team looking to lock up the final 1st round quarterback. The Lions have a lot of holes to fill, and wide receiver is a deep position this year. But Waddle is a special player. In the four games he played in 2020, Waddle had 74 more yards than Devonta Smith, despite having 13 fewer receptions. He’s the better Crimson Tide wide receiver this year.

The Panthers shocked everyone by trading for the Jets’ Sam Darnold. That effectively took them out of the market for a quarterback from this class. Pitts is as high as #2 on many people’s Big Board. He’ll be utilized all over the field, wherever he can exploit a mismatch.

Lance is actually my QB3 in this class. I love his combination of decision making and athleticism. If he had put up the numbers he put up at NDSU in a Power Five, he’d be in the discussion at #2.

With the cap issues that the extension of Dak Prescott put Dallas in, they didn’t get to spend a lot in free agency. Surtain is as safe and sound a cornerback can be coming out of college.

Don’t let the lack of sack production fool you. Parsons is fully capable of getting after the quarterback. Penn State chose to play him inside, a spot not prone to put up big sack numbers. In New York, he can be utilized alongside Blake Martinez in base sets. He can also be used on the edge in sub-sets.

This is the best-case scenario for the Eagles. They traded back from #6 to #12 and still ended up with one of the top three wide receivers. Smith is the most pure route runner in this class. The one thing that is going against him is the size of his frame and will he be able to deal with the punishment of the NFL.

Slater has risen to the top of some offensive tackle rankings. The combination of need plus value makes this a no brainer for the Chargers.

The EDGE rankings will look differently no matter who you ask. I have Paye at the top of my list, but after a stellar season and impressive Pro Day, Phillips could be the first taken.

Horn could easily be a Top 10 pick based on his size/speed combo. His lack of productivity in terms of takeaways worries me a little bit. Belichick would love to put him on the opposite side of Stephon Gilmore.

Taking 2020 off, plus a recent back procedure has pushed Farley down the board a little bit. The former quarterback has a knack for making plays on the ball and sees the field differently than most cornerbacks.

With proper coaching, Darrisaw could become a star in the NFL. He’s as athletic as Left Tackles come. Hand placement and motor need improvement, but if he can work on that, the sky’s the limit.

I love Paye’s motor and ability to defend both the run and the pass. He won’t give you off the charts physical traits. What he will give you is production play-in and play-out.

Vera-Tucker may be the most versatile offensive lineman in the draft. He could be a good tackle, but he could be a great guard. His versatility will be greatly welcomed in Washington.

Should any of the top 5 quarterbacks start slipping into the double digits, don’t be surprised if the Bears jump up and grab one. Being at #20 will make it hard for them to jump any higher because it would cost too much. Here, they get a speedster to play opposite the big possession Allen Robinson.

Finding a replacement for the retired Left Tackle, Anthony Castonzo, should be the priority. However, the depth at that position in this draft may help them find one in the 2nd round. Owusu-Koramoa is the BPA and the Colts have a strong enough lineup to not have to draft for need.

The Titans lost a lot of speed in the secondary when they lost Adoree Jackson to the Giants. Newsome will be a great replacement. He has the long distance speed to keep up with some of the fastest in the league.

Once considered a Top 10 talent, Rousseau has been deemed a “one-year wonder”. Yes, he did have 15.5 sacks in 2019. But his motor and physicality have been in question. He looks very raw the way that Jason Pierre-Paul did coming out of South Florida. But JPP tends to be the exception, not the rule. There is no doubting his explosiveness.

Ojulari is quick, twitchy and explosive. His lack of size means he gets pushed around by the more physical tackles. But he’ll be able to burst past those who don’t have good ball get-off. Ojulari will be asked to fill in for the departed Bud Dupree.

It would not surprise me if Jenkins is off the board by the time this pick comes around, especially if Indy falls in love with him. But here, the Jags take their future left tackle to protect their new franchise quarterback. Jenkins is big, physical, and athletic, but lacks punch due to a shorter arm length.

There is no doubting Davis’ explosiveness and ability to make a play when it comes to him. He only has one year of production and he tends to not be able to change direction very well. But he has ideal size/speed/athleticism to be a day 1 starting Will Linebacker in the NFL.

Yes, the Ravens signed Sammy Watkins. No, I don’t think that matters. They need a big, possession receiver. Marshall’s ceiling is Allen Robinson. Just under 6’3” and 205 lbs, his sub 4.4 40 yard dash is eye raising.

Back Sports Page’s LeRon Massey wrote this week about the Saints need for a cornerback at #28. If they want either Farley or Horn, I think they’ll have to trade up, but Samuel is definitely in the running if they stay put. He has great bloodlines, being the son of a former Super Bowl champion. He’s athletic and has great ball skills.

The Packers were one of the worst run defending teams in 2020. Barmore is the best run defending interior defensive linemen in the Draft. Talk about a perfect fit. Aaron Rodgers will have to wait at least one more day to have the Packers draft a weapon for him.

The Bills have one of the most complete rosters in the league. That allows them to take a luxury pick here. Harris is a top 15 talent in this Draft. Being a running back is the only reason he’s still on the board. I’m not sold on either Devin Singletary or Zach Moss, so this is also filling a need in my eyes. Harris could be Derrick Henry Jr with better hands.

Eichenberg won’t wow you with any measurables you would find at the Combine or a Pro Day. What he will give you is a solid tackle for years to come. He’s reliable, dependable, and always available. And coming from “O-Line U” at Notre Dame, you know he was coached the right way.

Being strictly an interior lineman, specifically a center, and a history of injuries has kept Dickerson from being taken in the Top 25. I love his motor and his love for the game, two traits that show up every time you watch his film.

Who Will Get Drafted at #28?
Green And Gold Report: A’s Get Off To Rough Start In Opening Week Of 2021 Season