Sam Darnold Or Bust For The New York Jets 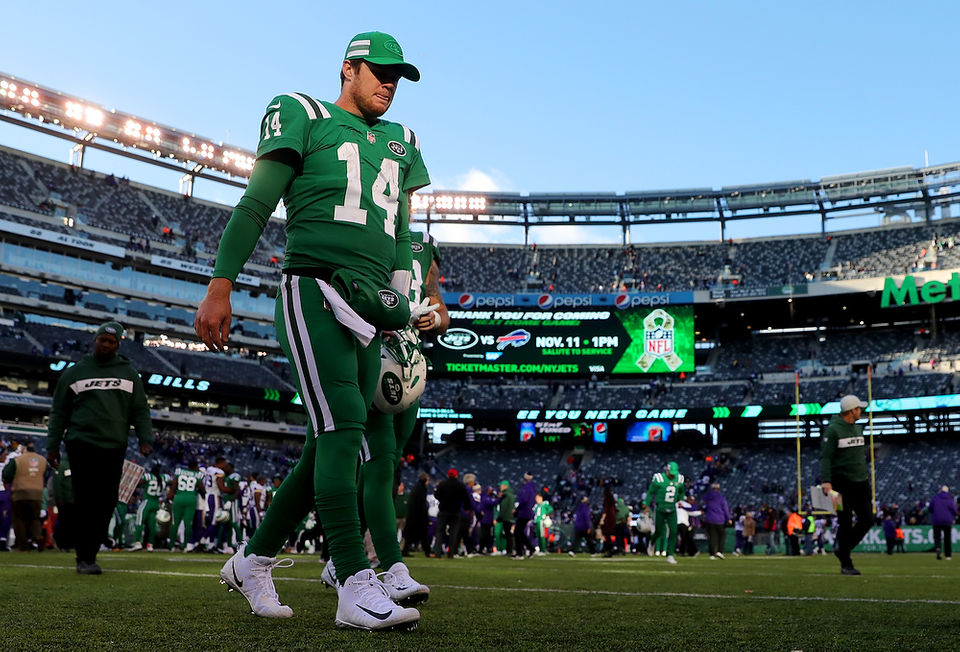 The New York Jets had a brutal loss against the Minnesota Vikings 37-17. The game was close heading into the 3rd quarter but got away when the Jets had turnovers converted into points. Vikings took advantage of not only their turnovers but physically dominating their lack of receivers. Based on this game, it’s clear to everyone that it’s Sam Darnold or bust for the Jets chance of making the playoffs.

“I learned a lot this game,” he said according to Newsday. “I learned to continue to fight. It’s a four-quarter game. The first half, I thought I personally played bad. We’ve just got to keep fighting. Again, we’ve got to execute. That’s what it comes down to, and we’ve got to do a better job of that.”

Darnold is right about the team playing better on all three phases. Special teams needs to do a better job in giving the offense good field position. The defense needs to actually make pivotal stops when its necessary. But fans know that this is a quarterback driven league. A team doesn’t go as far as the quarterback, who makes plays and others better. Darnold is just a rookie trying to be that type of player. The defense can’t be trusted now because they obviously lack in a pass rush. No pressure on the opposing quarterback equals the secondary being torn apart and giving up touchdowns.

The offense isn’t something to pray on as well. They have no weapons due to nagging injuries. But even when they were healthy, it’s not good enough. Too many “B” or “C” type receivers that can’t separate themselves from the opponent’s cornerbacks. The 21-year-old has to be the playmaker. He has to make plays scrambling or getting the ball out quickly. The Jets can say they need to play better defense and run the ball, which helps. However, they still need offensive weapons to help with Darnold’s growth. Having a number one receiver and a good running back gives him confidence on the field. He would then trust his guys and despite him saying the right words, Darnold knows they need more.

This franchise has to hope that he stays healthy throughout the season. The former USC quarterback has 10 touchdowns and 10 interceptions. At this rate he may end around an 1:1 touchdown to interception ratio. It won’t be good enough unless they make changes around him and understand that if he doesn’t play at a high level, the team has no chance to be playoff contender.