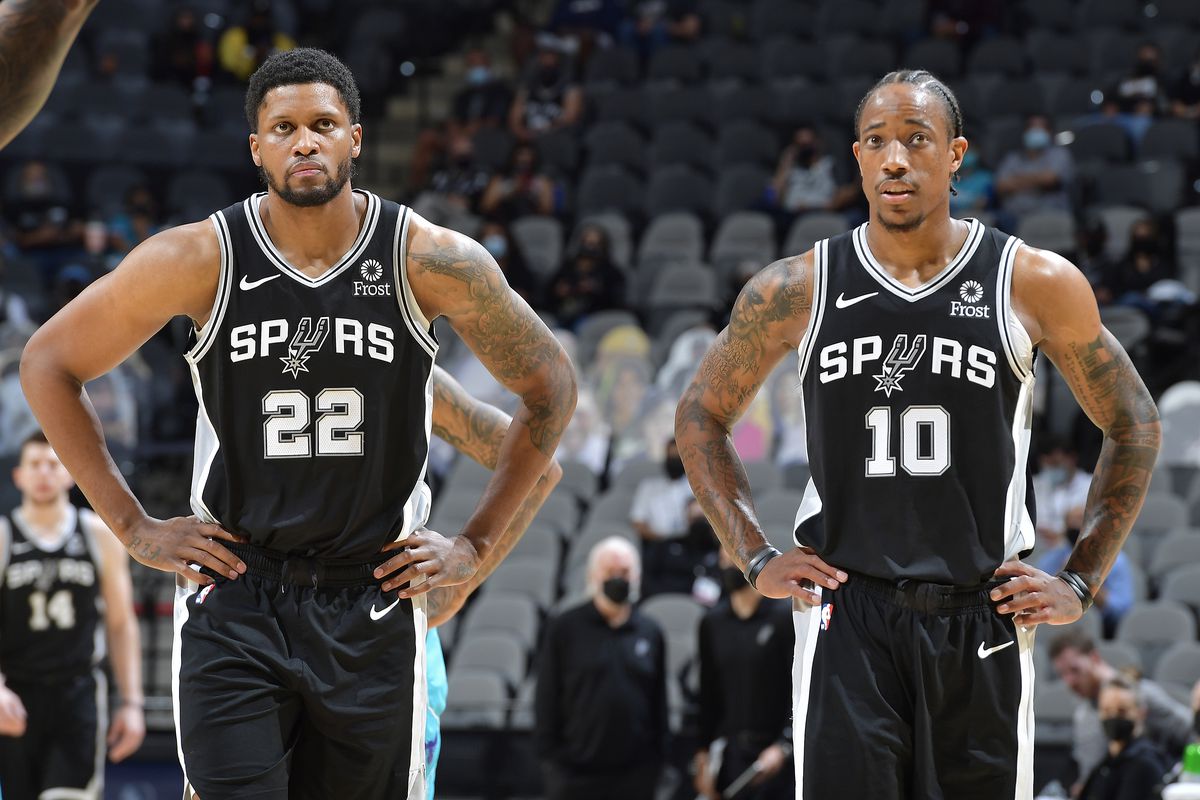 The San Antonio Spurs will be in the midst of a rebuild this year and will likely not be participating in many meaningfully competitive games this year. That being said, it will be the franchise’s 50th anniversary this year and there are some intriguing dates that will play into this season regarding the team’s history & heritage. Keep an eye on these dates if you are a part of the Spurs faithful or maybe a basketball fan who will be able to see a home game where you otherwise typically would not have the opportunity.

The San Antonio Spurs will kick off the season by honoring recent Naismith Basketball Hall of Fame inductee Manu Ginobili. Ginobili’s jersey will be honored by being raised into the Spurs rafters with a Hall of Fame distinction at AT&T Center opening night. The Argentinian native was a vital part of the early/mid 2000’s to 2010’s Spurs championship teams with Tim Duncan, Tony Parker & head coach Gregg Popovich as well as a prolific career in the EuroLeague. This will be a welcome dose of nostalgia for a Spurs fan-base clamoring for another champion.

The Spurs will play host to their I-10 rival, the Houston Rockets, in early December which will be a showcase of both teams young talent as well as the direction the franchises are heading in. The Spurs do not have much of a solidified identity being in the infancy of their rebuild while the Rockets have a bit more, dare I say, fuel in their lineup to propel them to the launchpad of contention. The matchup of young Spurs like Keldon Johnson, Jeremy Sochan & Malaki Branham versus Kevin Porter Jr., Jalen Green and Jabari Smith should make for some high flying & entertaining basketball.

This will be the first of four “home” games away from the AT&T Center in celebration of the Spurs 50th anniversary this season. The Spurs will face off against the Miami Heat at Arena CDMX in Mexico City to continue to help grow the NBA’s presence in Mexico and develop interest in the game worldwide. This will be the first game played in Mexico City since before the COVID-19 pandemic and will mark the 30th anniversary of the first NBA game played in Mexico back in October of 1992. This should be an exciting opportunity for any Spurs fans able to make the trip and watch NBA basketball in a different atmosphere.

The second of the four game celebration will be a matchup against the defending NBA Champion Golden State Warriors in the Alamodome, the former home of the Spurs. This will be the Spurs first time playing inside the stadium since 2002 when they made their transition to the AT&T Center. The Spurs will look to set the NBA attendance record with the Alamodome expanding its potential capacity to 65,000 which would surpass the previous record of 62,000 set back in 1998 in a matchup between the Chicago Bulls & Atlanta Hawks in the Georgia Dome. Maybe the Spurs can recapture some momentary magic in a return to their former home and channel the memories of the Tim Duncan & David Robinson led Spurs of the early 2000’s.

The Spurs will play the final two games of their four game celebration against the Minnesota Timberwolves & the Portland Trailblazers at the Moody Center in Texas’ capitol of Austin. The Moody Center is the regular home of the University of Texas Men’s & Women’s basketball teams and will serve to hopefully cultivate more interest in Spurs fandom in Longhorn country. This will be the first time the Spurs have played a home game in Austin and will be a curious gauge as to the potential for more professional sports franchises coming to Bat City.

It is disappointing to say the least for such a historically successful NBA franchise like the San Antonio Spurs to be spending the majority of its 50th anniversary of existence selling people on alternative home games, the memories of past champions and bobblehead nights. That isn’t to say that the four home games at sites outside of the AT&T Center wouldn’t be intriguing in nature to some degree but the draw of the Spurs for the past twenty years has been the professional level of fundamental championship basketball executed with humble superstars and well constructed teams. The draw now is the hope that they can draft a new superstar in 2023 and begin to build a new identity that mimics the proven formula of the past.