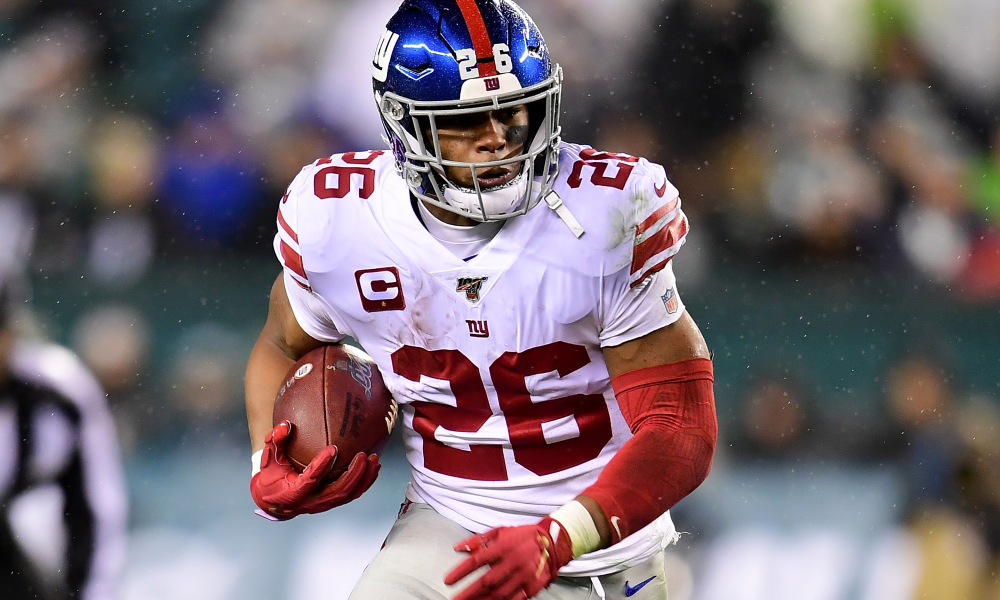 Saquon Barkley returned from the PUP list on Monday and participated in practice for the first time this year. The Giants are still not certain he can play week 1, but him returning to practice is a step in the right direction.

Barkley tore his ACL last September in Chicago. He underwent surgery on October 30th, 2020. Since then he has been rehabbing and working his butt off to return to the field. Today, a big milestone has been achieved by getting on the practice field with his teammates.

The Giants will be happy to get their star running back back into the lineup after missing most of last season. The 2018 Offensive Rookie of the Year has played in 31 career games. He has rushed for 2,344 yards, a 4.7-yard average and 17 touchdowns, and caught 149 passes, including six for scores. He has amassed 3,563 yards from scrimmage.