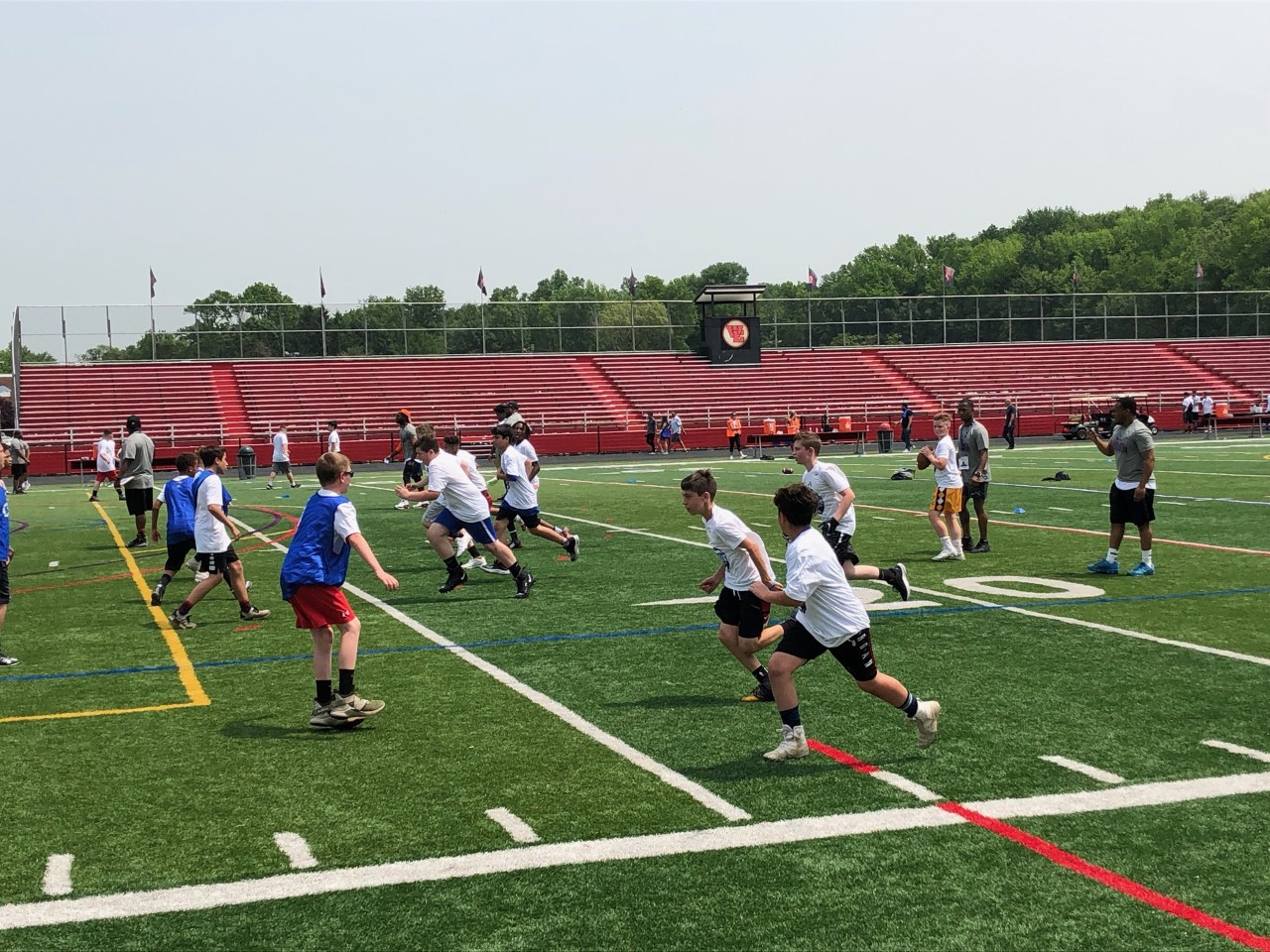 With the 2019-2020 NFL season rapidly approaching, New York Giants star running back Saquon Barkley gave back to the community at his ProCamp at West Essex High School in North Caldwell, New Jersey. Saquon and his staff led a camp of about 400 campers consisted of kids ranging from first to eighth grade.

The camp was set up with multiple stations for the kids to practice and help develop different aspects of football and fundamental skills. The kids were also provided with the opportunity to take pictures with Saquon and interact with an athlete that they idolize and want to be like.

It is not often kids get the opportunity to meet their favorite athlete and develop their game in the process and Saquon Barkley provided them with this opportunity. After the camp, Saquon opened up to the media and discussed this opportunity and why he chose to host an event such as this and his intentions.

Saquon went into this event with the mindset knowing how much these kids look up to him and want to play like him one day. He made that day solely about the kids and made them feel important. During this interview, Saquon expressed the happiness he felt to see not only boys at the camp, but girls as well.

“It is not often we see women get opportunities in football and being close with a lot of females that enjoy football gives him a personal connection to helping get women involved in football. Saquon said, “My best friend’s sister, her goal is to be one of the first general managers in the NFL” which really shows he has connections to women and younger girls that strive to be in the sports world.”

Saquon also spoke about the competitiveness he shows not only for the Giants during the season, but on the field with the kids too. He said he shares the same competitiveness and shows both are equally as important to him which is so pivotal. He credits his parents for his competitive nature which is a great quality to have especially when working with kids.

One statement from his parents that stuck with him was “teach them young, prepare them for life”. This is the mentality he had on the field to ensure they had a good time. “My main goal was to leave a good impression on these kids.”

Ultimately, Saquon is an extremely competitive person on and off the field and his reason for hosting this camp was plain and simple. He enjoys giving back to the community and helping the youth get better at what they love and provide them with an opportunity to meet their role model.

“Growing up I never had the opportunity to meet my favorite athlete or attend any of these camps which is a big motive to be involved.” said Barkley. “I feel blessed to be able to provide these kids with the opportunity that I never received.”