Saquon Barkley Teams with David Tyree To Help the Children The City! 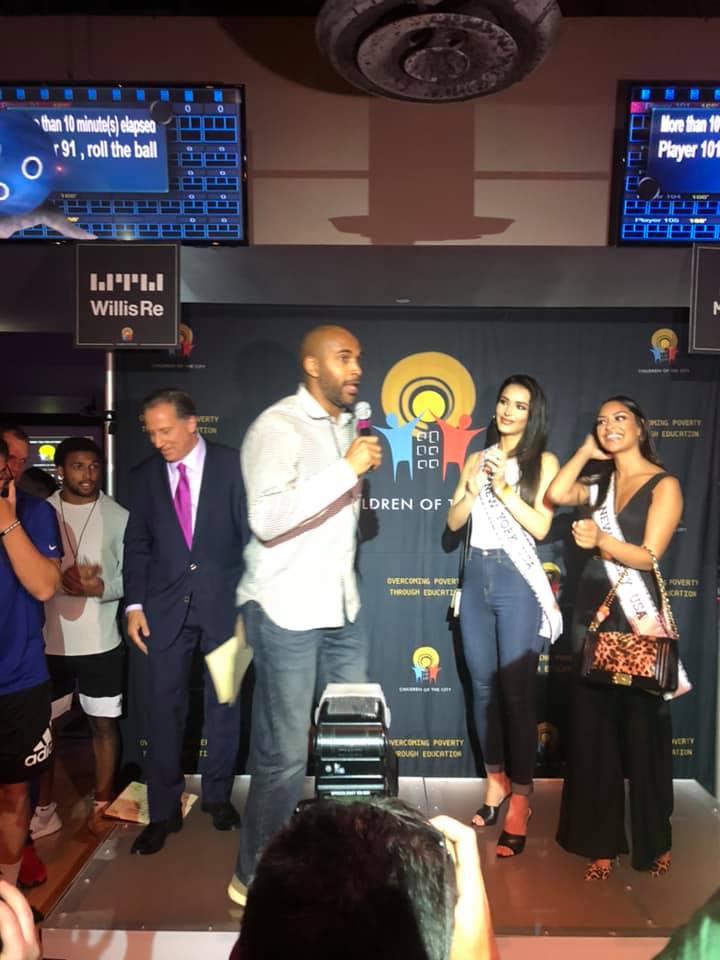 Tyree who played for the Giants and is known for his amazing catch against the Patriots has hosted the event over the last six years and has raised to close three million dollars over the time frame of the events.

The Children of the City is the only grassroots, family development organization in New York City that utilizes home visits to connect individual children and families with the programs and resources to empower them with the skills to overcome poverty.

Every year for the event, a high profiled name is help to draw the fan base to the event. Names like Eli Manning, JPP, Odell Beckham, Sterling Shepard and others have headlined the event.

This year Saquon Barkley was the headliner and descirbed the feeling as an honor to be in attendance.

“I am honored to be here to show support to David and the Children of the City” Said Barkley. “David has been a great mentor and being here was not even something to think about.”

Other Giants in attendance were rookie QB Daniel Jones, Golden Tate, Will Hernandez, as well as the remainder of the 2019 rookie class.

Back Sports Page has audio interviews from the event.