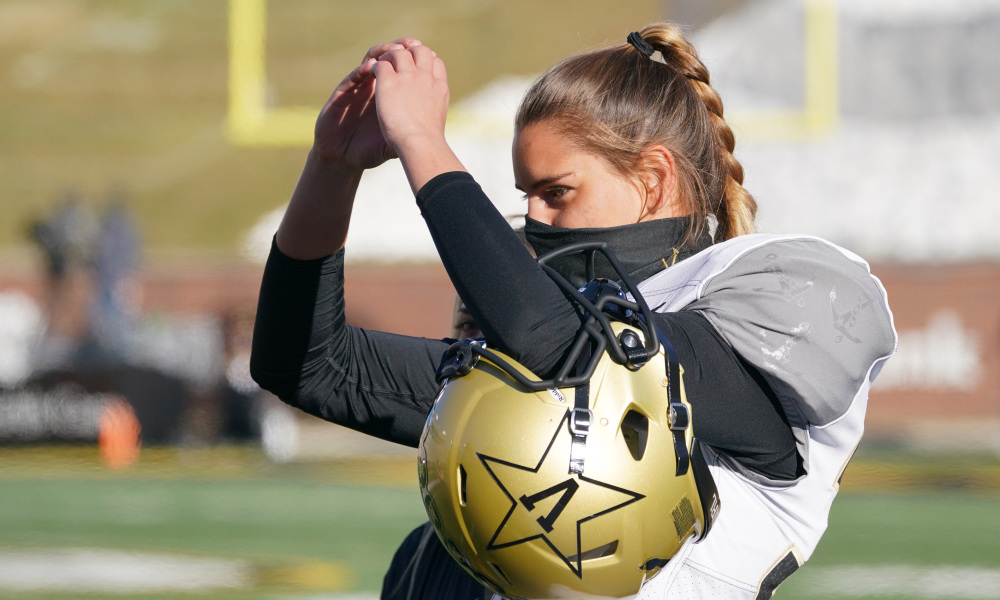 All the way back on November 28, 2020 Sarah Fuller became the first woman to compete in a Power 5 Game. She opened the second half by kicking off. It was the perfect according to former NFL Punter Pat McAfee. “It didn’t go out of bounds, didn’t give up a touchdown, and gave the opposition zero percent chance of a return.”

Let’s jump forward to today, and in the news again is Sarah Fuller as she made history by becoming the first woman to score in a Power-5 Game. She split the uprights in the waning seconds of the first quarter.

This is a great story, not just for women, but for all of college football. This year in college football is full of surprises and this is one of the good surprises. We’ve seen women in football all year, such as the Cleveland Browns Chief of Staff Callie Brownson taking over for the Browns Tight-Ends coach during the Jacksonville game, to become the first woman to coach a position group in an NFL game. These types of moments are a sight for sore eyes. With so much confusion, and instability in college football this year, it’s great that everyone tuned in to watch a little bit of history. Congratulations to Sarah, and hopefully more women will follow her path.

What’s Wrong with New England’s Offense?
Will Dallas Mavericks’ Rookies Have What it Takes?