What Saudi Arabia’s Historic Win Means for the Country 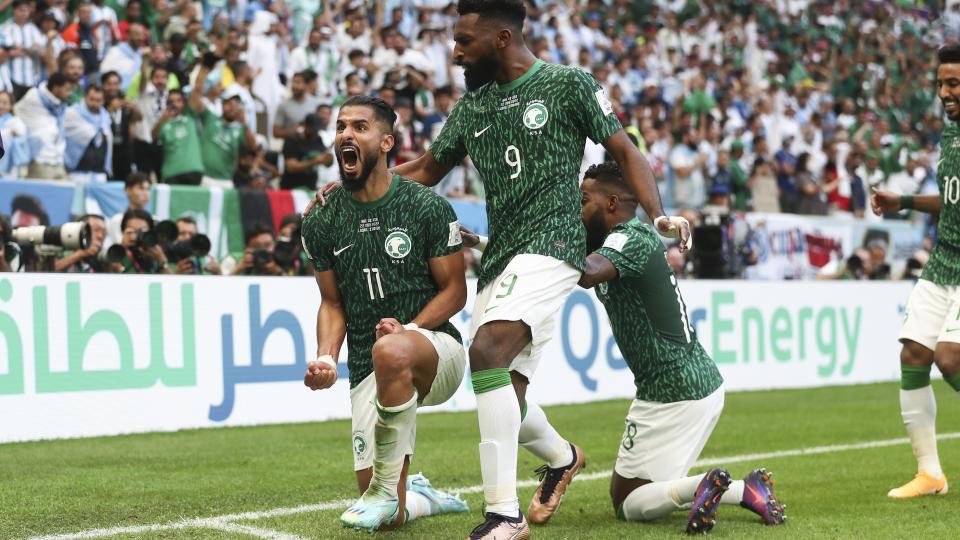 What Saudi Arabia’s historic win means for the country and why it is such a big deal comes to a surprise to all. The middle eastern country did the unthinkable and beat the World Cup favorite’s Argentina 2-1 in the opening group stage match. How it happened and the aftermath of the win is the reason why the World Cup is such a special tournament.

Saudi Arabia is coming into the tournament as the lowest ranked team, listing 51 in the World. The country is mostly popular for their involvement in politics, especially their conflict with other middle eastern countries and with the United States. Their last international trophy was the FIFA Arab Cup in 1998. They are appearing in their second World Cup in a row while breaking a 12-year drought in 2018.

Many thanks should go to head coach Herve Renard for Saudi Arabia’s historic win and for turning the team around. Born in France, Renard has coached significant teams like Lillie and Ivory Coast in the past. He also was coaching Morocco in the World Cup back in 2018. Renard joined Saudi Arabia in 2019 and has changed the club for the better. He is also an early candidate for coach of the tournament.

Argentina had an early lead in the 10th minute with a controversy penalty kick converted by Messi. With VAR taking away Argentina of a second goal, the game was 1-0 heading into the second half. La Albiceleste had a rude awakening when Saleh Al-Shehri sneaked in a goal to tie the game. It was not long until Salem Al-Dawsori scored a beautiful goal to stun the world and took the lead. Argentina couldn’t get past goalkeeper Mohammed Al-Owais, who ended the day with five saves. Despite Argentina’s 69% possession and 15 shots (six on target) they failed to Saudi Arabia, who only had 31% possession and three shots (two on target).

Saudi Arabia’ historic win is not only the best in nation’s history, it’s the biggest upset in World Cup history. Celebrations broke out all over the country, including the players after the match. This win was so special to the nation that King Salam, ruler of Saudia Arabia, named November 22 a public holiday for celebrations of beating one of the best players in the world on the biggest stage in football.

Before the game, the odd of Saudi Arabia winning was +1200 , with Argentina’s odds winning was –667 and +500 for a tie. They also broke Argentina’s 39 game unbeaten streak, which started back in 2019. This was only Saudi Arabia’s fourth ever win at a World Cup.

Most of the players on Saudi Arabia play for Al Hilal, the country’s main football club. With two games to play, Saudia Arabia are in a great position to make it out of the group stage. It would be the for the first time since 1994 they would make the Round of 16. Saudi Arabia’s historic win could be a new mark for the nation in hopes to change its reputation in football.