SEC Preview: Will The CFP Trophy Stay In The SEC? 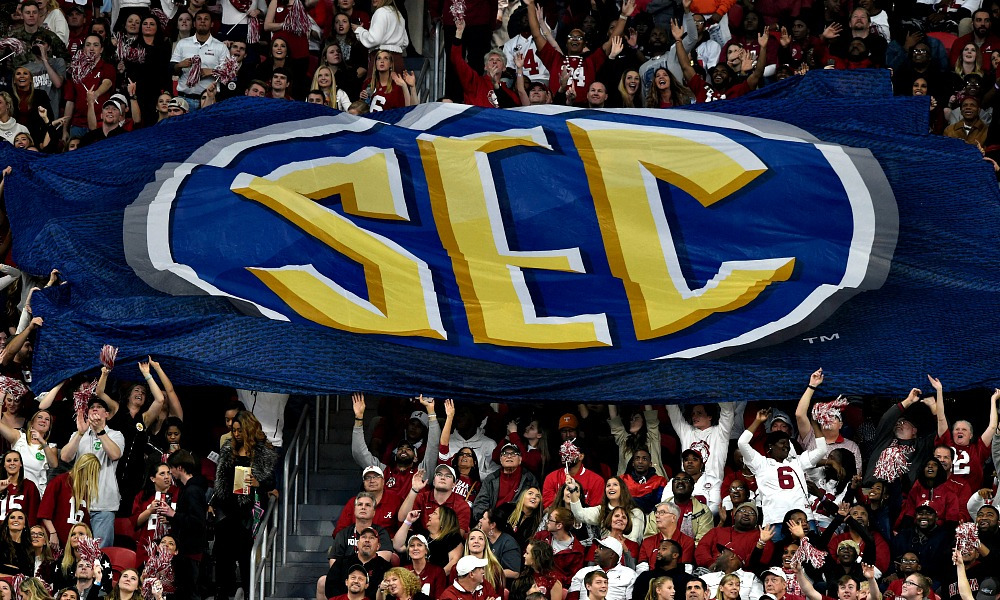 Last year, LSU took the title trophy down to Baton Rouge. Will it stay in the SEC or is there another team out there that can stay with the play-makers from Alabama, LSU, Florida, and Auburn. LSU is definitely going to take a step back, how could they not? I truly believe LSU’s team last year, behind first pick, Joe Burrow, was one of the most dominant teams in college football history.

However, the rest of the Southeastern Conference is biting at their tails, looking to keep the trophy in what many think is the best conference in America. Let’s dive right in, with this being the opening weekend of SEC Football.

LSU: LSU had a truly amazing season last year, and it got them the title. However, this year in Baton Rouge will be very different. LSU will lean on its defense until the offense can catch up. Ed Orgeron lost both of his top assistants in Dave Aranda, and passing game coordinator Joe Brady. Myles Brennan, LSU’s starter heading into 2020, must feel like the weight of the world is on his shoulders. He can’t possibly live up to what Joe Burrow did last year, right? LSU will be without Ja’Marr Chase who has opted out this year to focus on the NFL next year. However LSU does return, who I believe is the best defensive player in the country, true sophomore corner-back Derek Stingley Jr. He is a true lock down corner, and he can return punts. I don’t expect LSU to go back-to-back, but I think some people will be surprised at how good LSU still is, even with all the departures from last year.

Alabama: Another season, another Alabama top-5 ranking. What if I told you Nick Saban would lose his star quarterback to the NFL, yet they will have no drop-off in play? Well, that is exactly what is happening in Tuscaloosa right now. Saban lost Tua Tagovailoa to the Miami Dolphins. *Side Note, Saban also coached the Miami Dolphins at one point in his career.* Even after losing Tua, Alabama will look to reload with quality quarterbacks like Mac Jones, and true freshman Bryce Young. Playing quarterback at Alabama isn’t that hard if you have a true superstar in running back Najee Harris. Not only is Harris back on offense so is receiver DeVonta Smith. Smith led Alabama in yards receiving and touchdowns, but was somehow overshadowed by Jerry Jeudy and Henry Ruggs. Alabama will still be dominant on defense, returning players like Dylan Moses. Look for Alabama to reach the College Football Playoff, after missing out last year.

Georgia: I can honestly say that I think Georgia head coach Kirby Smart is not a great coach. Sure he has success in the SEC, which is very different, I just don’t know why any quarterback recruit would go there. Jake Fromm got worse as the years went on. His freshman year is when he was the best. However, Georgia is without a doubt a true title contender. To start off with, Georgia has two new quarterbacks in transfer J.T. Daniels and another transfer Jamie Newman from Wake Forest. Daniels is still recovering from a torn ACL in week one last year, and Newman sort of made Wake Forest nationally known for the time being. Kirby Smart demoted offensive coordinator James Coley, to bring in Todd Monken. It will be very interesting to see how the new quarterbacks mesh with Monken, considering the Pandemic didn’t really allow for spring practices. Also when you watch Georgia pay special attention to defensive back Richard LeCounte. He is a sure fire star in the making. He, was responsible for half of Georgia’s takeaways last year. A future NFL top-ten pick.

Texas A&M: The Aggies return sixteen starters from last year, including quarterback Kellen Mond. Can Mond finally break through and have a season to remember at College Station? Who knows, but they have a roster that on paper is one of the best in the conference. Returning at running back is Isiah Spiller. The offense also returns play making receiver Jhamon Ausbon, and tight end Jalen Wydermyer. Head coach Jimbo Fisher, in his third season in College Station, really needs to get more consistent play out of their defense if they are to have a season to remember. While the defense needs improvements, the Aggies offense can play with just about anyone.

Florida: I consider Florida the SEC East’s best team over Georgia. I think this year the Gators really take a huge step forward behind head coach Dan Mullen. Before Mullen came to Gainesville he turned around a struggling Mississippi State team, behind future NFL quarterback Dak Prescott. Florida also has some transfers, that if they hit the ground running, Florida could have a special season. Justin Shorter is a transfer receiver from Penn State and Brenton Cox is a stud linebacker that transferred from Georgia. However, with that being said the Gators lost edge-rusher Jonathan Greenard, and corner back CJ Henderson to the NFL. Florida cannot take a step backward on either side of the ball if they want to reach the SEC Championship.

Auburn: Auburn has to replace 14 starters this year. However, with that being said, they have enough athletes and play-makers to at least contend in the SEC West. All eyes were on true sophomore quarterback Bo Nix last year in his freshman season. He will not have the same targets to throw to that he did last year. One area of concern for the Tigers is the running game. Last year, Nix was forced to throw more than Auburn wanted him to. Auburn will have to lean on true freshman running-back Tank Bigsby (A top-10 name of all-time). Even though they have a lot to replace, look for Auburn to be able to compete with the favorites, but end up on the losing side most of the time. Or, who knows, maybe Auburn has a magical season such as the 2013-2014 season,

Middle of the Pack:

Tennessee: No the Volunteers are NOT back. They will be competitive, but not near the top of the standings at season’s end. The Vols do play in the SEC East so they might as well throw their hats into the title race with Georgia and Florida. Good news for Volunteer fans is that they ended last year on a six-game winning streak. They also put together a top-ten recruiting class for 2020. However, before we can talk much more about the Vols, they need to solve their quarterback situation. Look for true freshman Harrison Bailey to win the job, and then the boulder might star rolling for the team from Knoxville.

South Carolina: There is no doubt about it folks, Will Muschamp is sitting directly on the hot seat.To put matters even more dire, the Gamecocks open the SEC slate this weekend hosting Tennessee. That will be the first true test for South Carolina. The key to getting the Gamecocks going will be getting more out of true sophomore quarterback Ryan Hillinski. I think the Gamecocks get it done tomorrow and possibly get rolling early. Final Score 27-21 South Carolina.

Kentucky: What is life going to be like in Lexington without the incredible Lynn Bowden Jr.? Bowden did everything for Kentucky last year. He was forced into the quarterback role when starter Terry Wilson went down early in the year last year. Wilson should be back behind center this season, but the offense will look much different without Bowden Jr. The defense for the Wildcats has been the driving force behind their rise in the past two-three years. The defense from last year is pretty much still intact, which is a blessing for the fans in Lexington. Look for Kentucky to keep opponents to low scores, but also low scores themselves. You can bet that Kentucky will be in multiple games where neither side scores more than 21-points.

Bottom of the Barrel:

Ole Miss, Mississippi State, Missouri, Arkansas, and Vanderbilt: Four of these five teams have new coaches they need to break in. Ole Miss got the always entertaining Lane Kiffin. Missouri went with Eli Drinkwitz to hopefully bring their program back to national prominence. Arkansas hired Sam Pittman for what is almost impossible: getting back to national prominence. Of all these teams, the only one that might make some noise is Mississippi State. State hired the “out-there” offensive guru Mike Leach. Leach will have Stanford transfer K.J Costello under center. Hopefully Costello and Leach will click right away.

I am so excited for the SEC to be back tomorrow. I will be spending all my time in front of the television updating scores and big plays. Hopefully we finally see some great football. Get excited with this hype video taking you into the weekend.