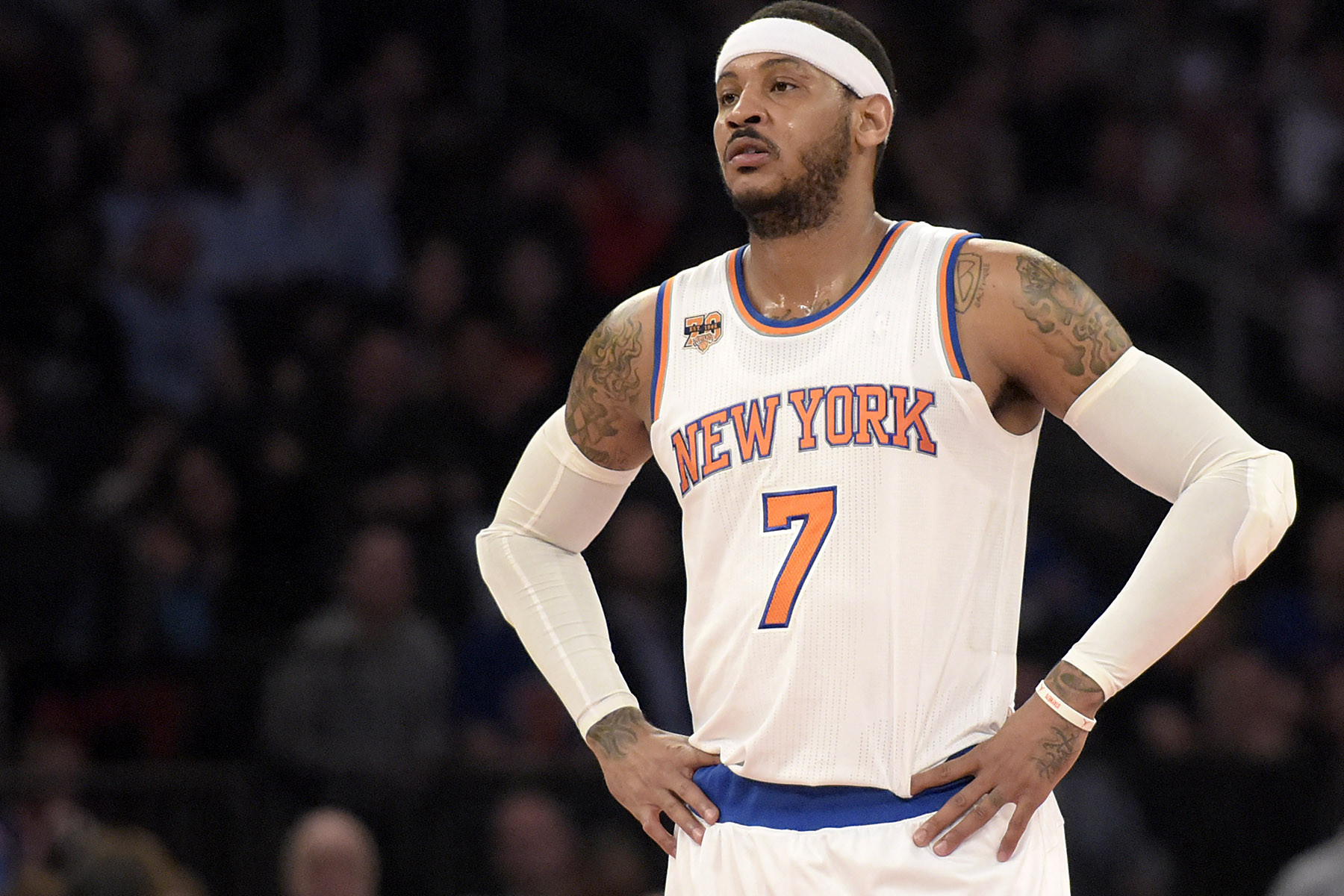 NEW YORK, NY- As we’re about six weeks from the start of the season for the New York Knickerbockers the question still lingers over the franchise, will Carmelo Anthony still be in a Knicks uniform on opening night against the Oklahoma City Thunder?

For the most part, many guys in and around the league seem to think he will be starting his eighth season with the Knicks. However a few others think otherwise for a couple of good reasons. Firstly, we are weeks away from the start of the preseason. Secondly, Anthony is being rather picky with the no-trade clause he has in his contract. He’s made it crystal clear that he only team he has interest in joining is the Houston Rockets, where his close friend (and fellow banana boat crew member) Chris Paul, just took his talents to this summer.

Make no mistake; there are plenty of teams that would love to have the 10x All-Star’s talents. However, for a player of that caliber who has spent the majority of his recent years missing the playoffs (going into this 15th season), it’s understandable why Anthony isn’t willing to waste his time with a non-contender.

For those following Portland’s recruiting of Melo, you already know that arguably one of the best back courts in the NBA have been using Twitter to reach their objective. In addition to that, some footage has surfaced of Trailblazers G CJ McCollum playing in a pickup game of basketball with Melo. As you could imagine the recruiting probably didn’t stop during the game. If anything it intensified.

There also have been players from other teams trying to recruit Anthony (including his fellow Team USA teammate, DeMarcus Cousins) but unless they are the Houston Rockets, Melo isn’t hearing it.

If you can believe it, he even passed up on the possibility to play with his other friend (and fellow banana boat crew member) F LeBron James, who has three more NBA championships than Paul does.

However, more importantly, if you’re a fan of Melo who’s ready for him to move on from the Big Apple or a Rockets fan, what you may not know is that you should not lose hope just yet.

“Within two weeks, the Carmelo-Houston trade will happen,” said Marcellus Wiley, co-host of Sportsnation. The panelist claims to have multiple sources close to Anthony that confirm this.

All we can do is wait and see.

4 Things to Look Out For This Season With the Knicks
Out With the Old, In With the New