Should the Braves drop “The Chop” ? 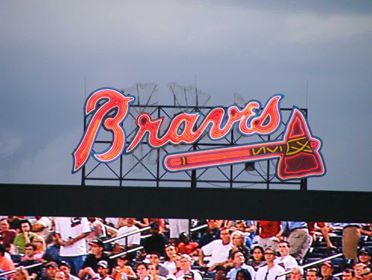 Growing up an Atlanta Braves fan “The Chop” was one of the most significant parts about being a fan of the team. Before a playoff game nearly 50,000 fans would chop in unison creating a formidable atmosphere.

However, things have changed in the aftermath of George Floyd and many teams are re-examining their names due to cultural sensitivity. The Redskins are no more and the Braves famous tomahawk chop is the next topic of removal.

The Braves have already reduced the presence of tomahawk chop in their advertising. The team also  removed the “Chop On” sign near the entrance to Truist Park before the start of the season. The removal of the sign represents a turning point for the Braves as the chop has been a fundamental part of the team and fanbase.

The Chop isn’t isolated to the Braves; the Kansas City Chiefs (NFL) and most famously Florida State (NCAAF) use it as well. The main difference is Florida State, the original user of “The Chop” has permission from the Seminole Tribe of Florida.

The Chop grew in popularity as the Braves won their first championship in 1995. The Chop became ingrained within the fandom, but things changed in 2019. During the divisional series against the St.Louis Cardinals, Ryan Helsley called out the Braves for the chop.

“I think it’s a misrepresentation of the Cherokee people or Native Americans in general,” Hesley said before the playoff series against the Braves in 2019.

Helsley is a member of the Cherokee nation and his remarks sent ripples through the organization. The Braves stopped using the tomahawk chop for the remainder of the season and since have been more hesitant to use the chop.

Fans of the Braves are largely supportive of the chop as it’s been synonymous with the team for over two decades. When looking at whether the chop should be removed, there needs to be better communication with local tribes in Georgia and the southeast.

Unlike Florida State, who has communicated with the Seminole Nation, the Braves have had more inconsistent communication with the Eastern Band of the Cherokees. Since the uproar, the Braves have attempted to strengthen their relationship with the Native American tribes in the region.

Whatever the Braves decide there needs to be more accountability when it comes to using Native American heritage. The history between Natives Americans and the country are sensitive and any use of any Native culture should come with the blessing with local and regional tribes. Whatever the Braves decide, the team has to forge a strong relationship with tribal leaders and take seriously how certain traditions are detrimental to others.

What does Davis’ rough start mean for the Oakland Athletics?
Should the Yankees Be Worried About the Rays?