Should the Brooklyn Nets Run it Back? 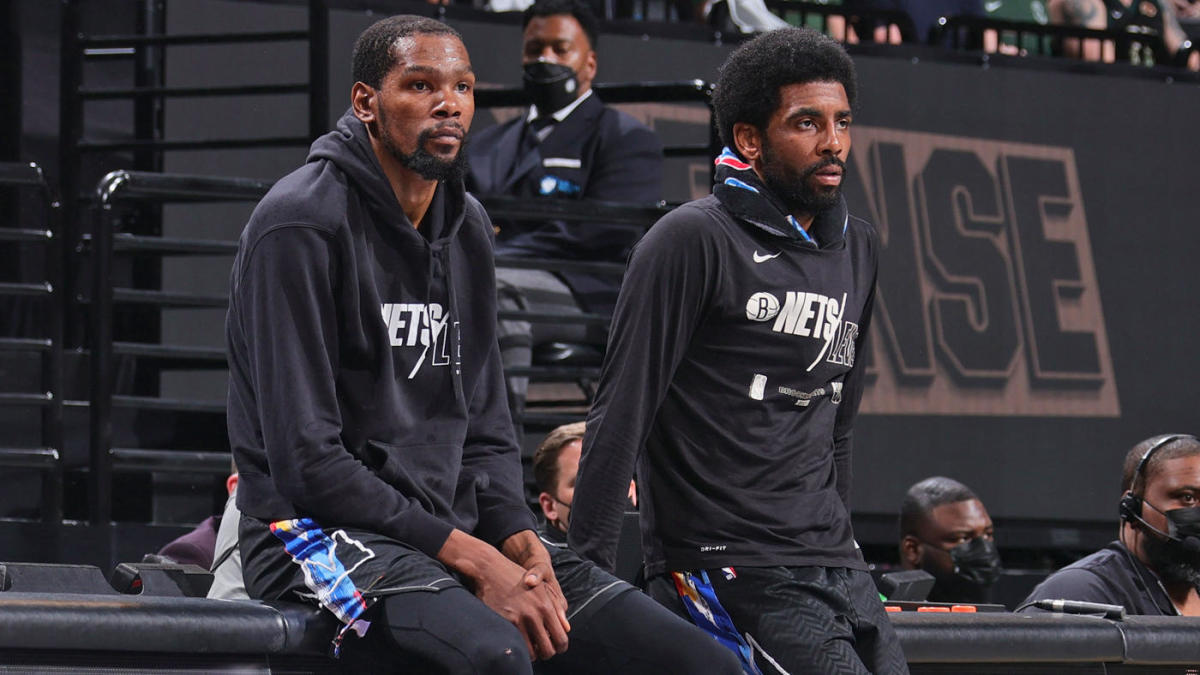 After getting swept in the first round of the playoffs by the Boston Celtics, the Brooklyn Nets have been the center of attention in the media. Surrounded by question marks and unhappy personnel, the Nets have been trying to figure out the best route to go heading into free agency. Brooklyn has stated that they will be patient with what they do with their superstars in Kevin Durant and Kyrie Irving, even though Durant has requested a trade from the team. Of course, we all know that Irving would not want to stay in Brooklyn without his running mate, so this puts the Nets front office in an interesting situation. Do they blow up the team and start over? Can they run it back?

This past season will always be remembered as a failed attempt in Brooklyn Nets history. Especially since the Nets were favored to come out of the East for most of the season. While all is lost from last season, they still have the rights to do what they want with KD and Kyrie.

It seems as if Durant has made up his mind about the state of the Nets, and does not want to be a part of the title chase after two seasons with the team. Understandably so, he is not pleased with how his tenure with the team went. Emotions after an embarrassing first round exit can fluctuate with superstars in a superstar driven league. Brooklyn’s front office could eventually make a huge blockbuster trade with both stars packaged together. But is this the right move?

The Nets will also return a slew of veterans with years of playoff experience: LaMarcus Aldridge, Goran Dragic, Blake Griffin, Seth Curry, and Joe Harris. Harris underwent ankle surgery 4 months ago which forced him to sit out the late season push and all of the playoffs. Over the past two seasons when Joe Harris plays, the Nets are 55-28. Without him, they are only 37-34.

We can’t forget about the man who still hasn’t suited up for the team, Ben Simmons. Last season, the Nets were bottom 10 in the league in potential assists, passes made, and rebound chances per game. Simmons’ bread and butter is playmaking and rebounding. While everyone is eagerly waiting for him to develop a jump shot, he can still contribute immensely to the Nets’ weaknesses of last season.

With the depth of Brooklyn’s current roster, including the newly acquired assets at the forward position and players coming off of injury from last season, the Nets roster looks to be one of the deepest in the league. There are capabilities with this roster of a championship run if all could stay on the healthy side. When looking at the competition in the Eastern Conference, the Celtics, Bucks, and Heat are all viable championship contenders for years to come. If Kevin Durant and Kyrie Irving stay in Brooklyn, that list gets one team longer. The media has been circling the Nets with how and why to trade their superstars. But running it back should certainly still be on the table if Durant can become compliant with the Nets organization. Third time could be the charm.