Silas and the Family Stone 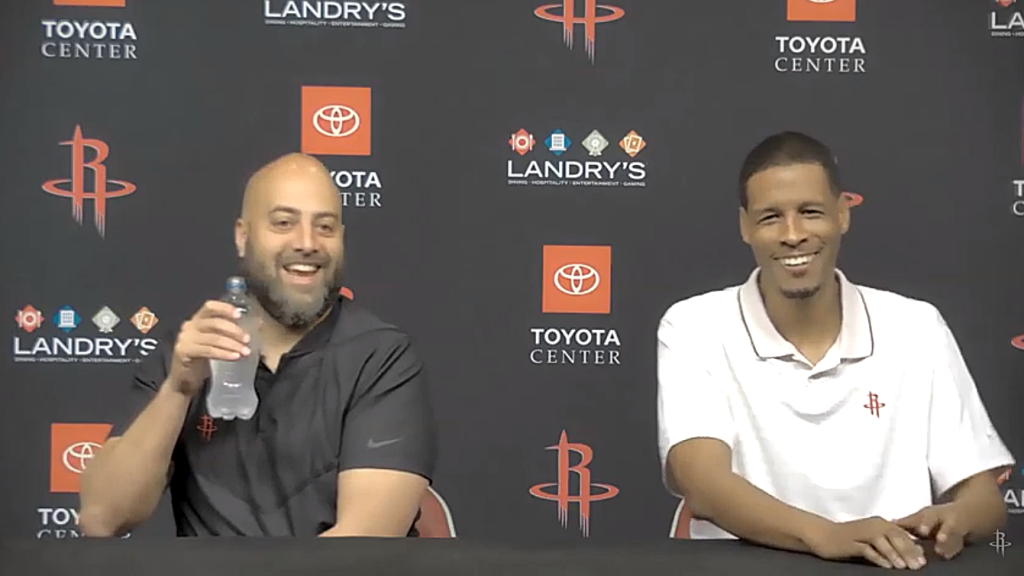 Around the NBA, many teams started their annual media day this week. This time returned a sense or normality. For starters, the NBA had a regular offseason. For the first time in three years, media day is now maskless, allowing most of their local beat writers to attend in person.

The Houston Rockets media day started this week on Monday with training camp starting on Tuesday. Head Coach Stephen Silas along with General Manager Rafael Stone started out the day discussing the overall progression of the Rockets young core, how well they prepared themselves throughout a full offseason, veteran leadership, and the integration of the three new rookies they signed at the draft:

“I’m super excited about this season,” said Silas. “I’m excited for a bunch of reasons. I’m excited that we have a group that I’ve been with for a little while and they’ve have had more experience than in the past. That changes form year to year. I’m excited for the work that these guys have done this summer as far as having the whole team here working on their games working on their bodies. I’m excited for our young guys that we picked up. The main thing is that we’re gonna be super hard to play against on both ends of the floor.”

“Everybody has a bad night,” agreed Stone, “but if day in day out, we’re a team that is tough to guard and on the other end makes the game hard on other teams, that’s the type of stuff I think we’re looking for.”

Silas and Stone appear to have extreme confidence in his overall team this season. Both agree this season will have a clear focus on their defense. Last season, Houston was the worst defensive team in the league. While this team is overall young and still in their rebuilding phase, opposing teams shouldn’t assume that playing against the Rockets will be a cakewalk. Regardless if they win games or not, if they are tough to beat, then that builds winning habits.

A Return to Normalcy

The Rockets coach also had this to say when asked about his adversity from initially coaching a contending team to a rebuilding roster:

“I am excited about this group and the future, the first year there was a lot going on and the second summer was short and there was a lot going on as well,” said Silas. “This year has been more normal. we have a long summer which is normal for a team like us. We had a bunch of guys in all summer. They’re all very good workers. super super competitive and to some extent they have a chip on their shoulder, which I love.”

“It’s for sure different than year one and two,” he continued. “I might have a few more gray hairs because of those two years but I’m very excited to have a full summer, a summer league that doesn’t lead directly into the regular season, having time to get to know these guys, for them to get to know me and each other and use that summer time as a win where we bonded together and our preparing for the next step which is training camp and preseason.”

“Our entire team is improving on a daily basis. We have a lot of young players and I think they are going to do well.”

Coach Silas had no intention of coaching young players prior to getting hired. At the time, MVPs James Harden and Russell Westbrook were still on the team. But the team changed. MVPs left. veterans left. They kept losing. Old personnel left. New personnel came in. The Rockets completely lost their identity, yet Silas stook around. This speaks volumes to the adversity he faced and the perseverance he held to keep the team DNA afloat. Now he is creating a new culture in the Houston Rockets, and has the young players to carry it forward.

The measure of success according to Stone and Silas will determine if Houston is a tough team to play against. That will be the level improvement compared to last season. To some extent, the Rockets have a chip on their shoulder. Bottom line, if they are going to be at least better than last year, then they have matched their mark.