Sitting Down with John Starks 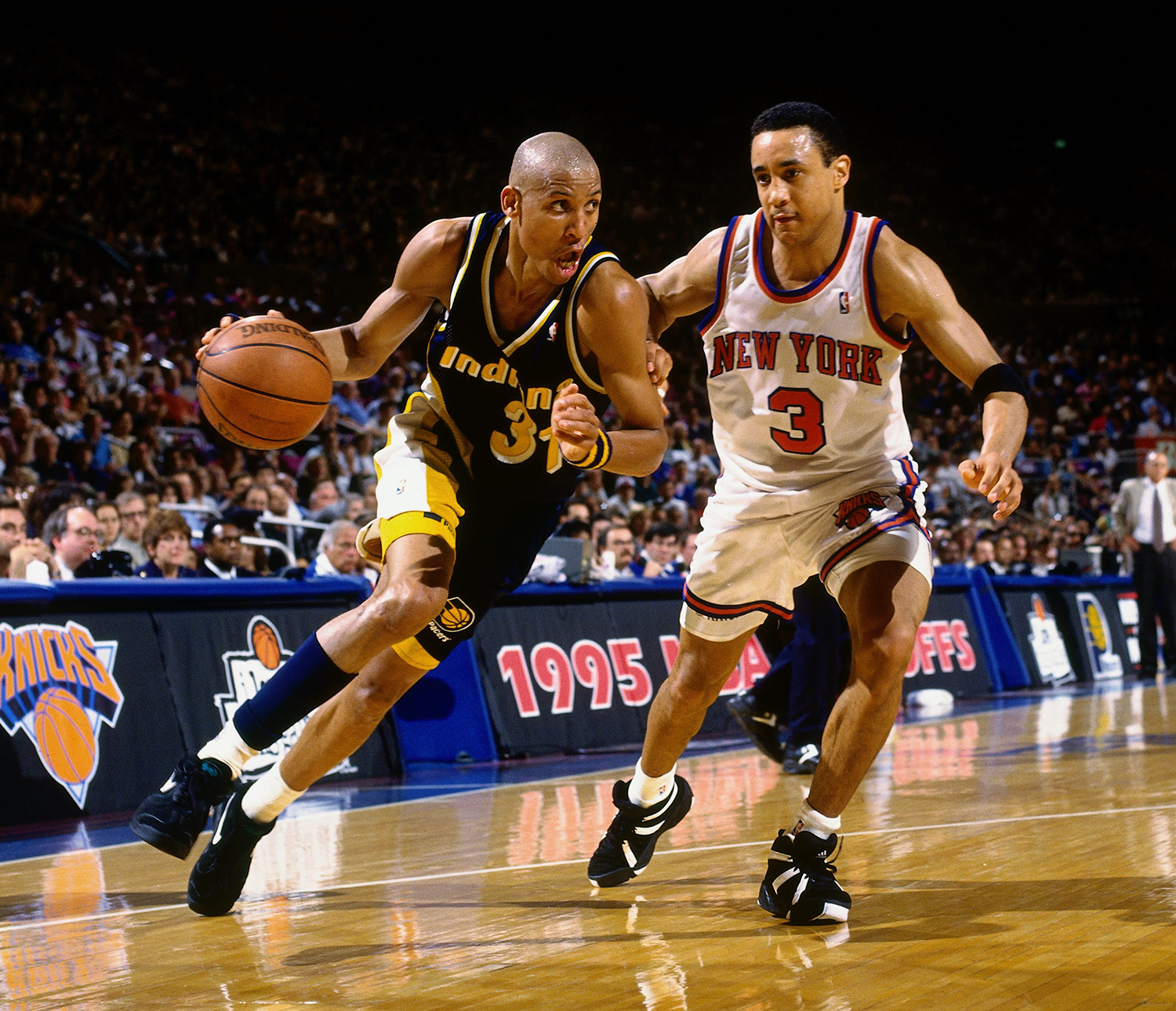 The bright lights of New York City and the mecca of basketball, Madison Square Garden: Does it sound intimidating? It wasn’t to former Knicks guard John Starks. After not being drafted, John Starks spent six seasons with the New York Knicks, becoming an All-Star and a fan favorite.

With legendary battles with Michael Jordan and Reggie Miller, Starks became known as a dangerous threat on both sides of the court. His skills of the game were matched by his passion, as was shown in the famous “Dunk” on Jordan during the 1993 playoffs.

With legendary battles with Michael Jordan and Reggie Miller, Starks became known as a dangerous threat on both sides of the court. His skills of the game were matched by his passion, as was shown in the famous “Dunk” on Jordan during the 1993 playoffs.

Starks traveled around the league after his time with the Knicks but returned home to MSG, where he took a position in the Knicks front office as a member of the community relations department.  If there was any doubt how much Knicks fans loved Starks, it was proven on the night Patrick Ewing had his jersey retired, as Starks received a standing ovation upon his introduction.

Besides working in community relations for the Knicks, Starks runs a charity and a clothing line, and harbors a huge love for the game of golf. Mike Tramontozzi of Back Sports Page spoke to Starks about all of his off-the-court ventures, and of course, his time with the Knicks.

Mike Tramontozzi: Tell me a little bit about your foundation.

John Starks: Well, I started it (The John Starks Foundation) in 1994 to help raise scholarship money for high school students on their way to college. It was something I always wanted to do—to give back to students and help them get started on their careers.

MT: What kind of events do you hold for the foundation?

JS: We do fundraisers. We do a casino night, we also do a bowling event. But the major fundraiser is my golf event we do every September, up in the Westchester area.

MT: What drew you to this cause?

JS: When I came out of school, I wasn’t highly recruited. I had to try and make a team, but also pay off grants and things like that. It was very difficult to do that so I am blessed to be in a position to raise money and help students who were in the same position I was in.

MT: What other ventures are you involved with today?

JS: I have a clothing company called Zipway, we have a technology to allow you to transition in and out of your pants—like the breakaway pants we used to use. You can go to www.zipwaysport.com and see how the pants work.

MT: Talk about your love of golf.

JS: The game is great, it can be like a mini-vacation, plus you can go out and play some of the most beautiful courses, especially around the NY area. You can still be competitive from a mental aspect, not physically like in basketball—but it gives you the same mental ability to be competitive.

MT: Is that why athletes seem to gravitate to golf?

JS: No question—it’s in the competitive aspect of an athlete to play amongst their friends. It also helps with charities—lots of foundations use golf events to help raise money so it’s great to use it to help, as well.

MT: Growing up, was there one person who you admired on the basketball court?

JS: Dr. J (Julius Erving) was the guy we all looked up to growing up. He was the Michael Jordan of the late ’70s—early ’80s, and he’s the guy everyone tried to be. And not just on the basketball court—off the court, he was a class act.

MT: When you look back at your career, does one game stand out above the rest?

JS: I would say Game Seven against Indiana (1994 Eastern Conference Finals) because it gave us the chance to play for a championship, which is what every player strives for.

MT: The 1994 team—were they the most mentally tough team you played on?

JS: No question. Riley built that team purely on toughness. It wasn’t the most talented team, but we were the most mentally tough, and that allowed us to get through some tough games. Probably the 1996 team, when Allan Houston and Larry Johnson showed up, was our most talented team.

MT: Did you guys relish the “Bad Guy” image the rest of the league had about you guys?

JS: Teams knew that when they played us, it would be physical. Some teams we could overpower from a mental aspect—and you did get a lot of squabbles the way we played.

MT: Do those mid-’90s teams have the same success in today’s NBA?

JS: In a league, you have to establish what kind of team you are; if you establish yourself as a physical team, the refs will allow you some leeway—even in today’s NBA.

MT: What was it like being the guy who had to guard Michael Jordan?

JS: Obviously, when you play against one of the best ever, you get up for it. It was a test mentally going against him—if you didn’t, he was going to destroy you.

MT: If someone were to ask you what it was like playing in New York, what would you say that maybe they didn’t think about?

JS: Oh, wow, the history first and foremost. You can’t get past playing in the Garden. That’s why, no matter where the team is in the standings, you see players have their best games there because New York represents basketball and tradition. So I would say the intensity and knowledge the fans bring is what overshadows everything.