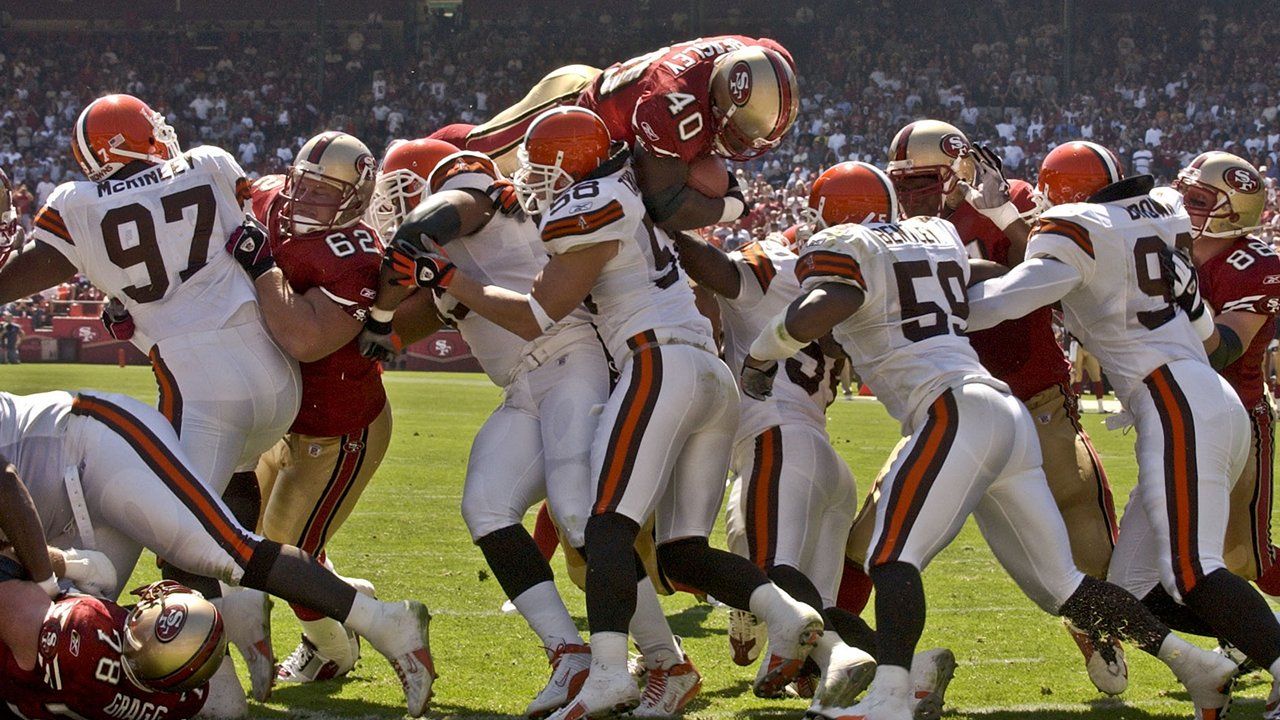 The 2022 NFL season is underway. An exciting weekend for football fans watching their team back in action. Sadly for San Francisco fans, it was a disappointing start to the new campaign. In a game that was set up to be a nice warm-up as the Bears were projected to be one of the league’s worst teams. Hopefully, allowing new starting quarterback Trey Lance to ease his way into the season. Became a grueling dog fight in the rain. That ultimately ended in a loss after countless mistakes and missed opportunities.

Talk About Shooting Yourself in the Foot

One of the things that will surely be addressed in the film room is the penalties. A real factor in the outcome of this game. The defense continued to give the Bears offense chances with bonehead decisions on crucial third downs. Two of them specifically came from linebackers Dre Greenlaw and Azeez Al-Shaair who were called for late hits on Justin Fields as he was sliding. The latter resulted in a touchdown pass the next play that gave the Bears the lead.

Penalties happen but the preventable ones are really what can drive the coaching staff nuts. Especially when it’s one of the main reasons behind a loss. In comparison, the Niners finished with 11 penalties for 95 yards against the Bears three penalties for only 24 yards. In a harsh weather game like this, yards are just too hard to come by. Head Coach Kyle Shanahan made a point of this after the game. “We always talk about doing right longer, and I think today was exact opposite of that. Just look at the amount of penalties we had compared to them, the turnovers compared to them.”

All the talk will of course be pointed towards Lance each week. Good or bad. After one game it’s difficult to form an opinion if he is the franchise guy or not. There will be overreactions and calls for Jimmy G rolling in. But when Shanahan and this front office decided to ride with him as the future. They knew what they were signing up for.

There were some positive things to take away from his performance on Sunday. But overall, there was more bad than good. Even in poor weather, Trey missed open targets on several occasions. However, my biggest concern about his play was his inability to see the field in quick reaction moments. As well as looking pretty flustered at times.

The Bears were getting decent pressure at times but Lance was too quick to tuck the ball and run. There were multiple plays where receivers were open breaking on their routes if just a half-second more was given. As well as some short slants and outs that were open if the throw was just made right away. It seemed that he was just shy to make the play right in front of him. Instead, looking to create a bigger play that wasn’t there.

Despite these shortcomings, I wouldn’t put this loss on the second-year quarterback. This one came down to coaching and a lack of discipline by the team. Lance had some great runs that moved the chains. In addition to a few great throws when he was given a clean pocket. Including a 44-yard bomb to Juan Jennings after Lance baited the safety downfield. The coming weeks will be interesting as he continues to develop.

On a high note, the defense had some key standouts in my mind. Talanoa Hufanga had a stellar game, leading the team in tackles. As well as snatching his first interception of the year. He is exactly what the Niners were hoping for at strong safety. It will be fun to watch him and Jimmie Ward on the field together once Ward is back from injury.

Nick Bosa picked up right where he left off in 2021. He along with the rest of the defensive line was wreaking havoc for much of the first half. Getting consistent pressure despite Fields being able to put together some big plays. Bosa finished with four tackles a sack, a tackle for a loss, and two QB hits.

Unfortunately, Elijah Mitchell is another name that will be added to the injury report. Mitchell sprained his MCL in the first half after a hard hit to the knee and will be out for about two months. A tough loss for the team as he was their leading rusher a season ago, and was averaging 6.8 yards through six carries in yesterday’s action. Jeff Wilson, Jordan Mason, and Tyrion Davis-Price will all be counted on to step up in his absence.

Lastly, credit to the Bears for hanging in this game. The first half was all 49ers and the scoreboard was much closer than how it felt on the field. Chicago made some adjustments at half, and of course with some help from the Niners. Were able to rally behind Justin Fields and execute key plays that got them the W. Fields was very impressed with his playmaking ability and resilience through the fray. If this play continues, The 49ers may be the ones wishing they had him on their sideline.

One week down, 17 more to go. We now look forward to next week’s matchup. Where the Niners look to get back on track at home against the rival Seahawks.