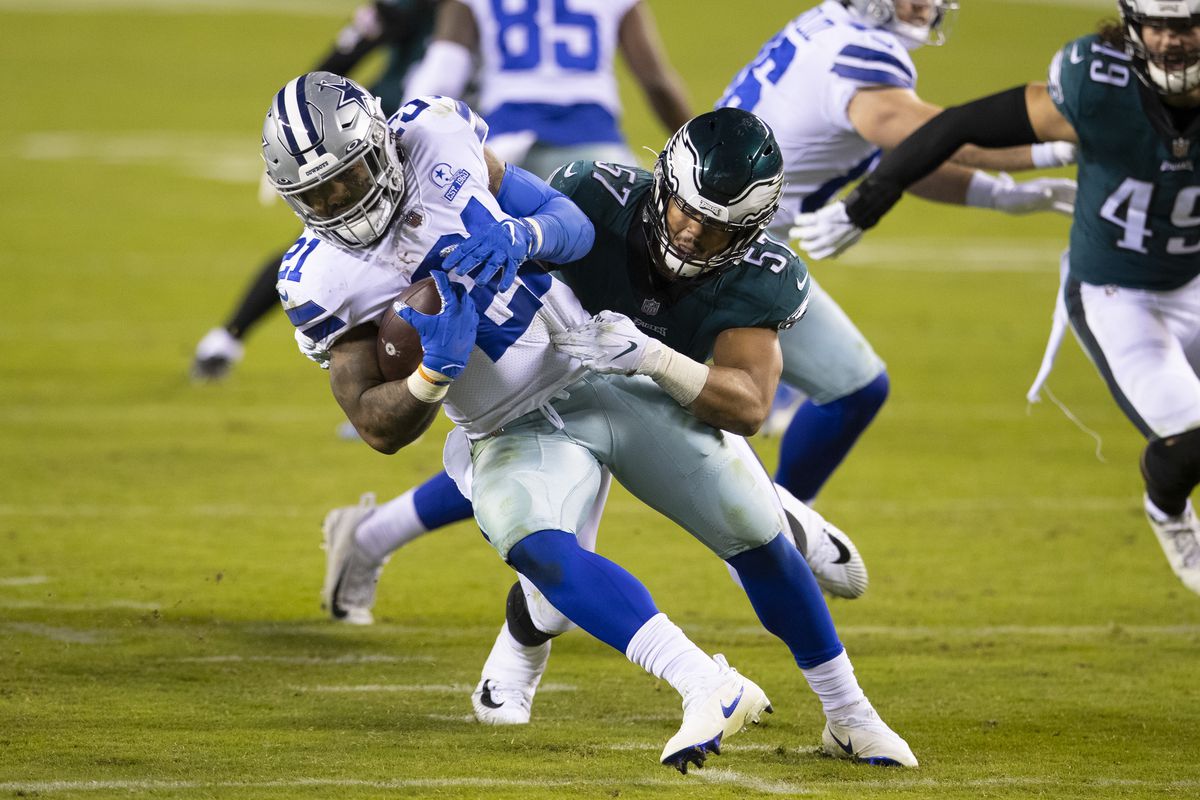 While the game was close for the majority of the evening, it was hard to get excited about anything that Sunday NIght Football brought us yesterday. The Philadelphia Eagles easily beat the Dallas Cowboys by a margin of 23-9 in Sunday’s contest; but this victory might not taste as sweet as it normally would for Eagles fans, as their team made a litany of mistakes which could have cost them the game.

Carson Wentz narrowly outperformed the starter for the Cowboys, a seventh round selection out of James Madison named Ben DiNucci. The Eagles’ starter threw for a measly 123 yards and completed only 15 of his 27 attempts. Wentz did everything in his power to keep Dallas in the game, throwing two interceptions to rookie Trevon Diggs and losing two fumbles as well.

DiNucci, while he did look like a serviceable quarterback at times, seemed to be completely overwhelmed throughout the game. The Dallas offense failed to find the endzone and was forced to get points off the leg of Greg Zurlein. Like Wentz, DiNucci also lost a pair of fumbles, one of which was scooped up and ran back for a touchdown by Philadelphia’s Rodney McLeod.

The one brightspot of the night for Dallas was its defense. For the first time in what seemed like an eternity, the Cowboys played a solid game from a defensive standpoint. DeMarcus Lawrence finally played like the highest paid player on the team, and guys like Jaylon Smith, Donovan Wilson, and Trevon Diggs all played up to their potential. Dallas’s defense helped put them in position to win the game, in fact, Dallas was up 9-7 going into halftime.

The offense, on the other hand, looked absolutely atrocious once again. In the past three games without Dak Prescott, the Cowboys have found the endzone only a single time – and it was during garbage time against the Arizona Cardinals. They have scored fewer points in their last three games than Dak Prescott scored in his last 4th quarter with the team. There is simply no way this team can win games with DiNucci at quarterback. Hopefully, Dalton will return soon to bring a little life into this corpse of an offense.

Bottom line, Andy Dalton probably would have won that game for the Cowboys and Dak Prescott definitely would have. For Cowboys fans, this season appears to be a complete wash at this point. Even though the divisional crown is 100% still within reach, it almost seems pointless to try and win; because if this Cowboys team does make the playoffs, it will get absolutely flattened by whatever team it faces. My advice? It is time to start officially tanking. Jerry Jones and company should be working hard to secure a top-five pick in next year’s draft.

Another Heartbreaker For the Bolts
NFL Week 9 Power Rankings