Social Media: A Blessing and A Curse In The Sports World 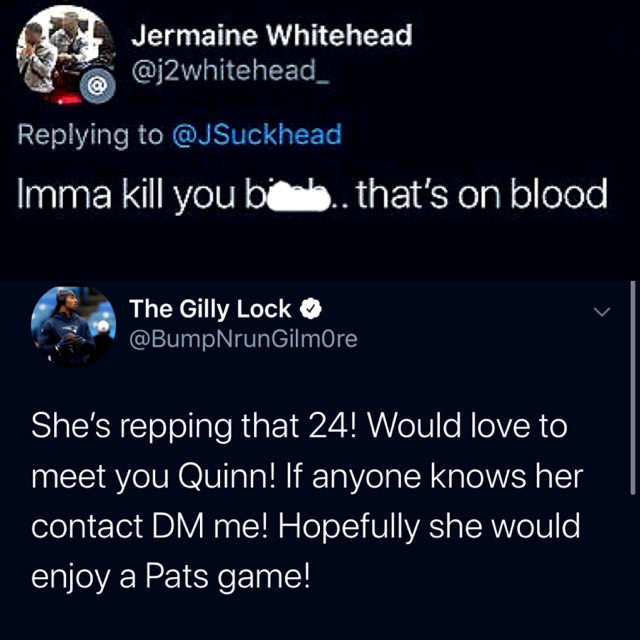 In today’s society, social media is the one thing people cannot go without. People constantly spend their lives with their faces buried in their phones, whether it’s posting on Twitter, Facebook, Instagram or Snapchat. Professional athletes are no different. The big difference between these athletes and others, is that the athletes have hundreds of thousands of followers and the whole world is watching them. Social media for athletes, though, has always been a blessing and a curse. One tweet, in some cases, can lead to being released and stuck jobless as an athlete, or for anyone in a professional position. However, some tweets can show just how amazing others can be.

A recent example of the problems social media can cause is the drama that recently erupted from former Cleveland Browns safety Jermaine Whitehead. After suffering a 24-19 defeat to the Denver Broncos, Browns fans jumped onto Twitter to call out Whitehead for his lackluster performance, and he retaliated by hurling racial slurs and threats to the people who called him out.

“Imma kill you b—-.. That’s on blood” said Whitehead responding to a fan during his outburst on Twitter.

Shortly after the “tweetstorm” by Whitehead, he got released by the Cleveland Browns and is still currently unemployed in the NFL. However, this doesn’t only affect the NFL, Houston Rockets GM Daryl Morey shared a photo on Twitter that read “Fight For Freedom, Stand With Hong Kong,” and that caused an uproar. Between almost losing his job and fans outraged, this is just another example of the negativity that Twitter or any other form of social media can cause.

However, social media isn’t only negative. Just like how common finding a controversial tweet from an athlete, it is just as common to find a heartwarming story, as well.

Frontrunner for Defensive Player of the Year New England Patriots cornerback Stephon Gilmore proves that social media can lead to positivity. A little girl in Rhode Island was bullied at school for playing football, and after Twitter user “@StreetStories12” shared a video of her playing, Gilmore caught wind of it.

“She’s repping that 24! Would love to meet you Quinn! If anyone knows her contact DM me! Hopefully she would enjoy a Pats game!” said Gilmore after retweeting the video. Since the tweet, there has been no update on if Gilmore found the girl, but he is looking forward to it.

“It’s a sad situation, but I’m happy for her,” Gilmore told NBC Sports Boston. “I’m happy she’s focusing and having fun playing football. I think she should be happy and not let nothing affect her on the outside, be happy to go to school, be happy to play sports. Hopefully I can connect with her soon.”

Another example of positivity from social media starts with PIttsburgh Steelers wide receiver Juju Smith-Schuster. When Smith-Schuster first got drafted into the league did not know how to drive and had his bike stolen. He began a Twitter trend with the hashtag #JusticeForJujusBike. Since then, he’s become a fan favorite player in the NFL and has a huge social media presence, between streaming Fortnite on Twitch and interacting with fans on Twitter, he is always positive on social media.

Unfortunately, there will never be a way to prevent people from posting negative content on social media, especially influential people such as professional athletes. One possible way to curb the number of negative or controversial things being posted could be to include it in contracts to help players strive to remain more professional. Athletes have an image to uphold and have a true impact on the people who admire them. Therefore, social media is not simply about personal posts, but about being a good role model for their fans.

Social media is something of a double-edged sword. Used in a positive way, it can inspire people and help players and fans connect in meaningful ways. Used negatively, it can serve to hurt people, damage public images or even sever ties between countries. Like The Constitution, social media assures users of freedom of speech… for better or for worse.

Cam Newton Serves Up Heartwarming Dishes
Jameis Winston, An Enigma We Are All Trying To Figure Out